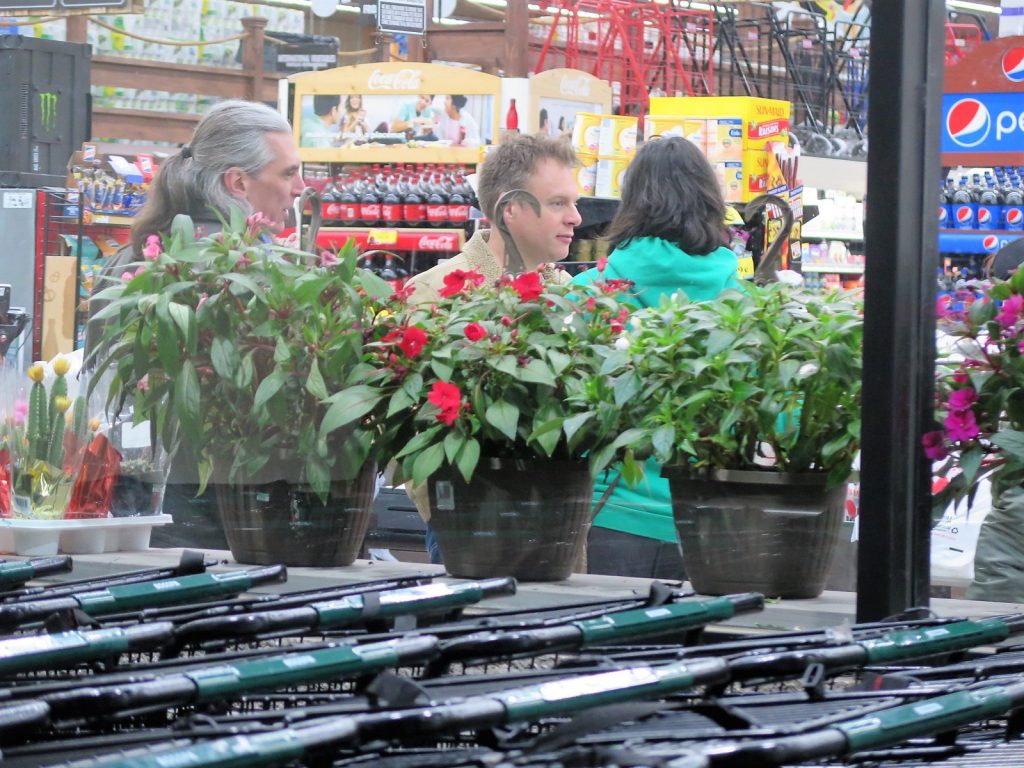 It was this moment… the one that sparked a clarity. We’ll come back to it later because there was still a whole day ahead of it.

I was out sitting on the stoop at 5 AM with coffee at hand. Once again I was watching the residents of this working class neighborhood start up their day. I even managed to catch a couple of pictures of the teens going off to school that I mentioned in yesterday’s post. 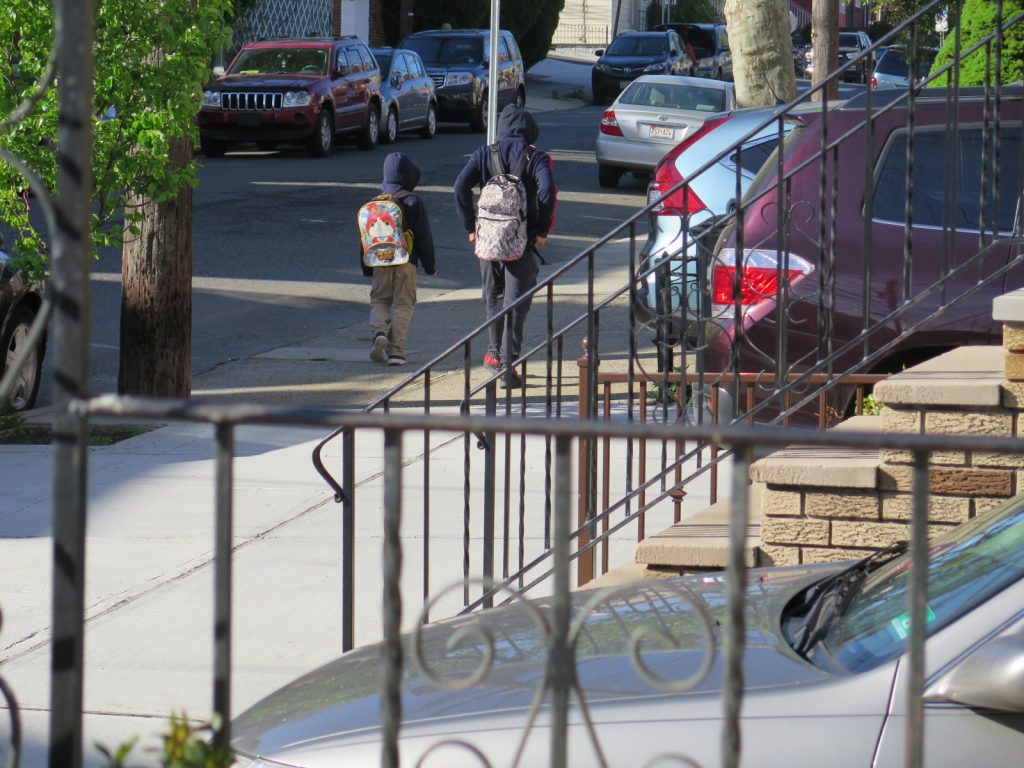 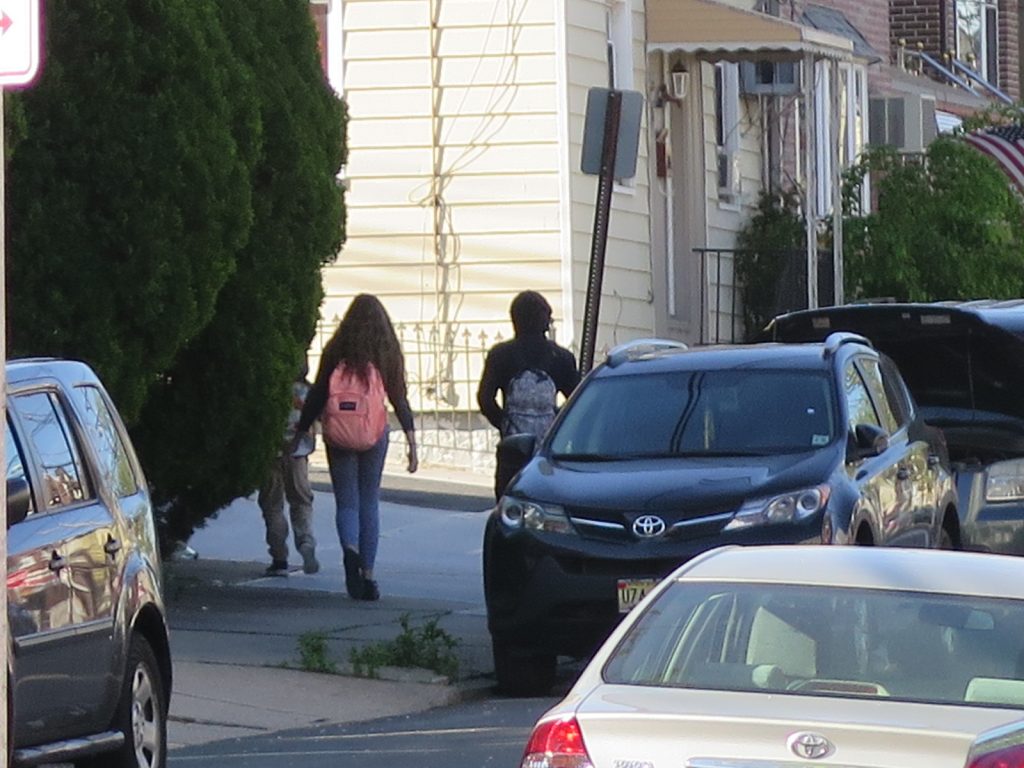 Soon after Kurt joined me at “salon east” wielding his bowl of cereal. I’d like to call this picture “MogFitz in his natural habitat.” In case you’re wondering… we sometimes refer to Kurt with is moniker… short  for Mogul Fitzpatrick. 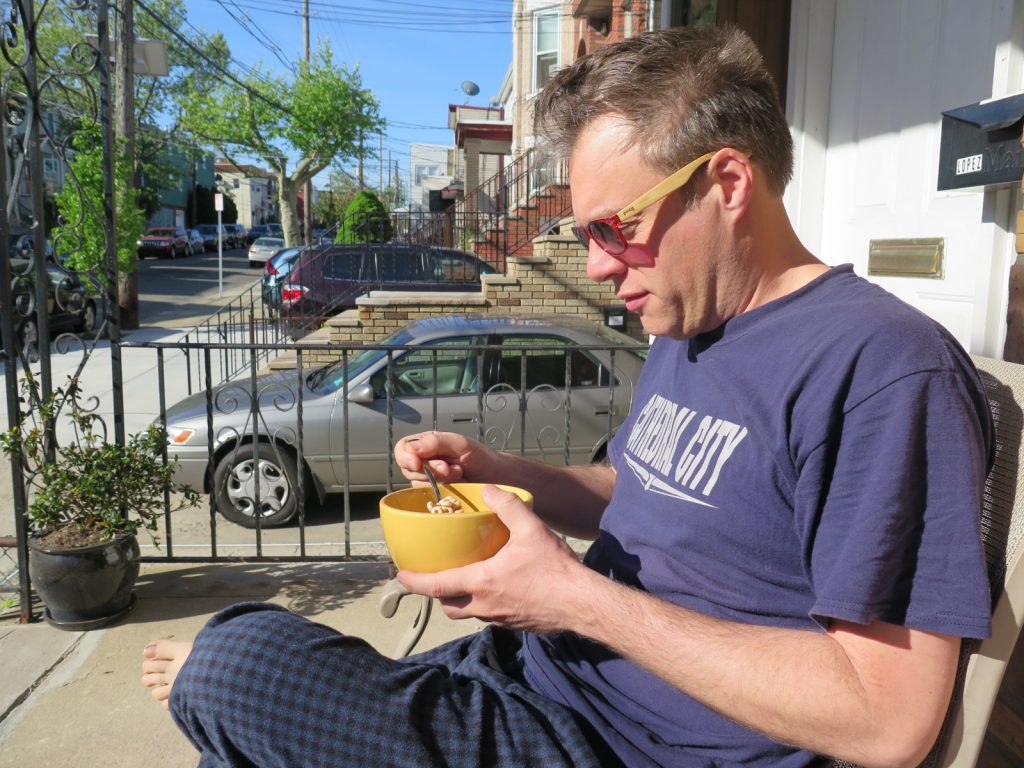 Then I decided to go for a walk. Sure, I had been walking a lot since I’ve been here but this was really the first time I actually took my usual morning walk as I am wont to do when I’m home.

It’s a nice neighborhood. Some houses are old and some are newly built though most fit into the motif of the area. There are quite a number of churches too… some really nice old ones like St. Anne’s. It was a good 45 minute walk… but when I got back I discovered I was locked out. All these late sleepers!! 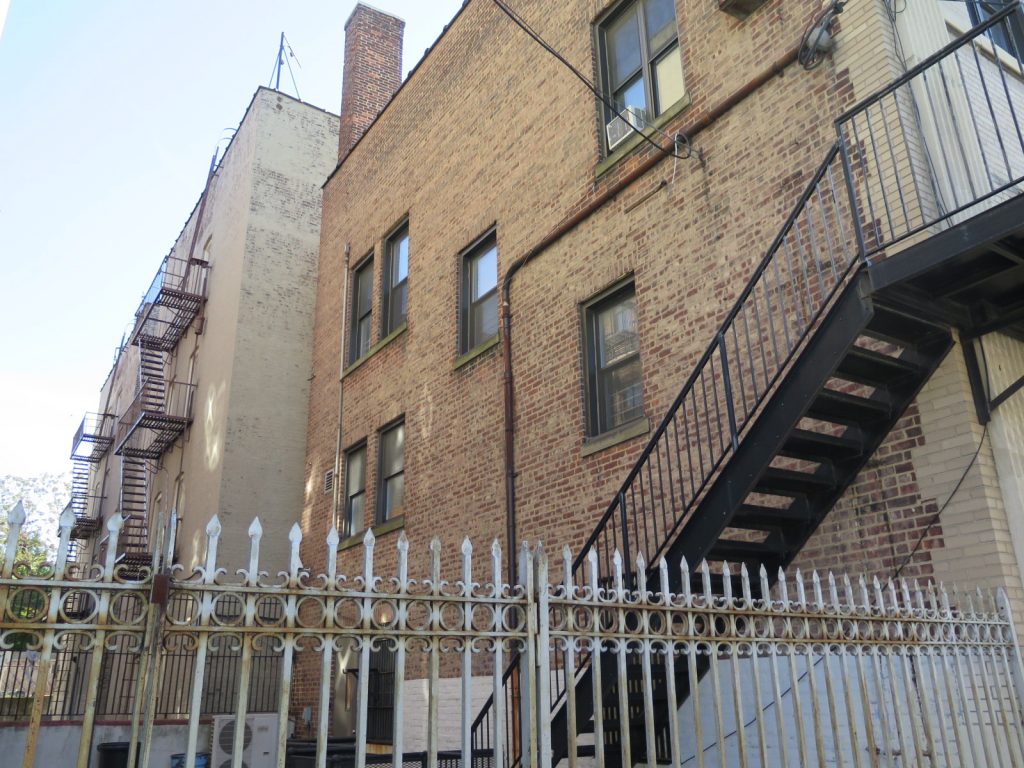 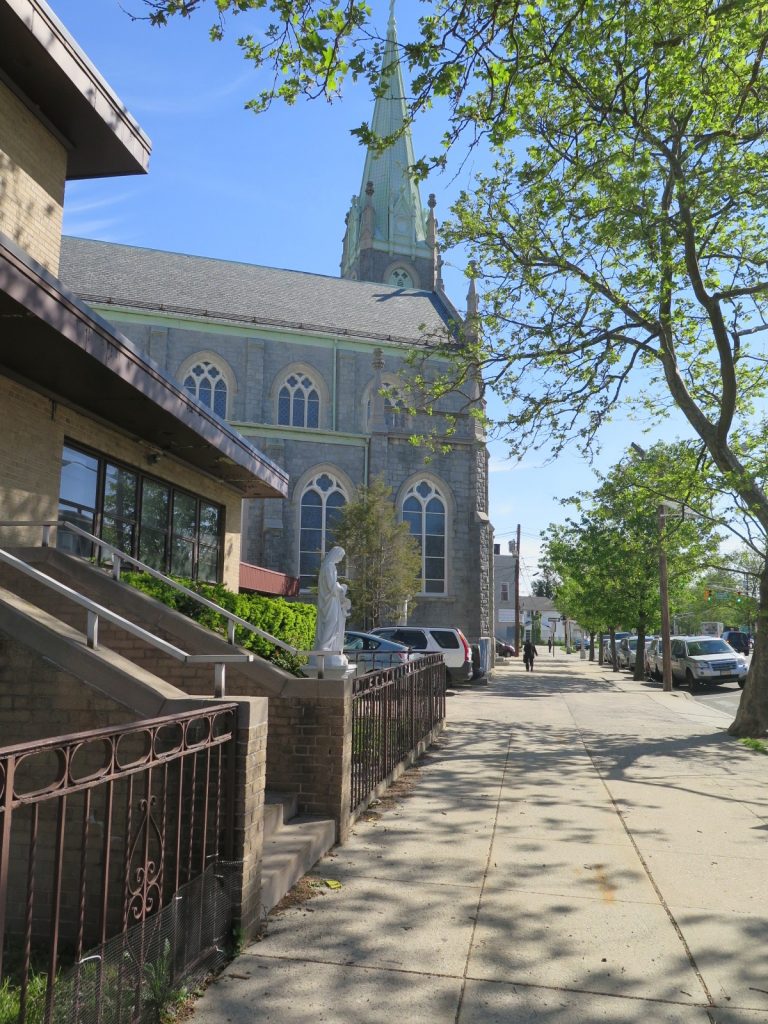 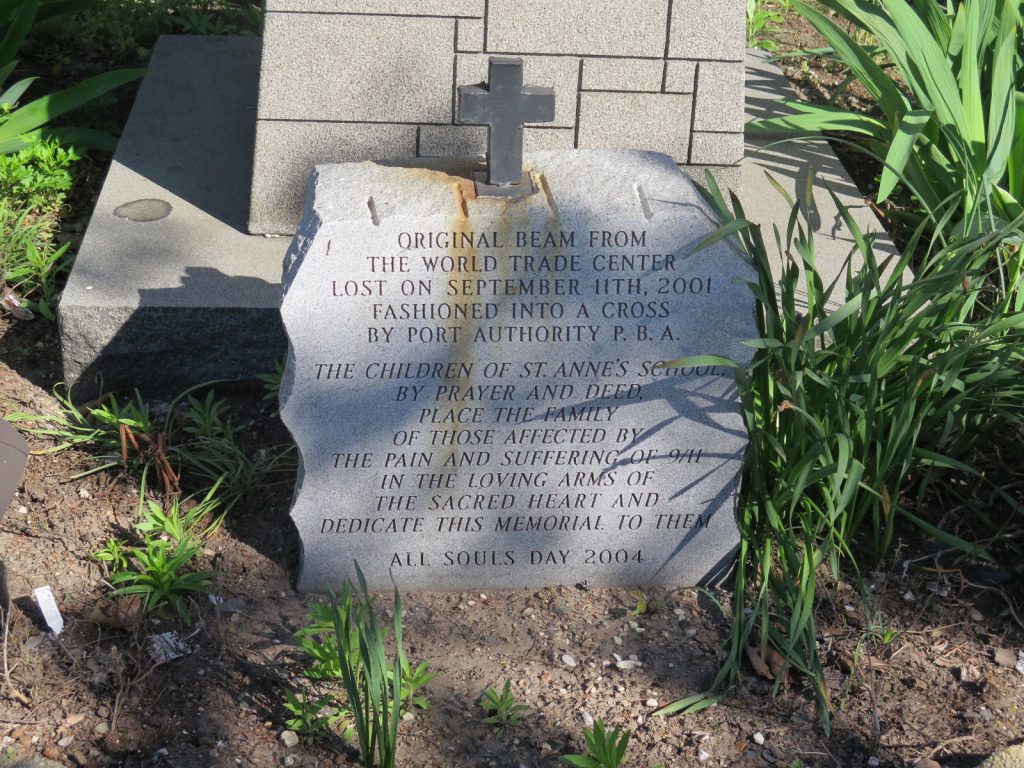 It was a good thing I had arranged to meet Lisa for coffee. She arrived soon after and we headed out to a local joint… Modcup Coffee Co. Was the coffee good? Yep… and the place was situated right across from a local park that boasted a view of New York. So, we situated ourselves on a park bench and did some catching up.

We really did not have an opportunity to do so the day before so this was a good thing. She then dropped me back (Rogue folk might find amusement that Lisa now drives a Nissan Rogue.) as the day’s shoot schedule was slated for that afternoon. 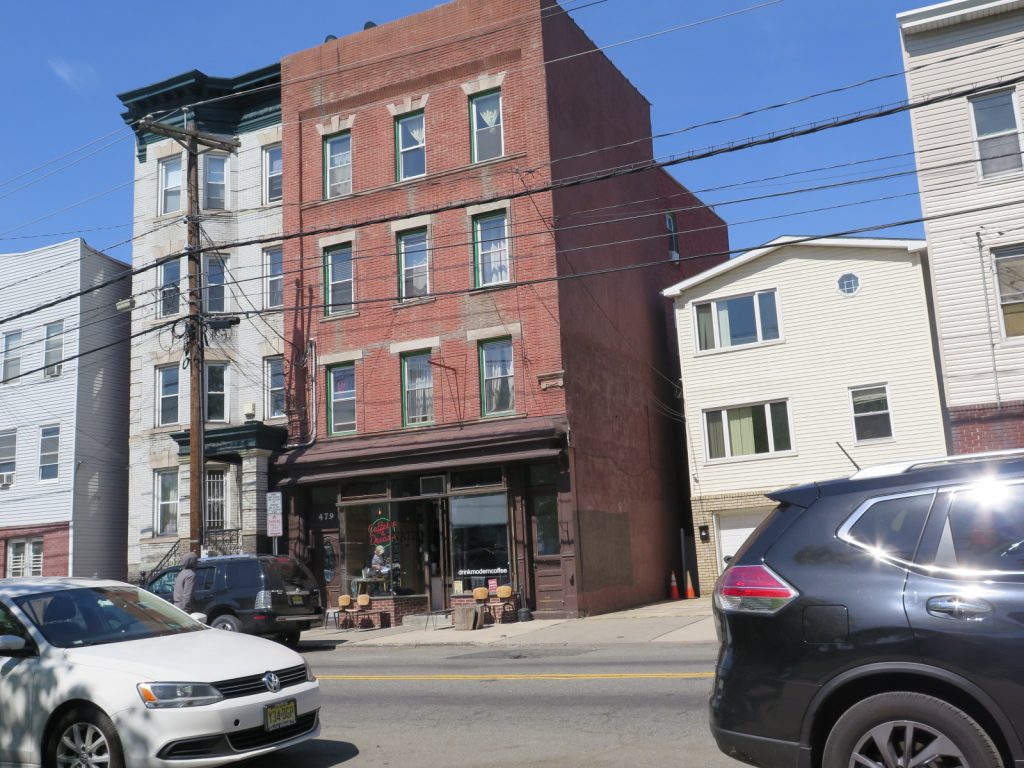 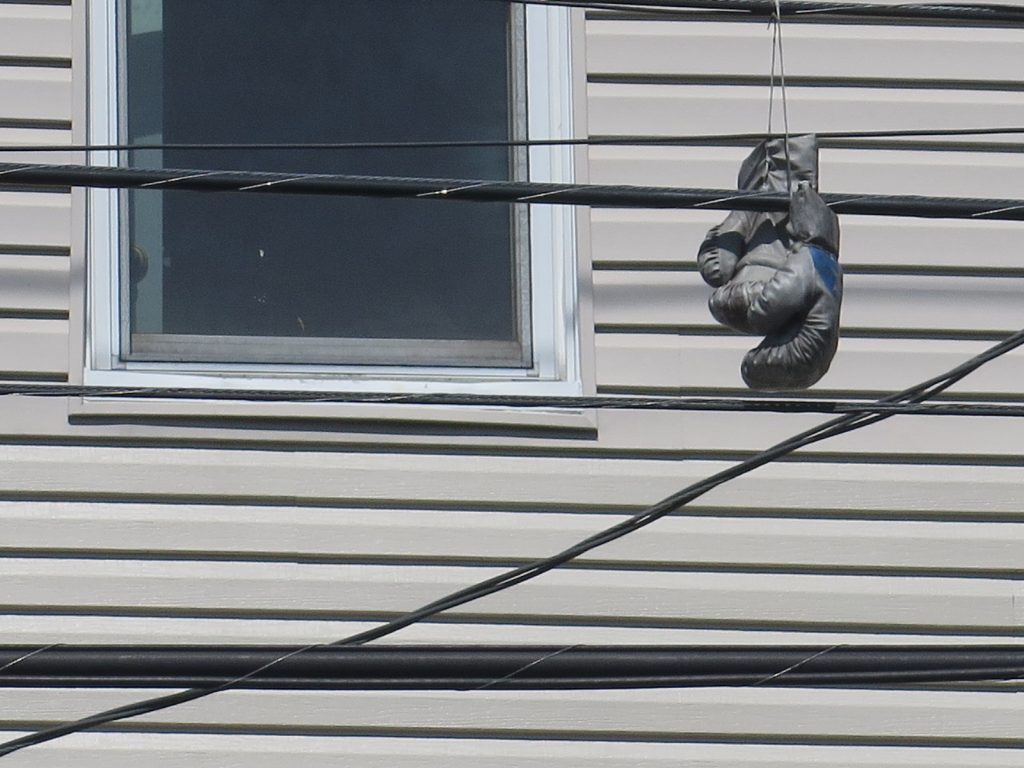 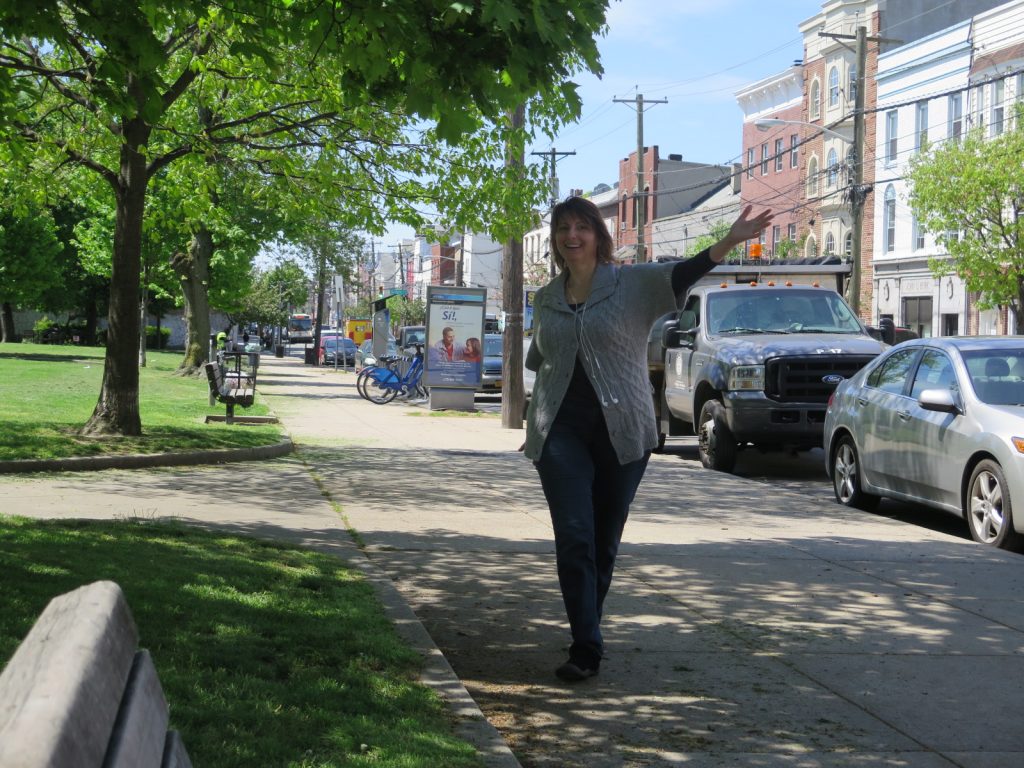 There were four blocks of shooting scheduled for the day. The first was at a nearby park… not the same one that Lisa and I had gone to earlier. This one had a view of industrial Jersey.

Then there was lunch at the historic White Mana. Historic?! Yep, it was part of the 1939 World Fair… part of an exhibit about the future of fast food. I had the special – 3 cheese-burgers, fries and a soda for $7. Yes, it was really quite good. Then, some minor shenanigans across the street. 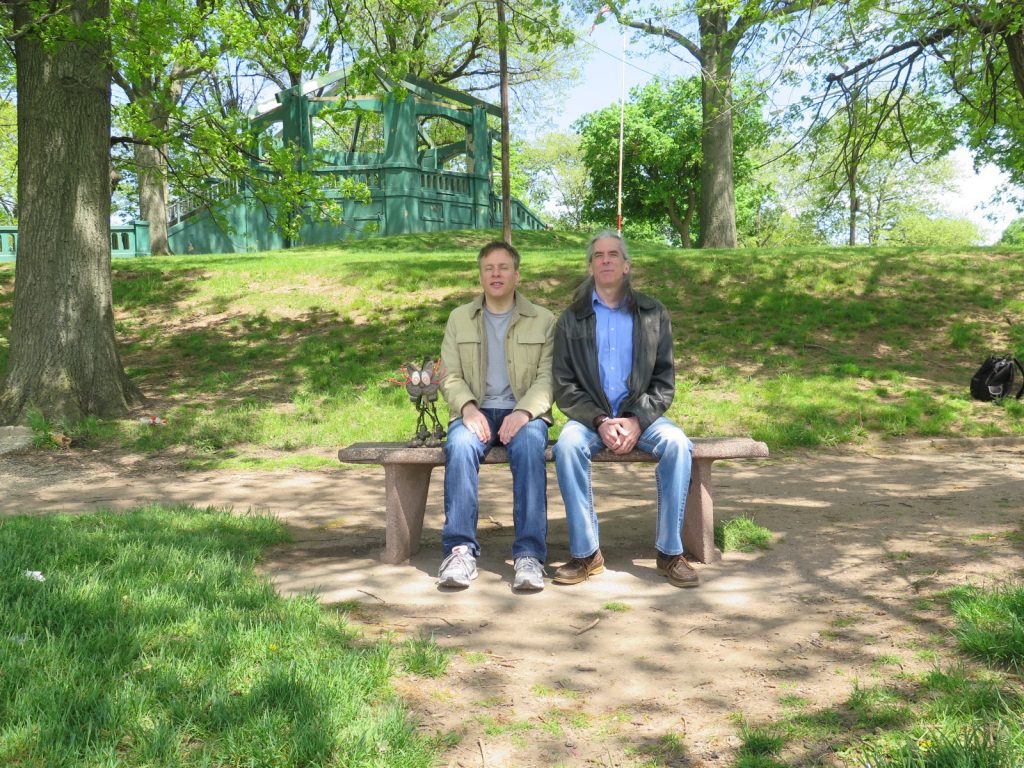 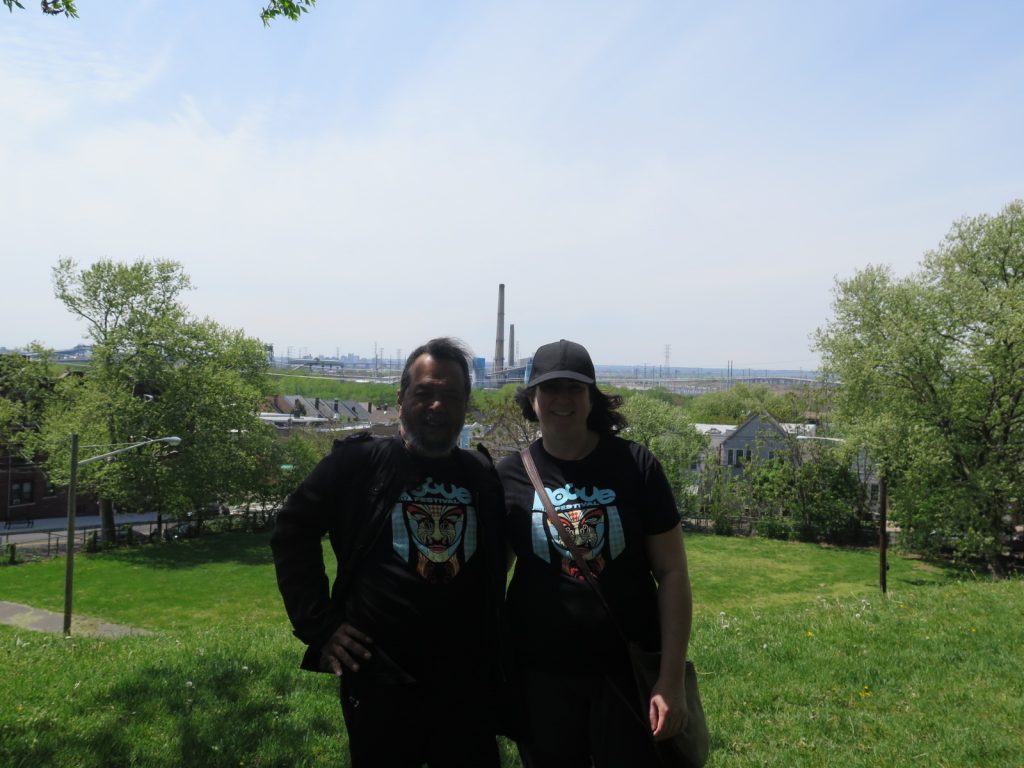 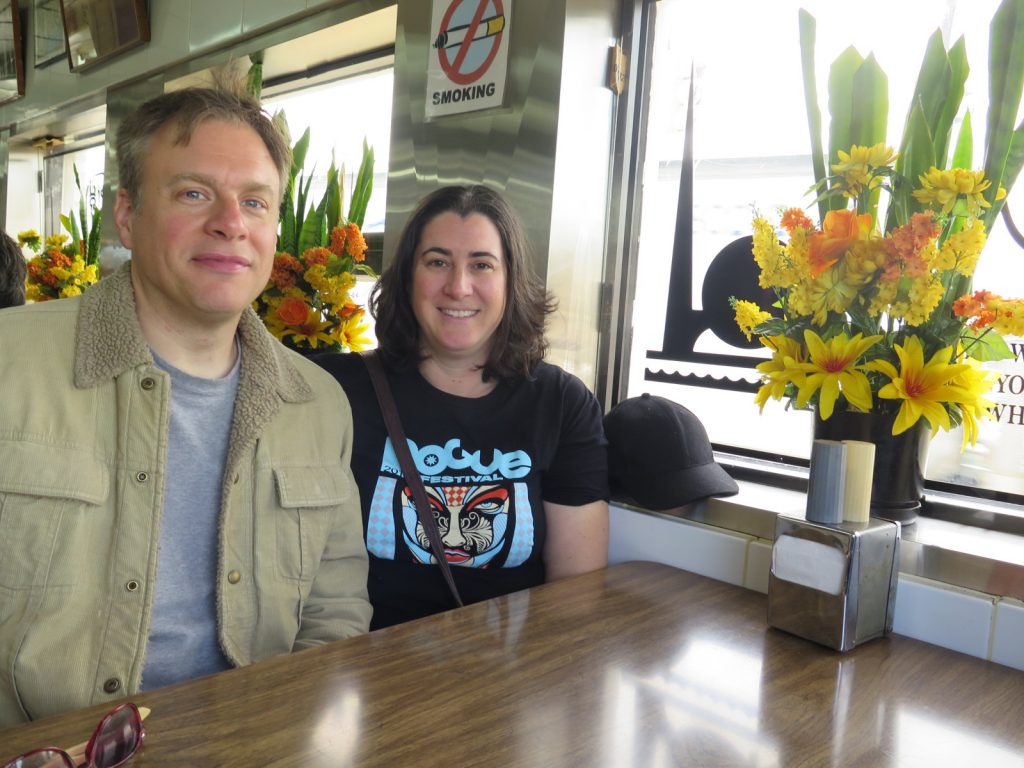 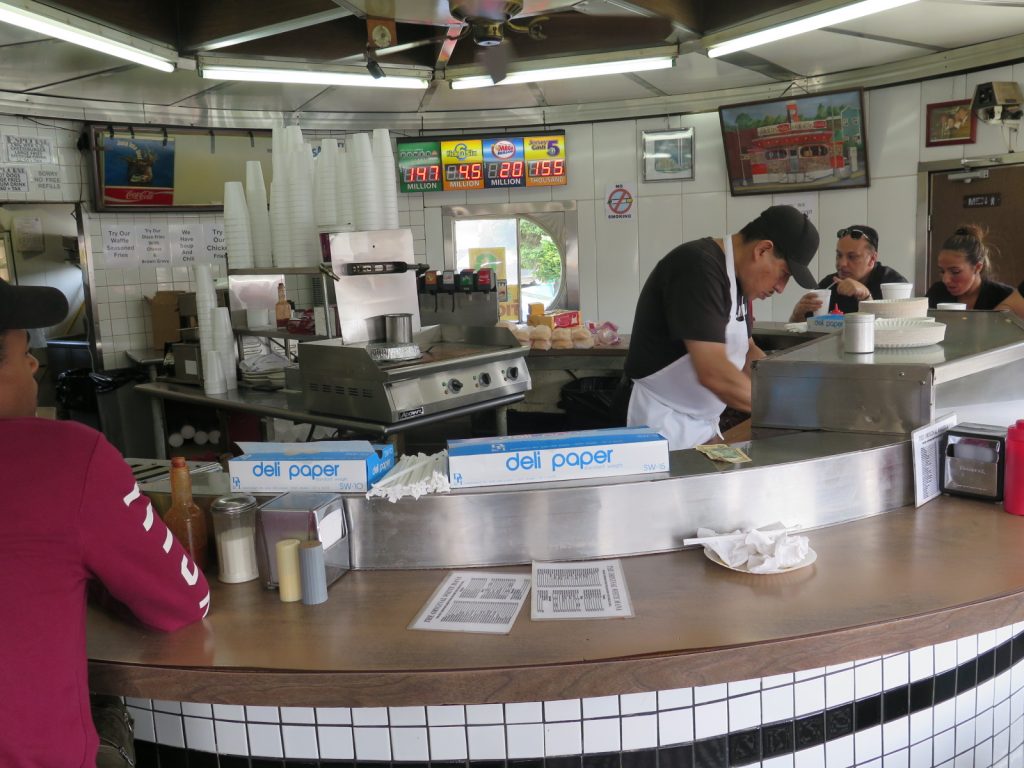 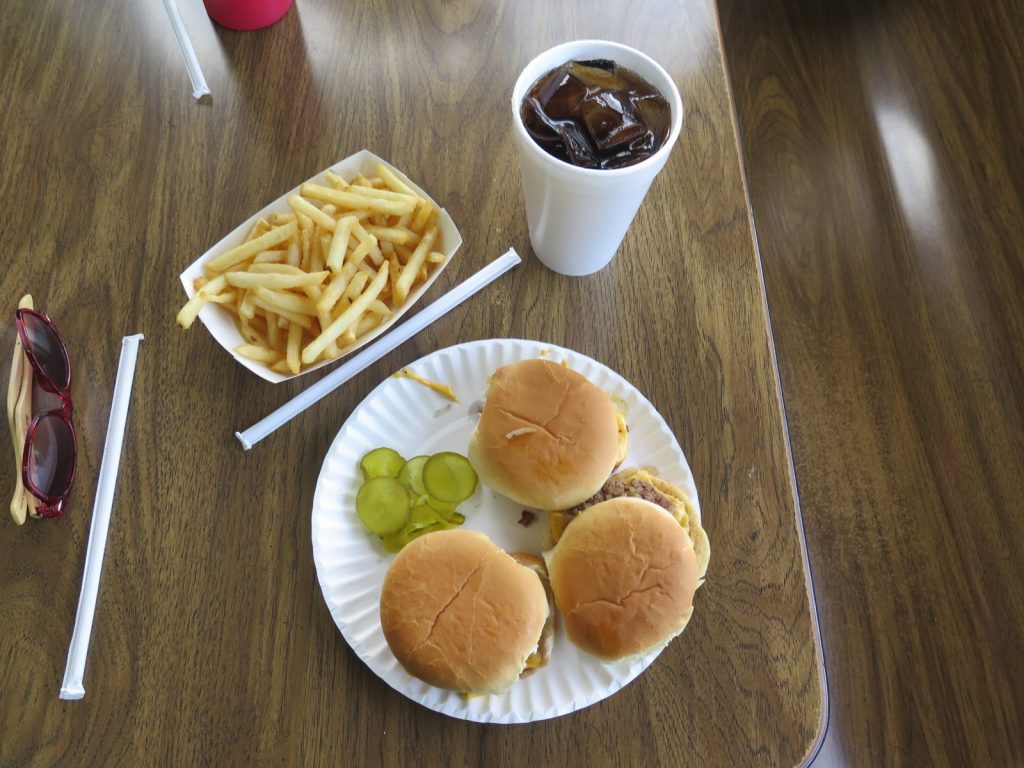 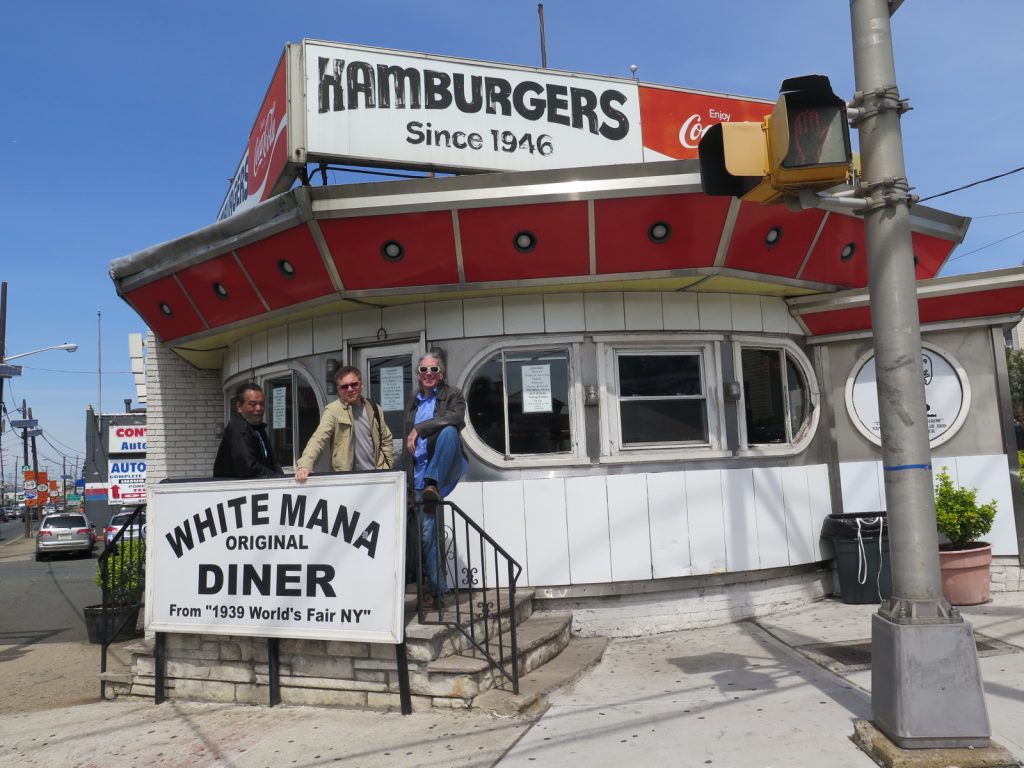 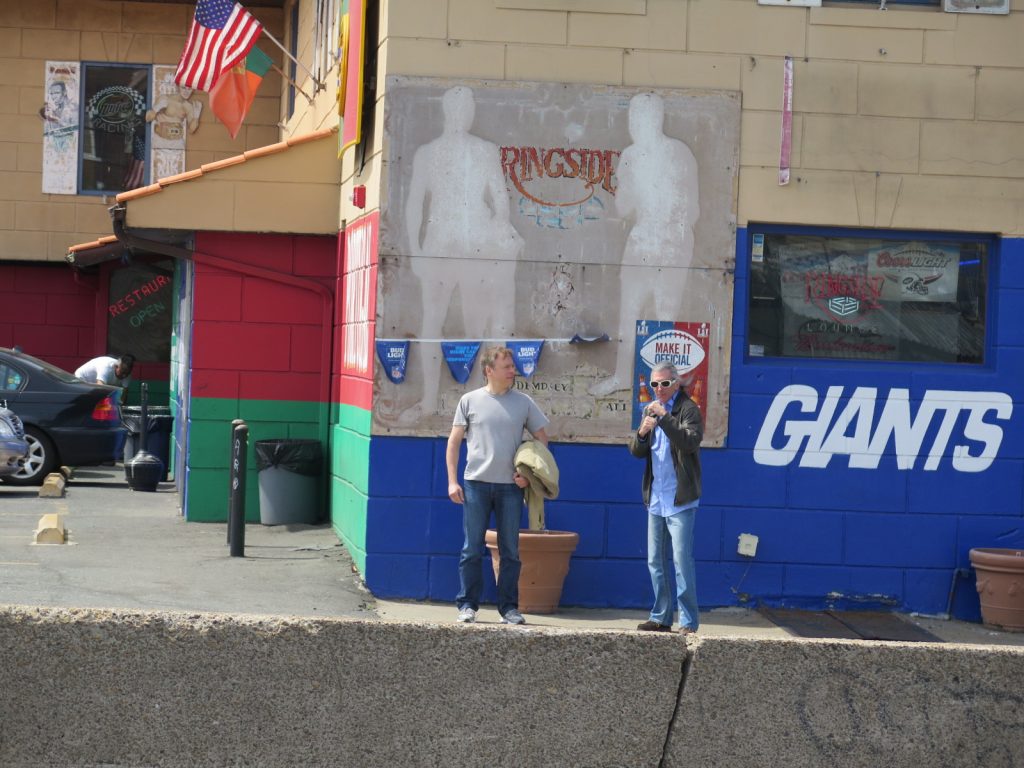 Then, it was back home to shoot a scene which took place at a motel reception. An actor came in from the city… and I got pulled in for front of camera work. So, as of yesterday… I’m actually in the TV pilot of “Campus Martius”.

Then there were two more location shoots. One at a Motel, another by a bridge and a special effects shot back at Kurt’s place. 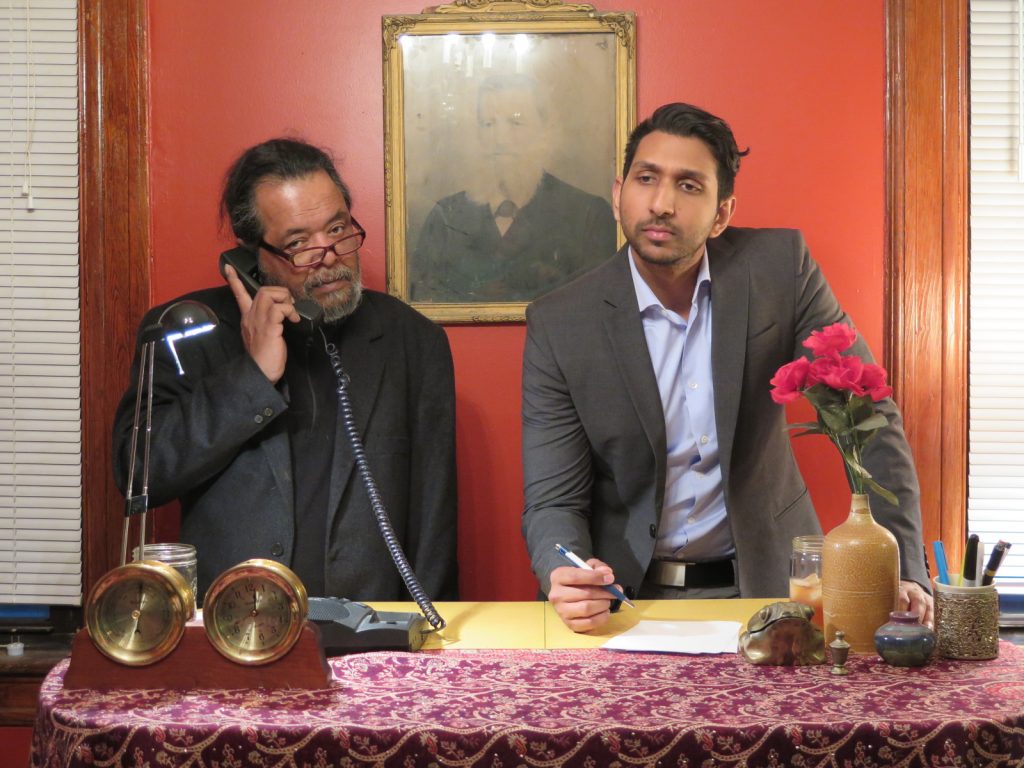 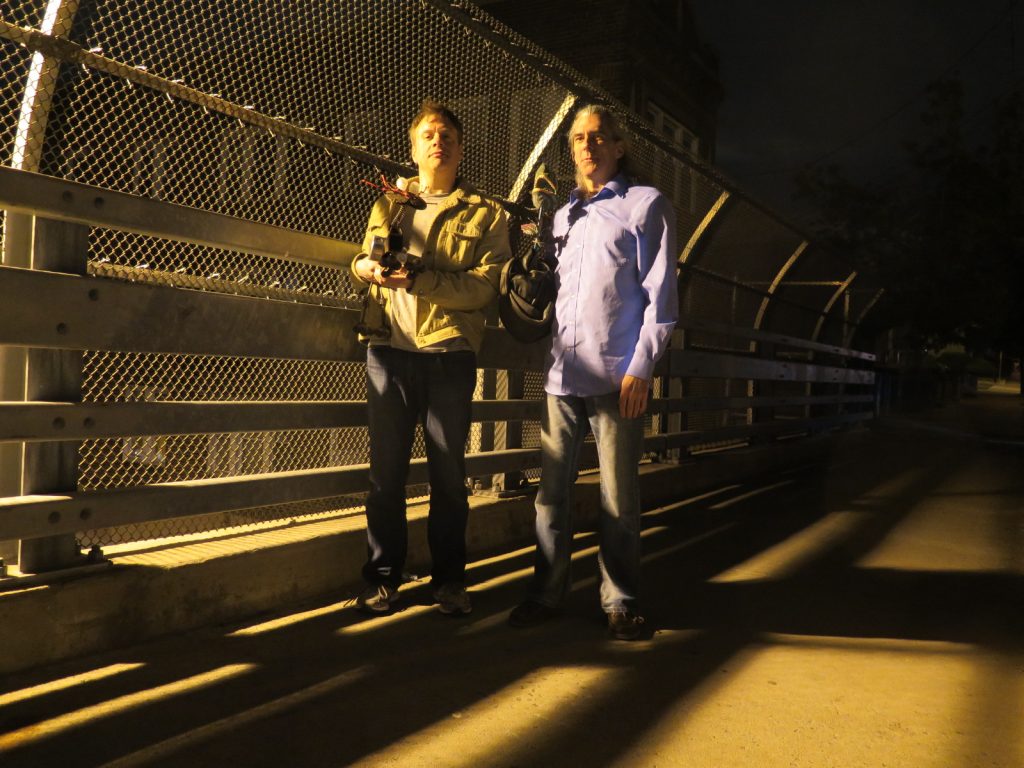 And all this brings us back to the picture at the top. You see… somewhere in that mix we also decided to do some food shopping at the local Food Bazaar. I had already done my shopping and was standing out in the night when I took that picture.

I suddenly thought to myself,

“I’m standing outside a market in Jersey… I can see three people I love, and have been working with on a project… Cuban tunes are playing at a robust but not unpleasant volume… I am here and this is grand and bloody magical!”

I was suddenly reminded that I’m using this adventure as a personal reset… and at this moment, I am closer to myself than I’ve been in years… and feeling whole. It is a feeling I’ve been missing for a while. Of course, there is more to go… but I AM getting there.

Perhaps I’ll expand on this in a post tomorrow… after I sort out how I want to articulate it. Until then… Cheers!