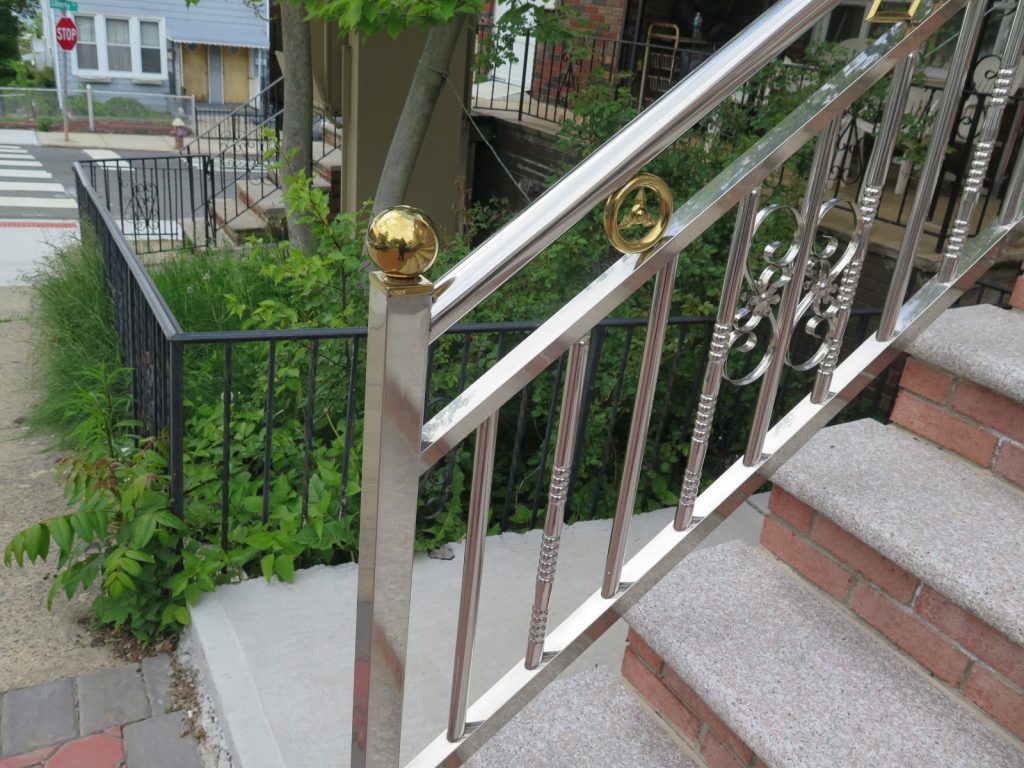 One of the things I noticed in Jersey is they like their brass and chrome here. You see it on banisters, railings, etc. You like your Bling… I can respect that.

In the time I’ve been here I’ve enjoyed taking it in. I’ve  been to and through several towns and places… Jersey City, Teaneck, Union City and Hoboken. They all have different profiles and it has been a fascinating ride. So, Thank You, New Jersey and especially Kurt, Xan and Kevin for hosting me. It has been fun. 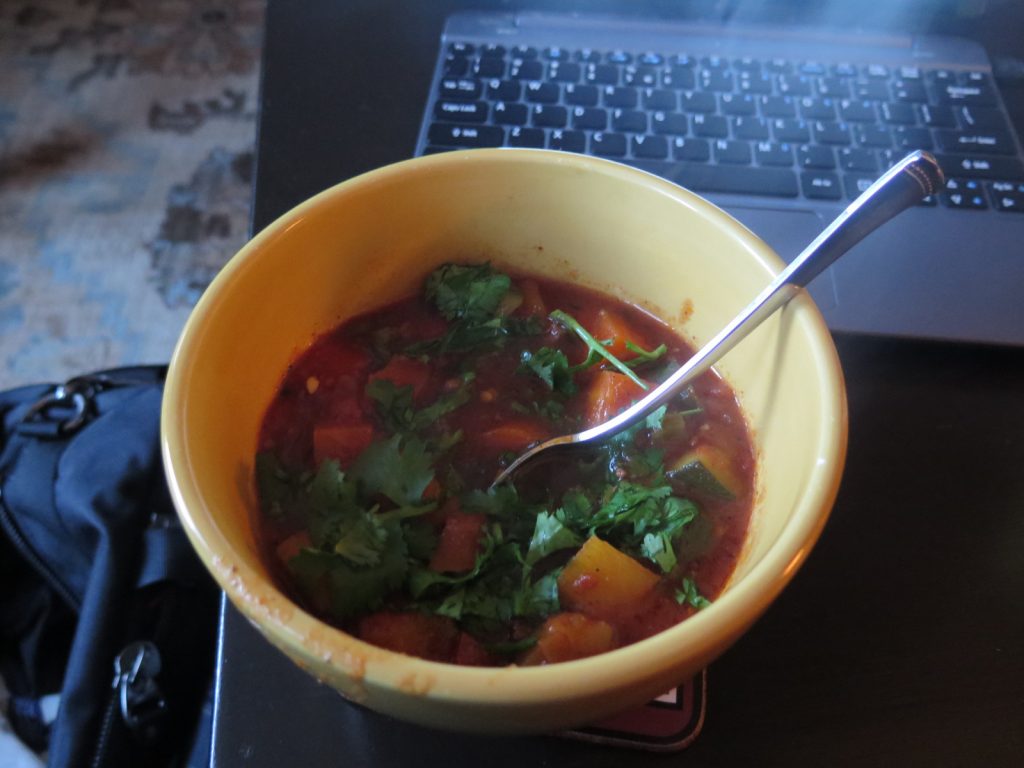 The night before I left Xan cooked up a yummy chilli. Then early the next morning It was a ride to Penn Station in Newark. .I was glad to get there a little early so I could check it out. It’s grand… but in a working class sort of way… kinda like a lot of the folk who live in this state. So, the decor could easily fall under “working class art deco”. 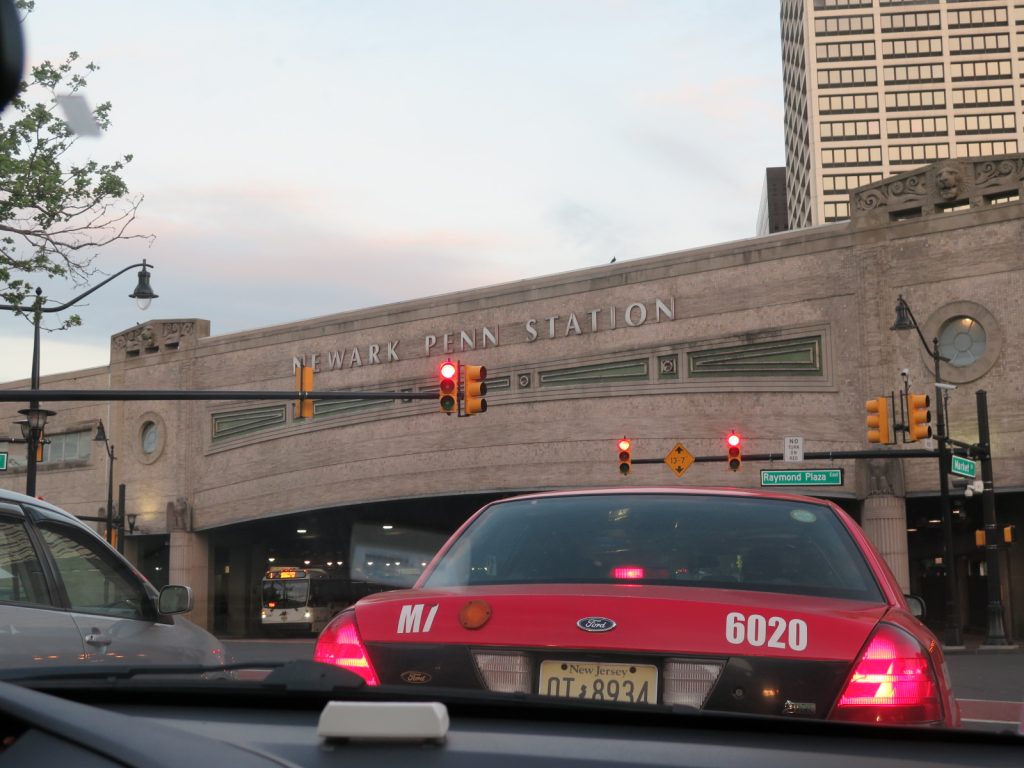 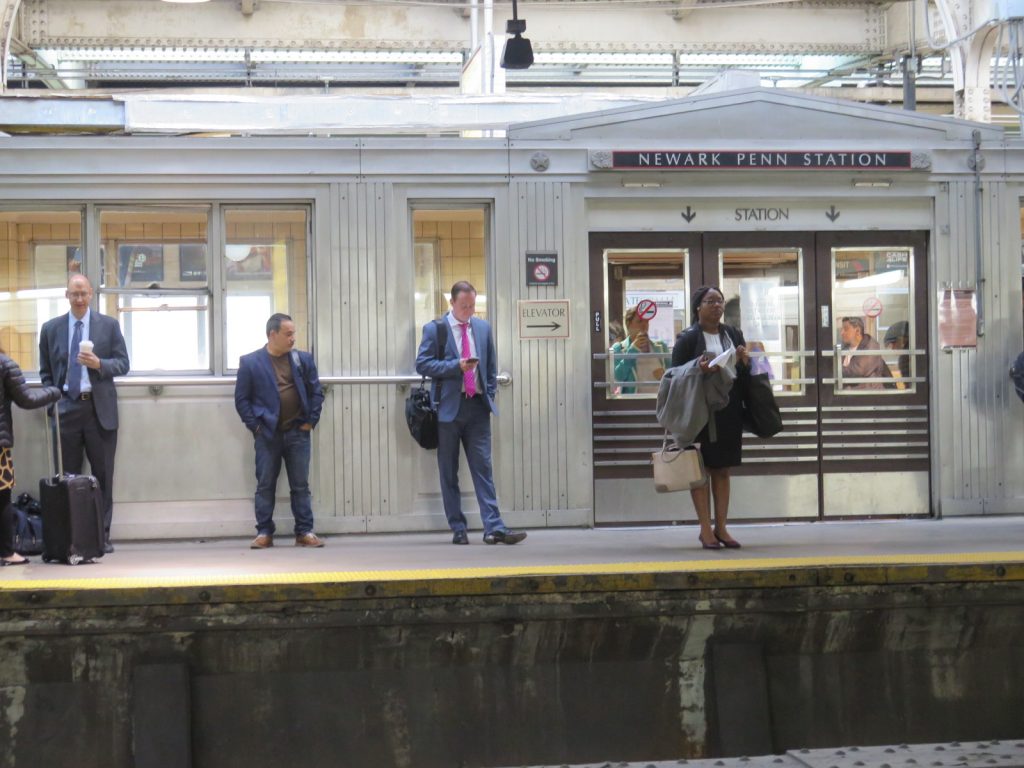 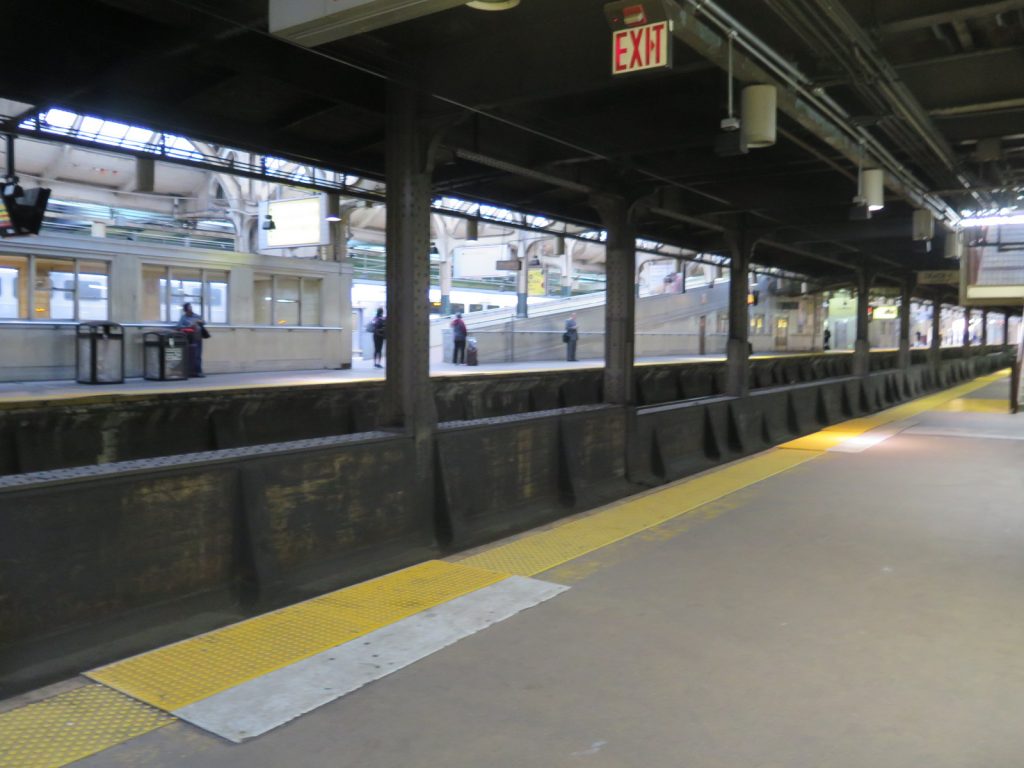 Then it was on the train on the way to Boston. There was a long stop at New York. About half the passengers disembarked and the crew was swapped out. (See… I’m hep to the crew change thing from the first leg of this adventure… I’m observant like that.) The train then chugged out of the station (coincidentally also named Penn) and we were on our way.

This is a nice ride too… as the train rides through upper New York, Connecticut, Rhode Island… pretty New England scenery and towns. 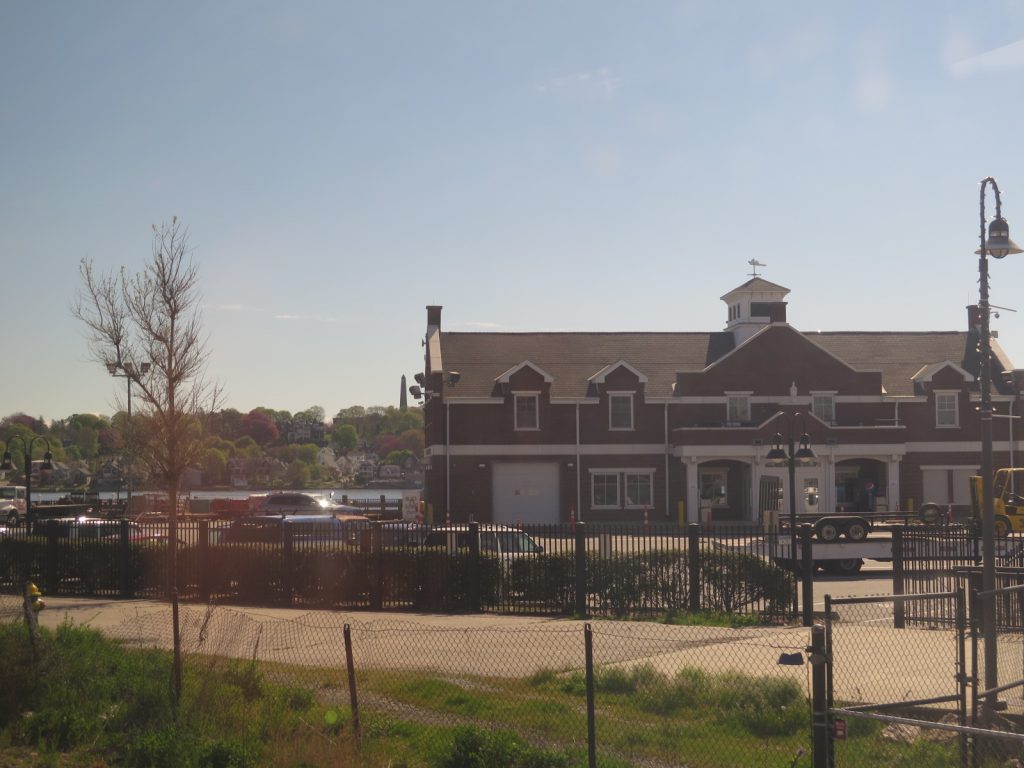 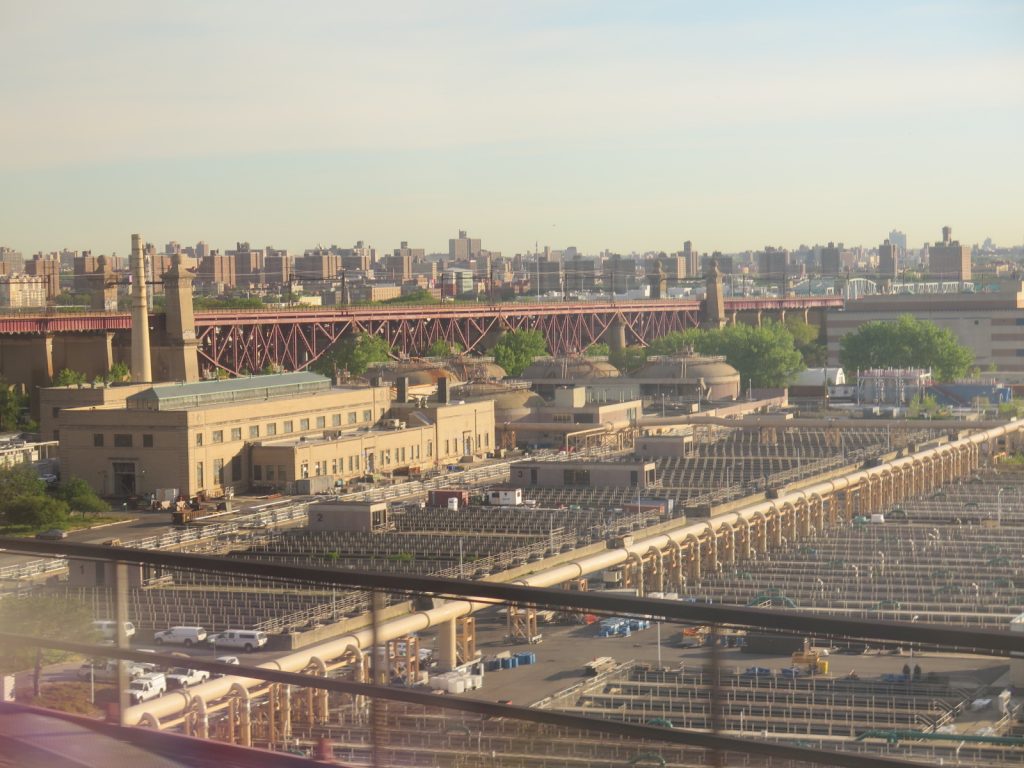 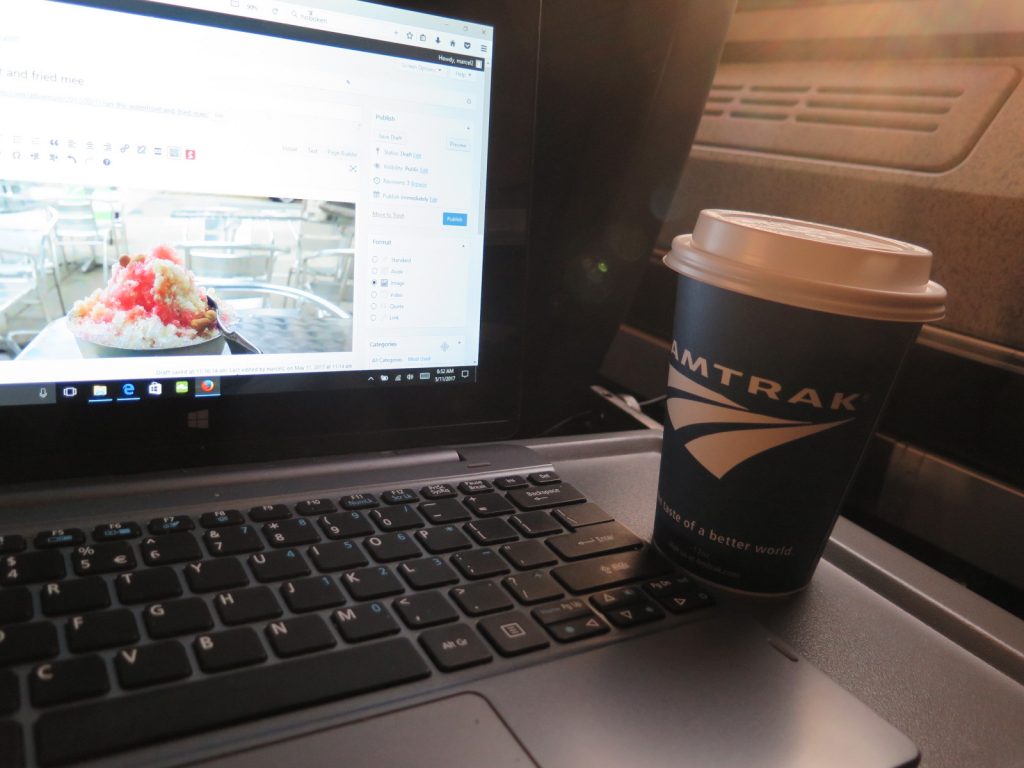 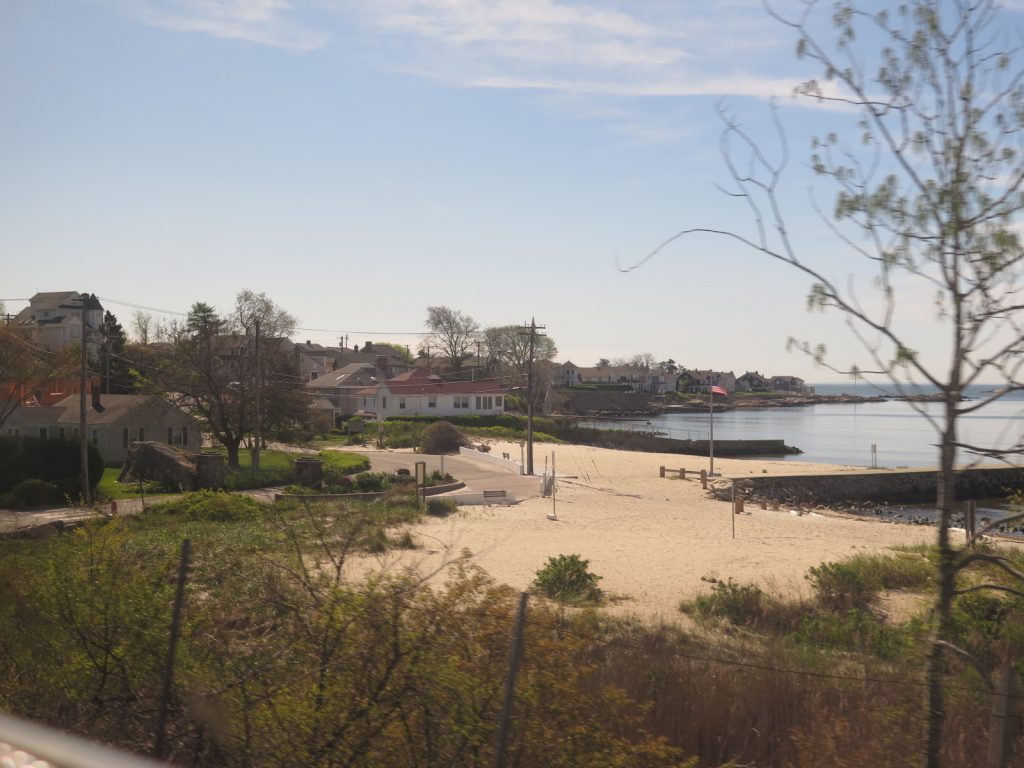 Yes I used the ride and time to blog with a little coffee. Note: the wifi signal only dropped out once but it was the strongest signal I’ve experienced thus far on (at least) these train rides.

Got into Boston only a couple of minutes late. Called my friend Karim who was supposed to have been meeting me. We arranged to meet on the street. Minutes later here he was from around the corner. (And… no… that picture below was not posed at all.) Another adventure was coming up soon… but I’ll leave that for the next post. 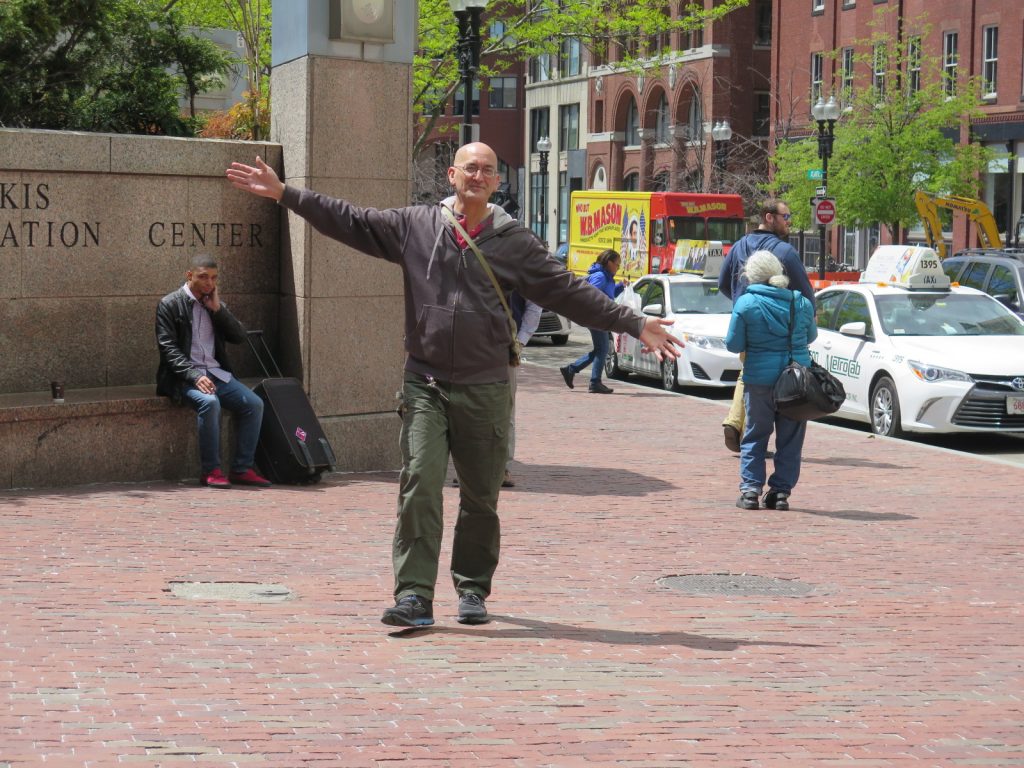