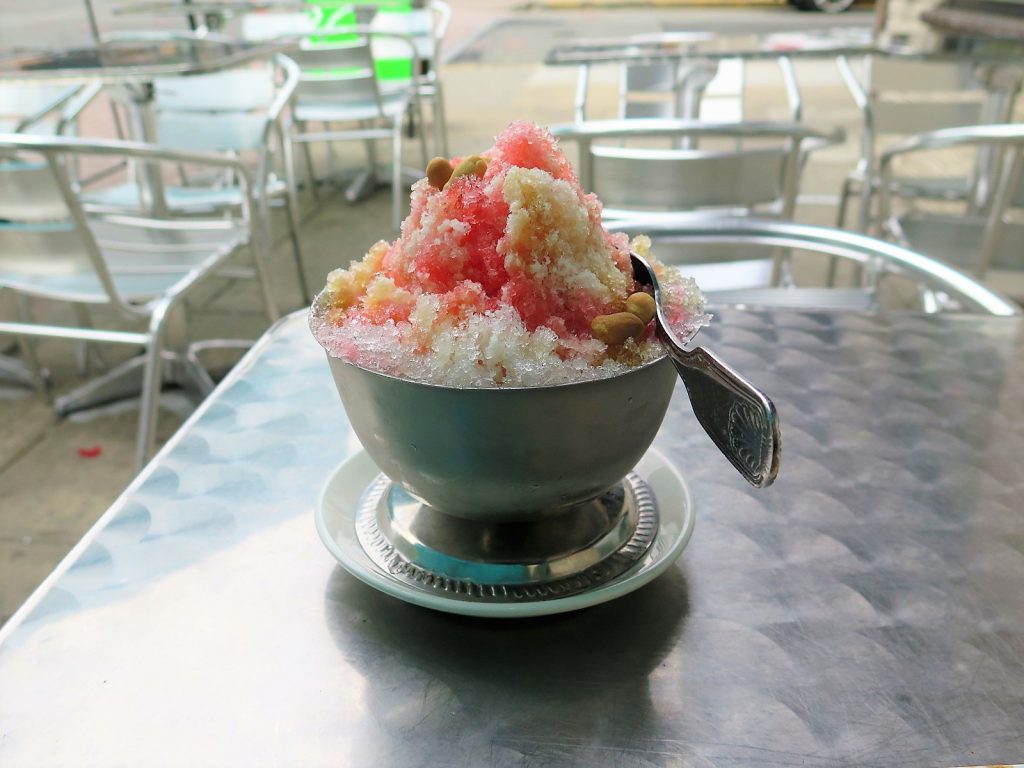 (Since I’m  blogging from the train between Newark to Boston… with spotty wifi the post will only go up later in the day.)

Going down to Hoboken for me actually meant getting into an elevator off Congress St. in Jersey City and descending down to…  Hoboken. Sure, you can apply any metaphor to this you want… and I’m sure you will. Anyway, that’s how my walk today began.  The elevator door opens and I am in the town, that among other things, brought Frank Sinatra to the world. 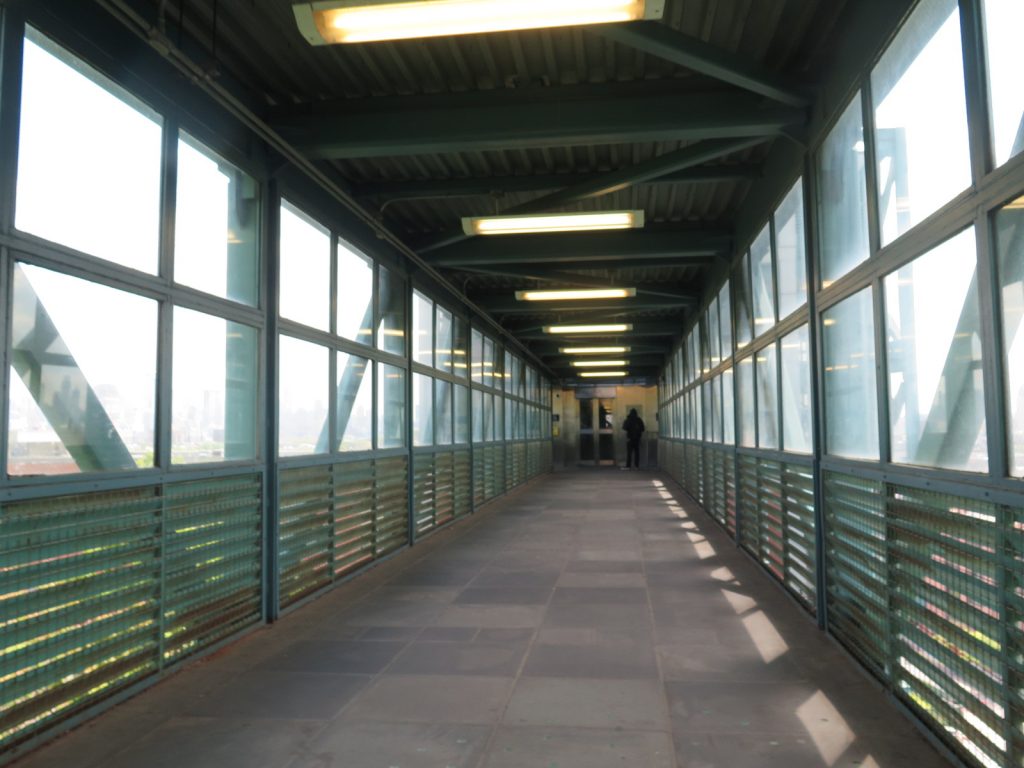 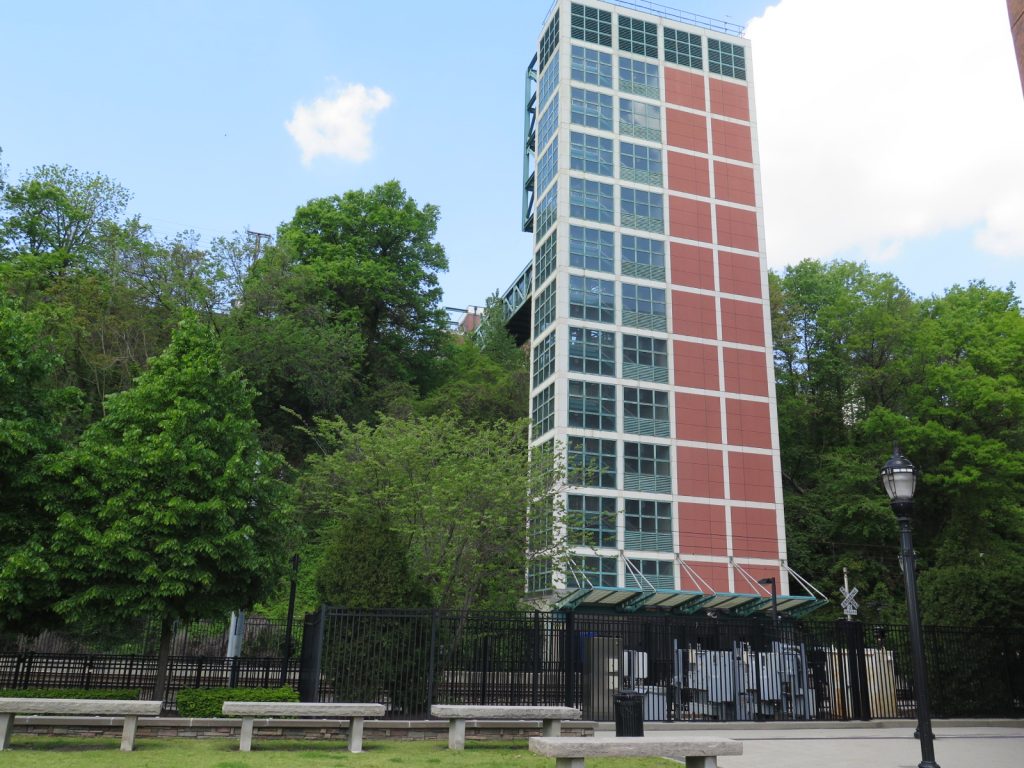 You name a place and one will associate mental images with it… influenced by movies, news stories, etc. For me it was always sepia images of blue collar workers, Frank Sinatra and “On The Waterfront” (BTW… some of that was actually filmed at the docks here). Boy, did that go out the window as I walked the streets.

Sure, you come across some old factory like buildings that could use a little help but the more  you walk the more you see the blossoming of gentrification. 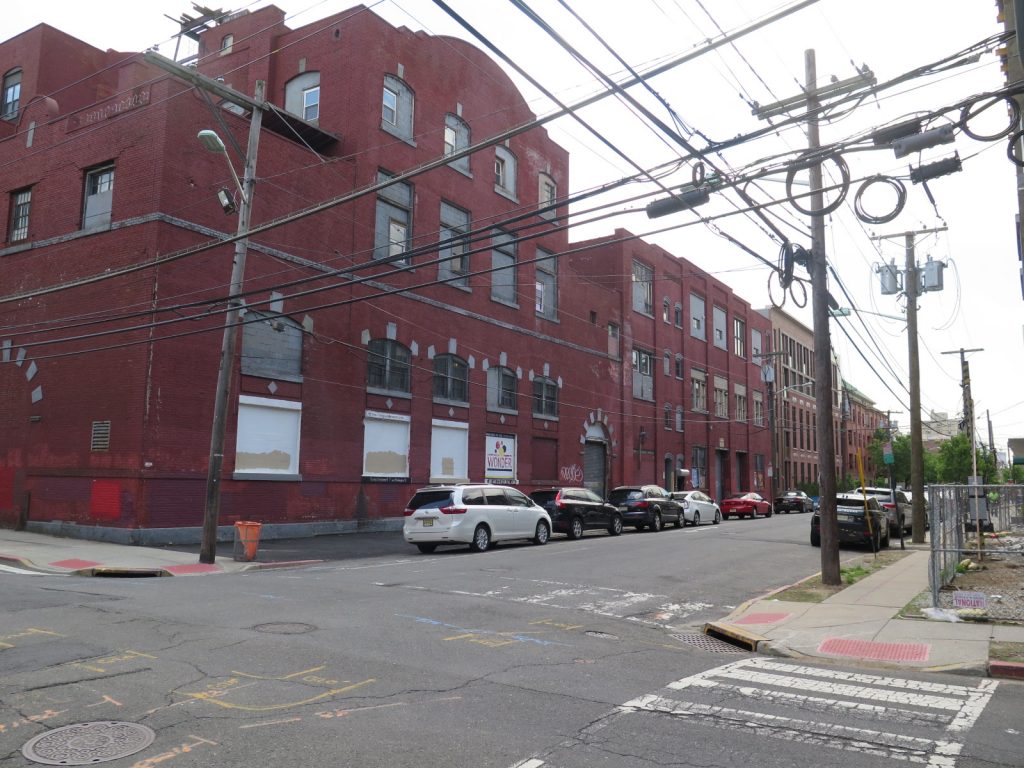 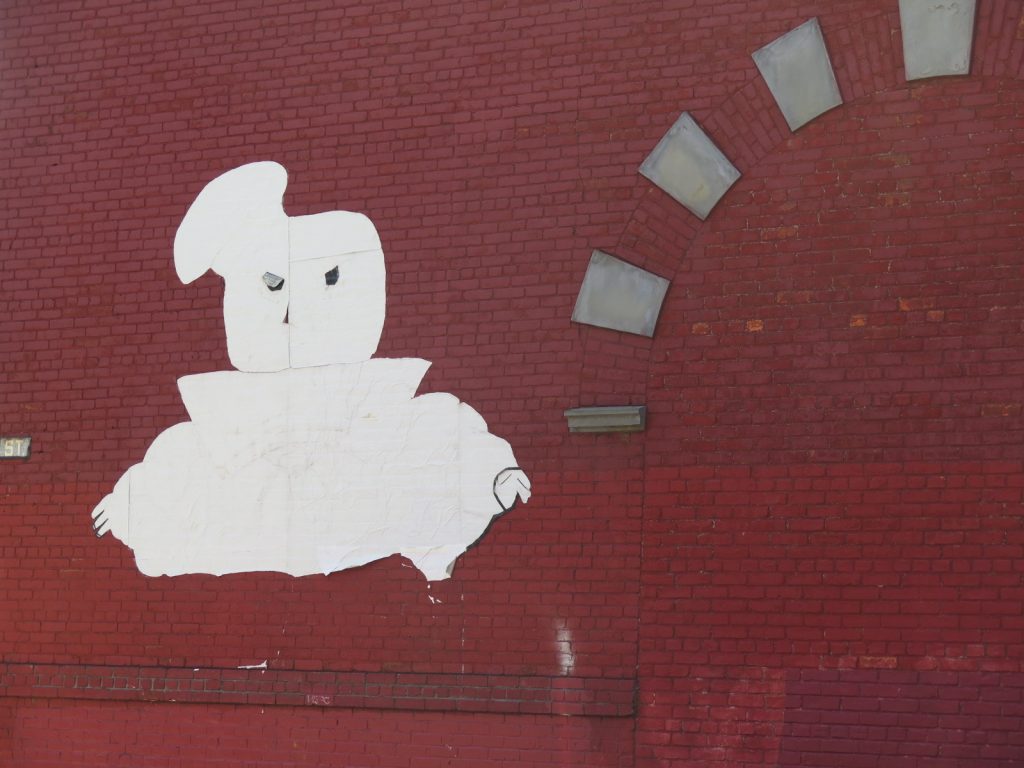 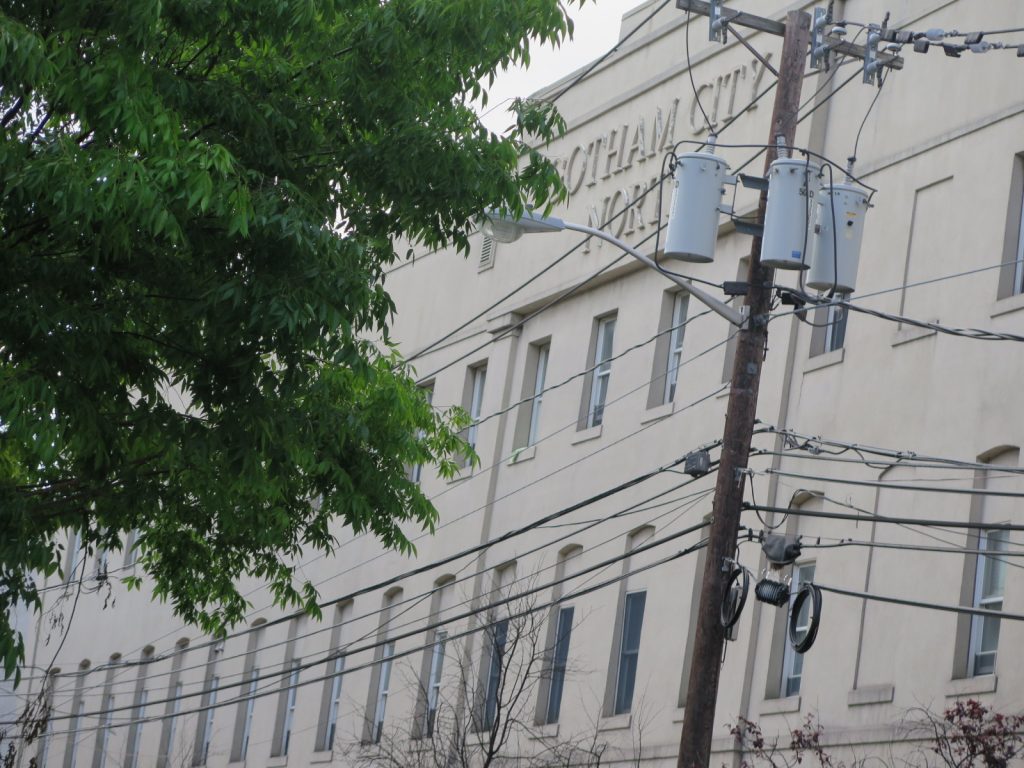 Then you get up to Washington St. and the wide sidewalks along with the restaurant extensions into it instantly throws out any and all those scrappy sepia images you once pigeon holed this town in. You are now treading in a more upscale place than you made it up to be. Care has been taken not to lose the essence of the past with the upgrades of the present ensues. I hear Hoboken is now a highly sought after area and is the “happening place” the younger set flock to on weekends… I can see why. 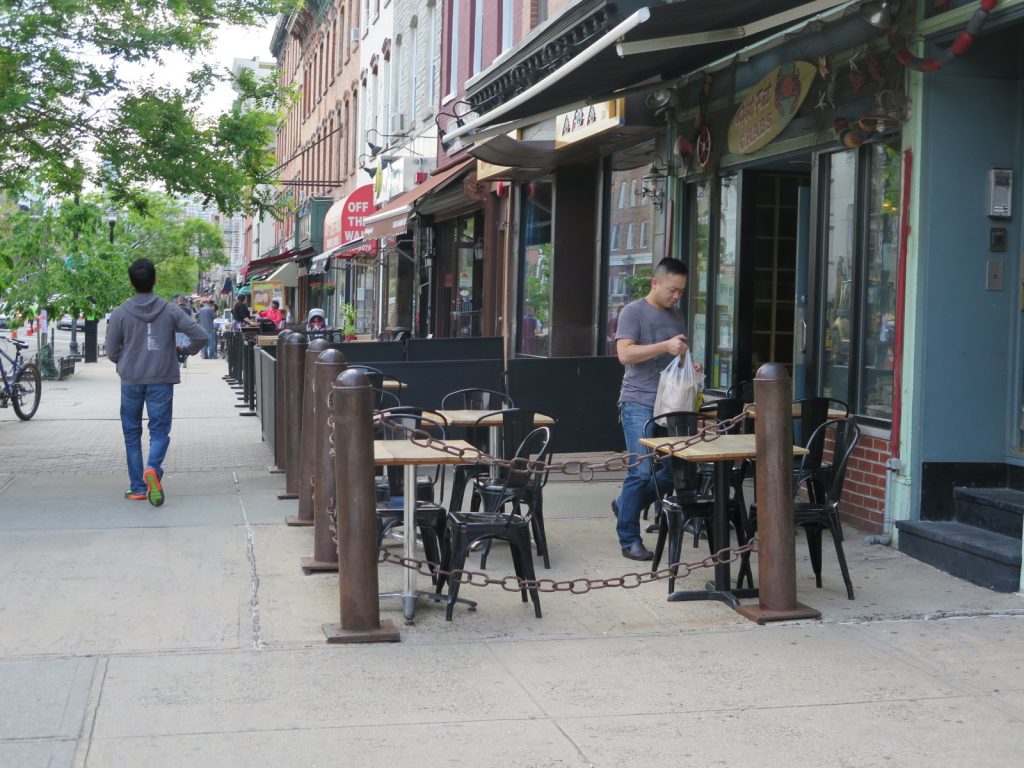 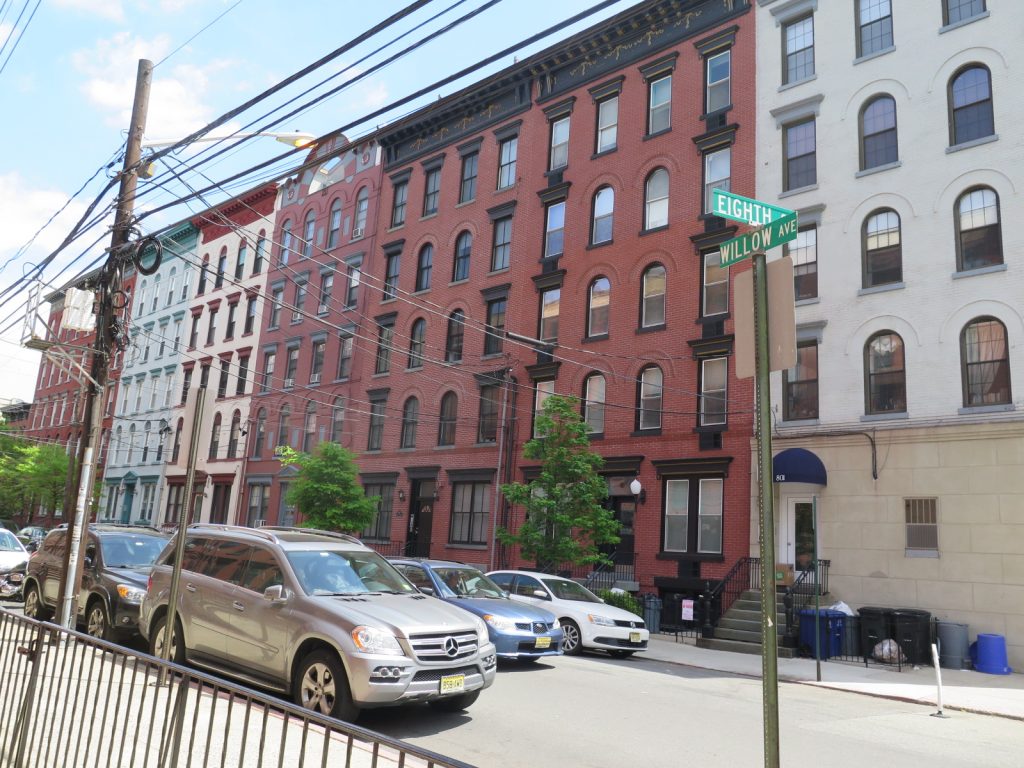 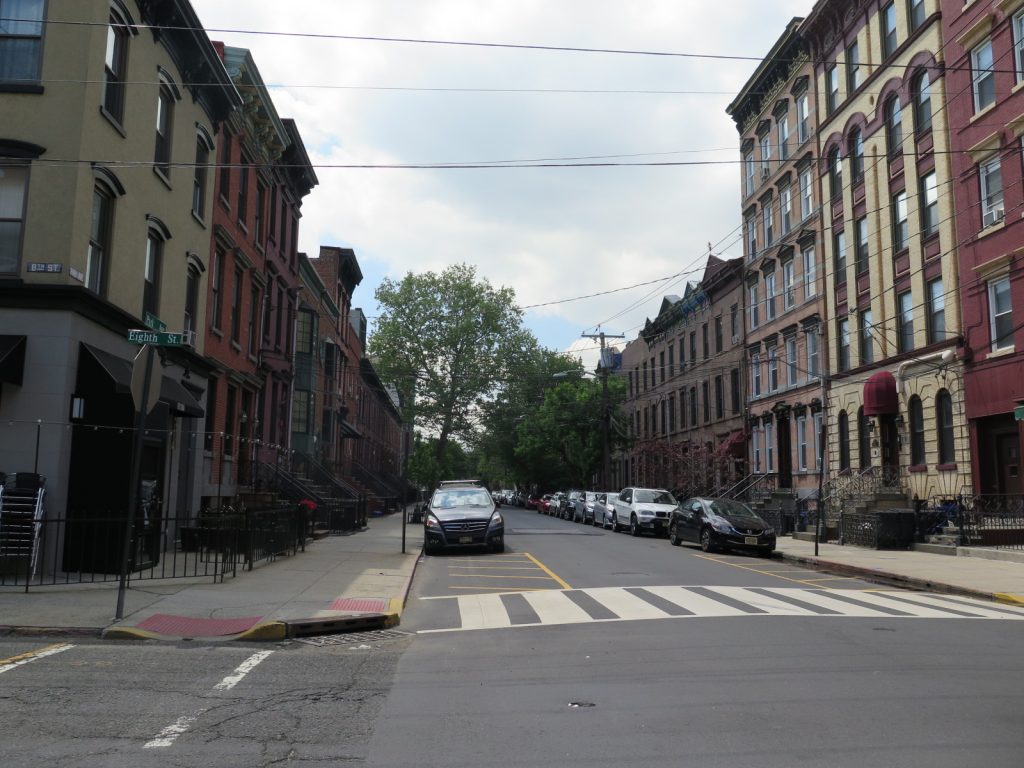 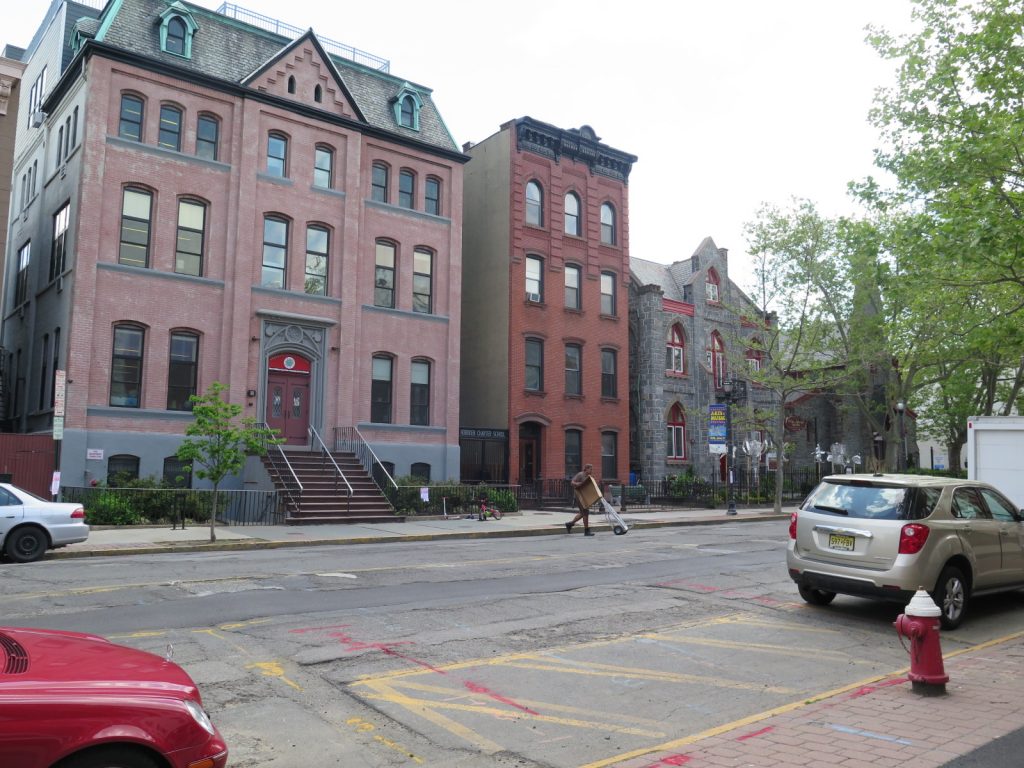 Of course, I wanted to head to the waterfront… I mean, wouldn’t you? So, it was up Sixth Street… past the castle entrance and down the wooden stairs, across Frank Sinatra Drive and I’m there. But this is not the waterfront… at least not the grimy one from the movie… it is a beautiful river walk along the Hudson with killer views of the city. I had a bottle of iced green tea and just sat on a park bench taking it in as moms with strollers and joggers passed by in front of me. 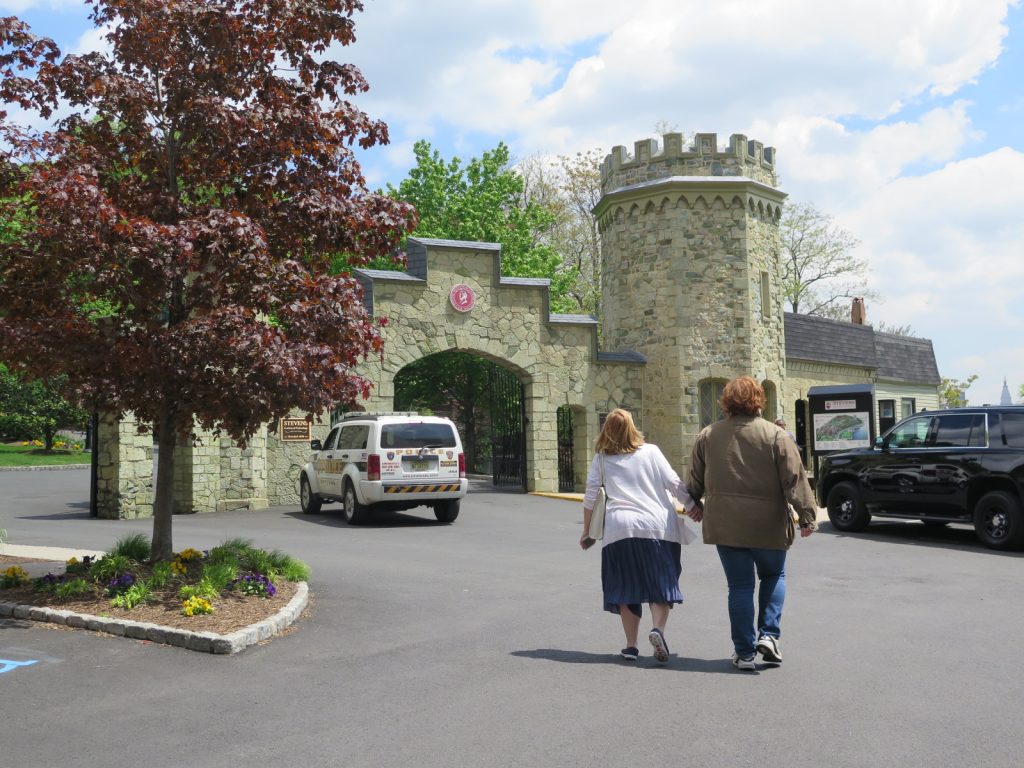 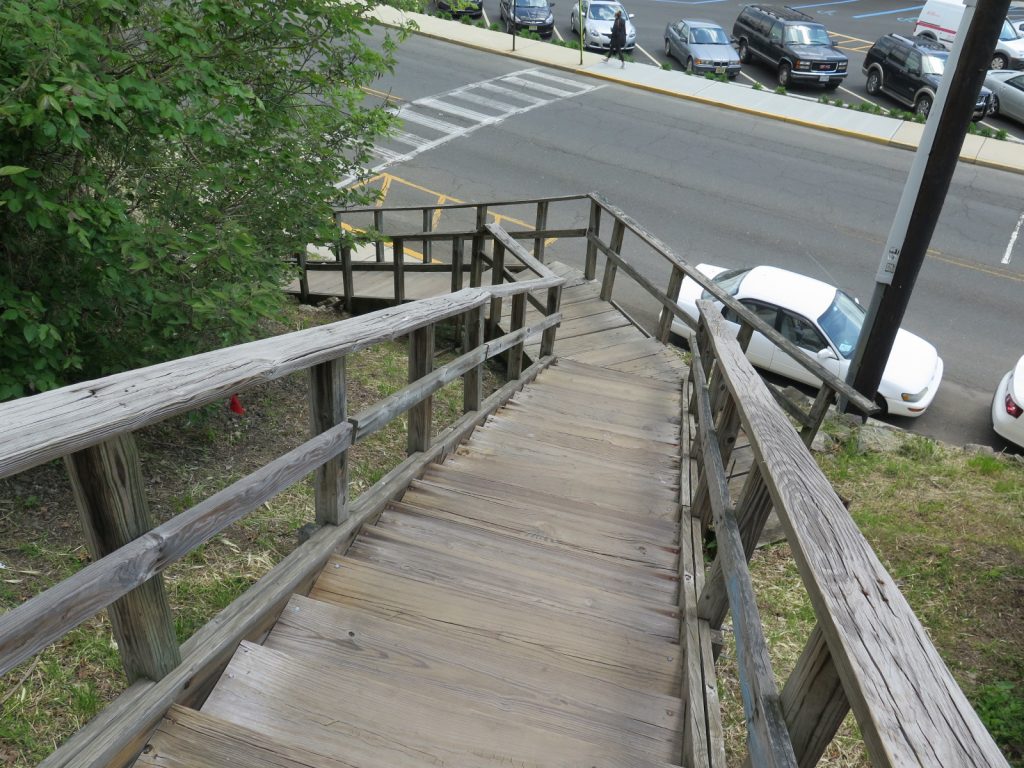 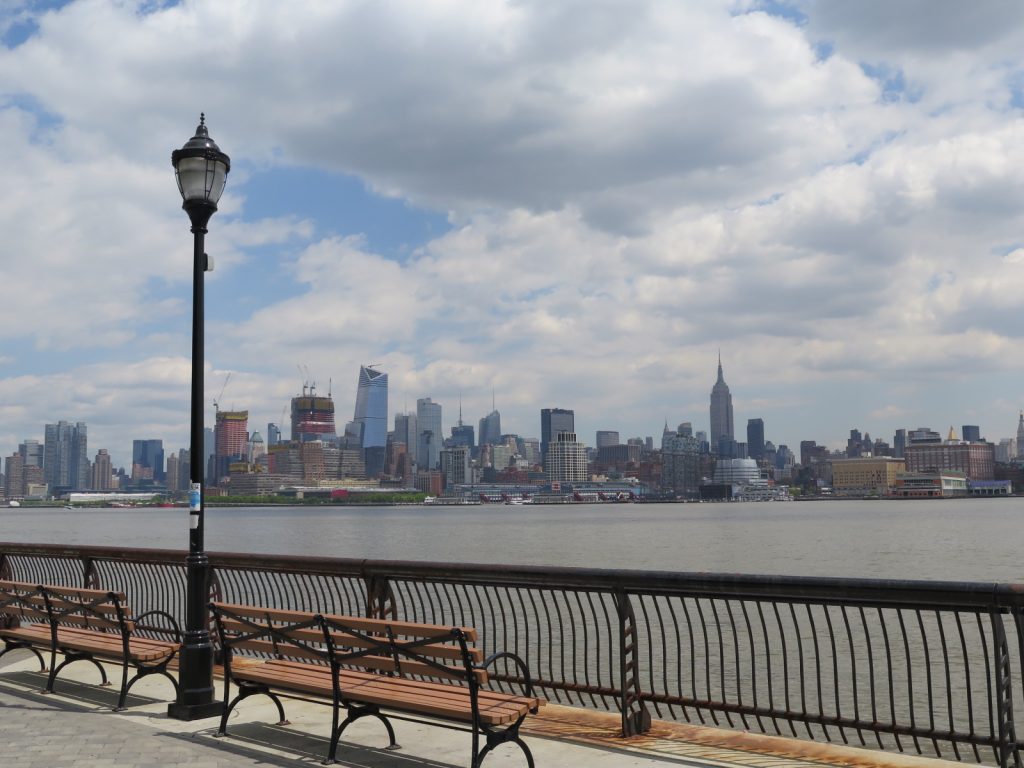 Then I thought I’d walk part of the walkway toward what used to be the docks. This is where the evidence of gentrification slaps you in the face. But it was also nice to see that it did not wipe out what was completely… which for my money still lends a sense of history and character to the area. Too often gentrification and revitalization wipes out what was and then people scratch their heads wondering why the character and essence of the place has disappeared. 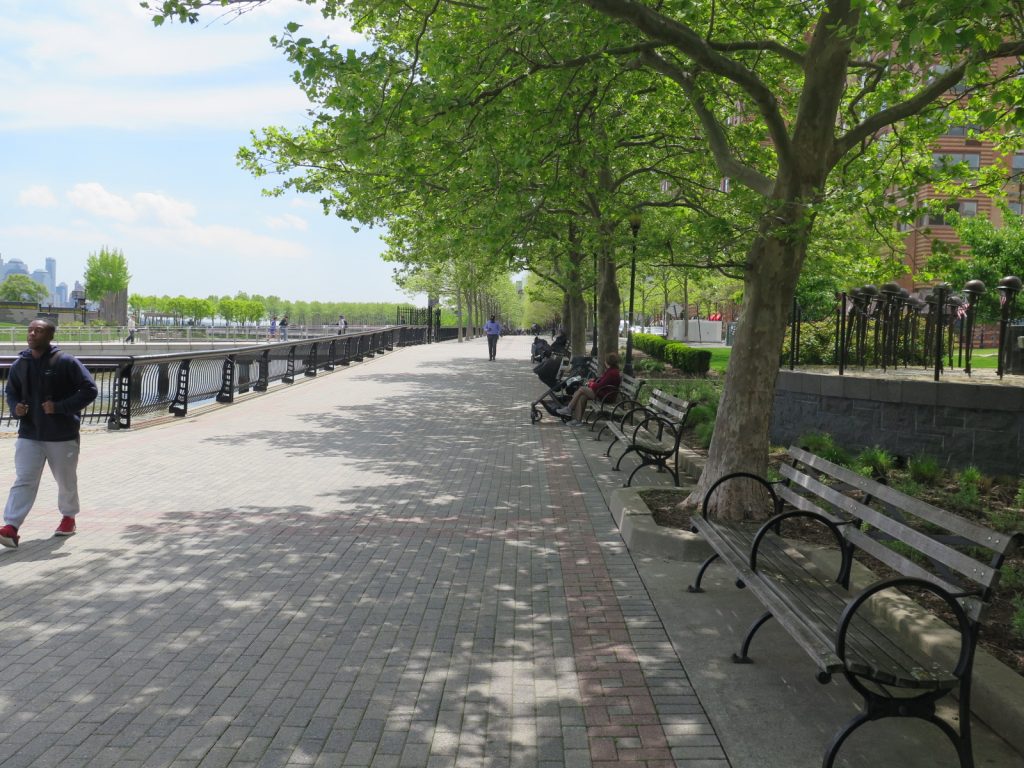 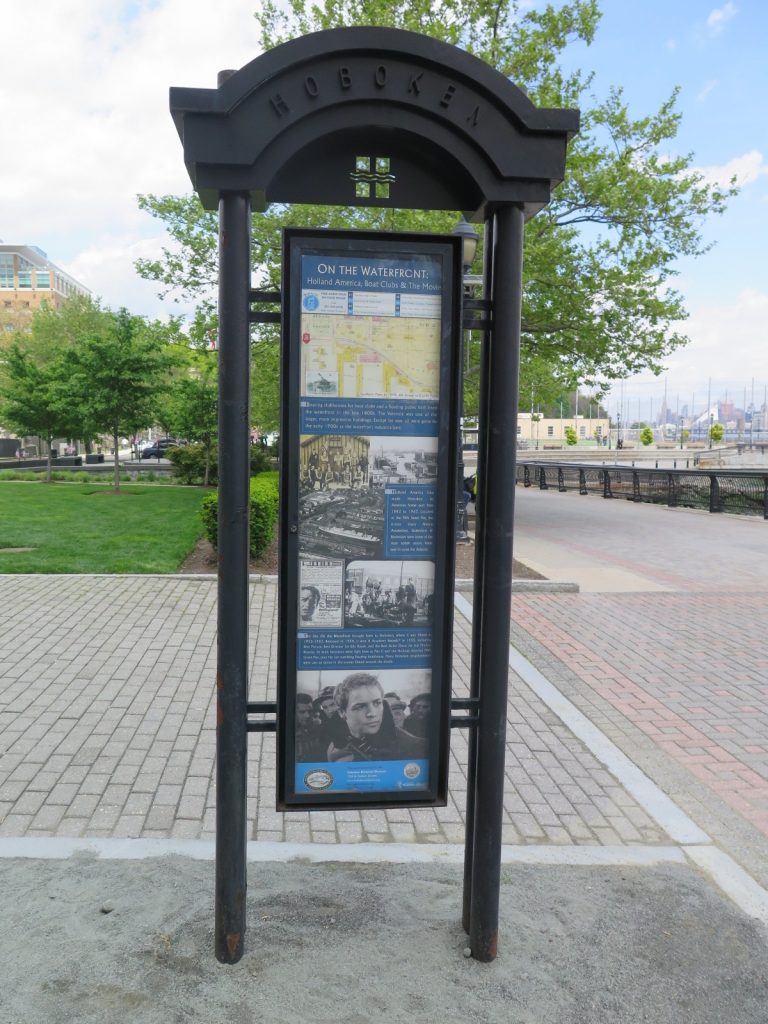 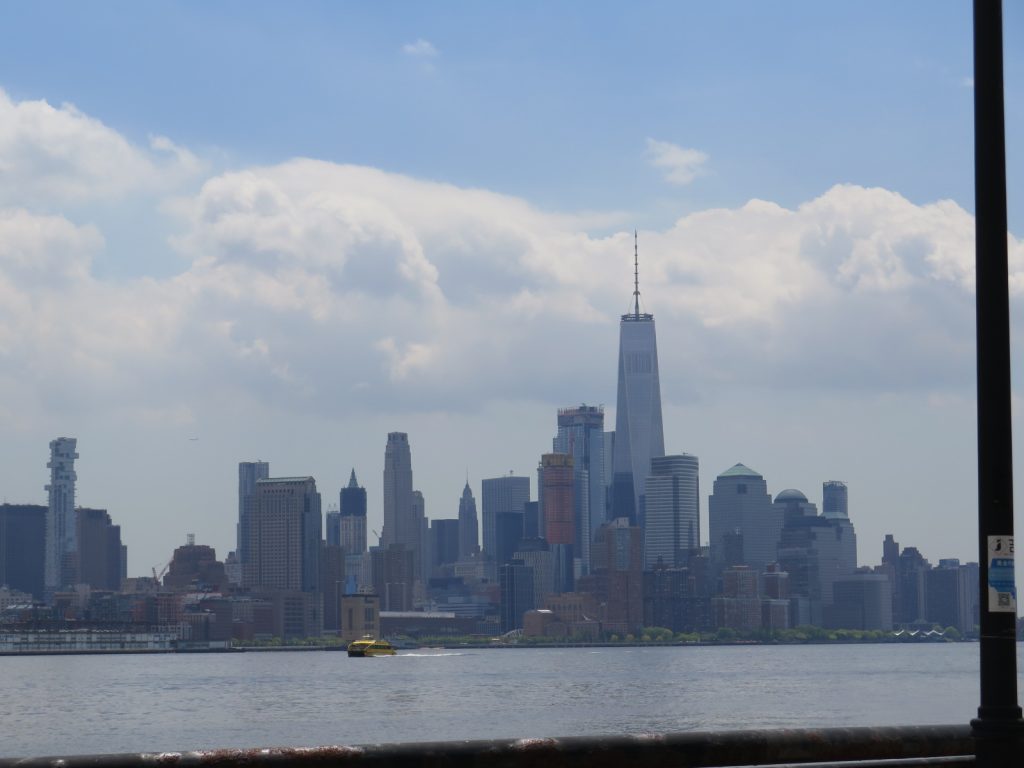 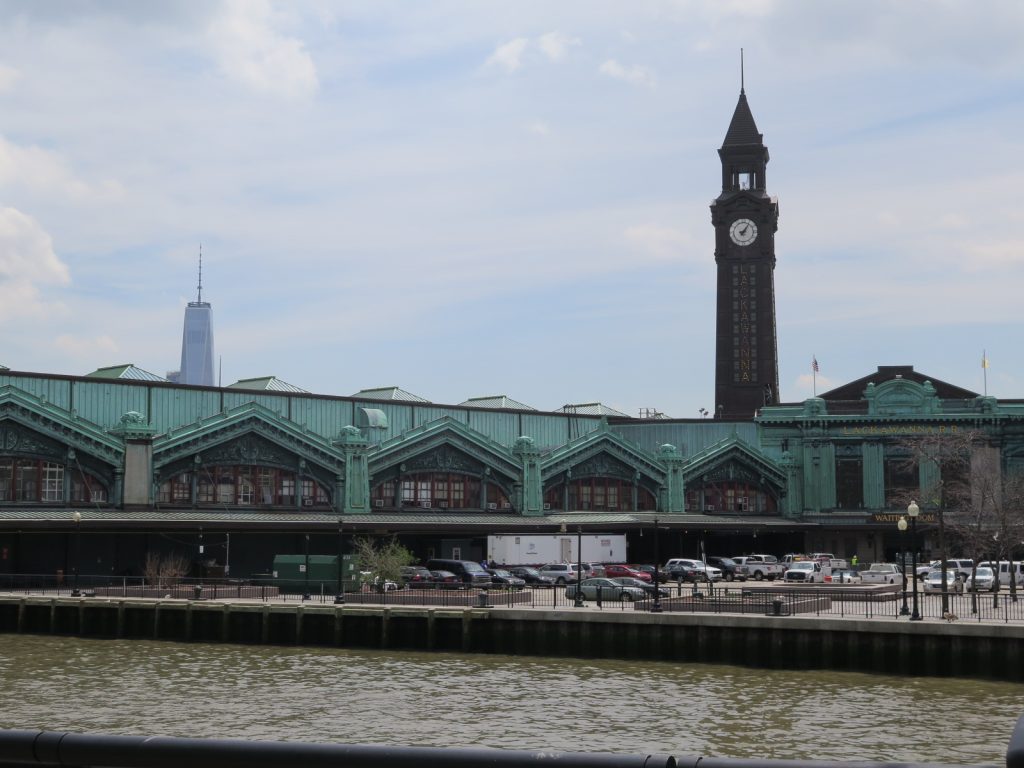 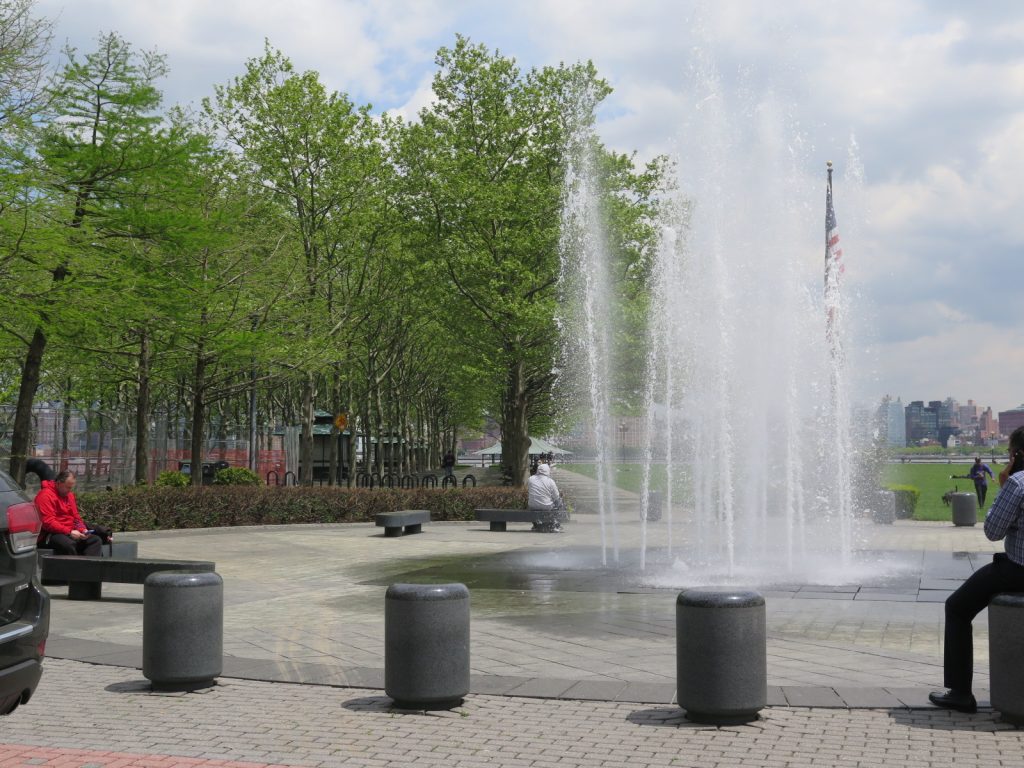 It was now just past lunch. I decided to head up First St. toward the main drag (as it were) Washington St. to scope out some lunch. I come up to the corner of First and Washington and something catches the corner of my eye. Now this may just exaggerate the rumor that Malaysians have an in-born radar for… well… food. It is neither a rumor nor an exaggeration. We gravitate to Malaysian food like heat seeking missiles. I was not looking for one… but there it was. Of course, I had to eat there. 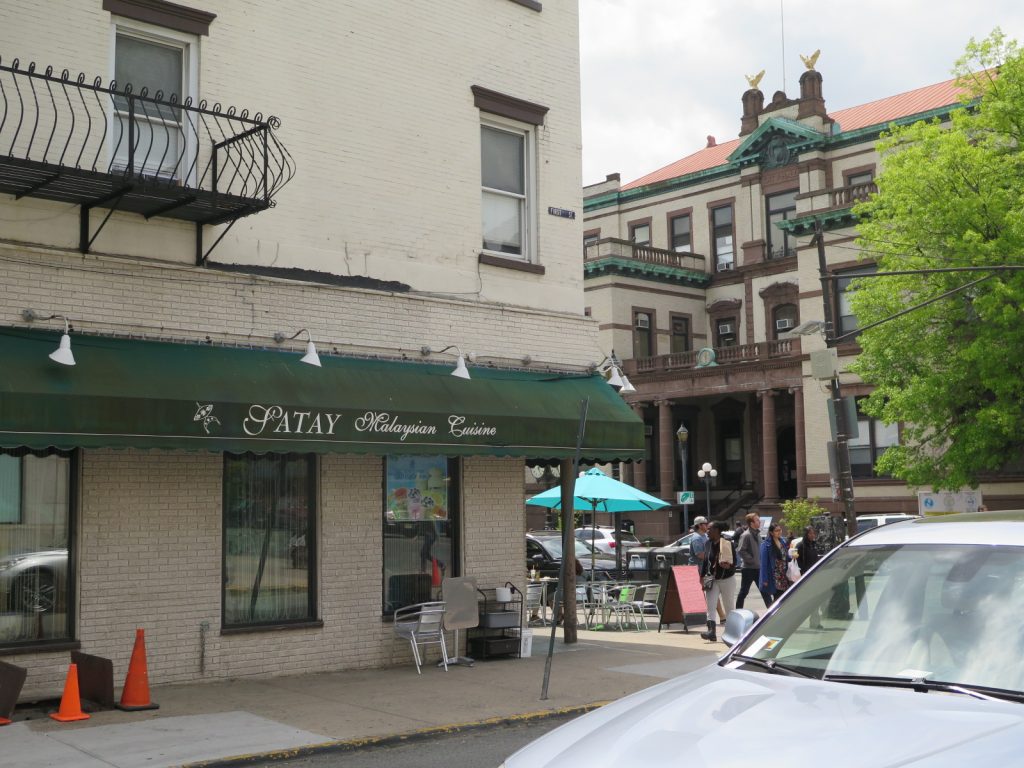 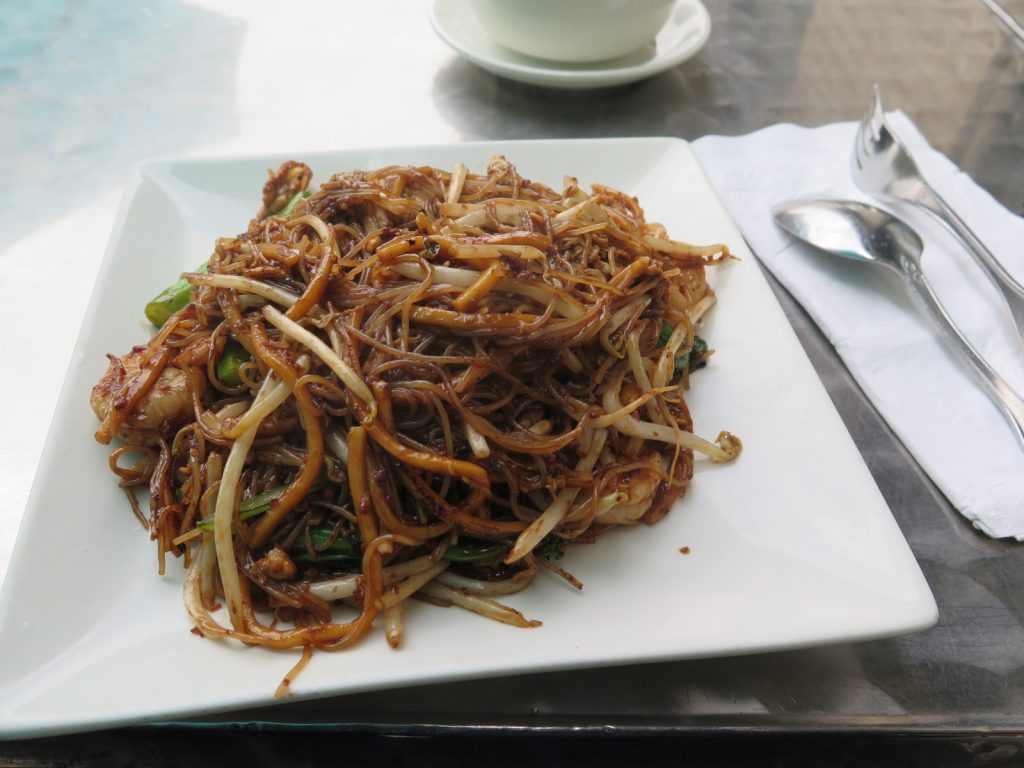 It was good. The Ais Kachang that is the top featured picture of this post was especially good. For those unfamiliar… think of it as a pretty elaborate shaved ice dessert. The proof of it is what is inside… and it did not disappoint.

I even had a nice chat with the owner, Ken… who originally hails from Ipoh. Within seconds of meeting the code switching kicked in and we were conversing im ‘manglish”. I  was actually really impressed with the extensive menu. He told me Satay had been here for the last 20 years. From the looks of it business was good and we each wished each other well.

So, it was an extensive walk. I got home  about 3:30 PM… tired but satisfied. Earlier in the day I was debating the choice of getting lost in NYC or Hoboken… I’m really glad I chose the latter.

“I could have been a contender… I coulda been somebody…”

Well, Hoboken… from what I’ve seen… you have arrived and you are.