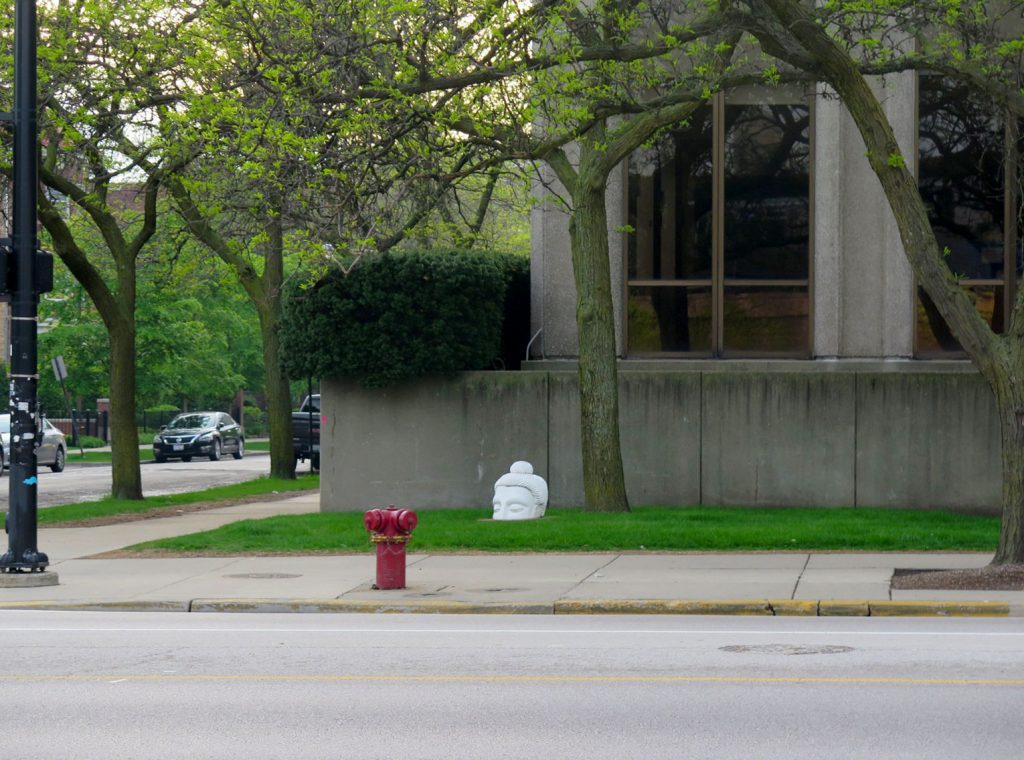 No, there was no violence involved… as the movie quote in the title would suggest. But like the Buddha in the picture this day was about experiencing the city at street level. But first it was a morning stroll in the neighborhood with coffee in hand and a solo salon at the lake nearby to start the day. As some of you might know my mornings at home usually begins with a walk… and that changed very little on this adventure. 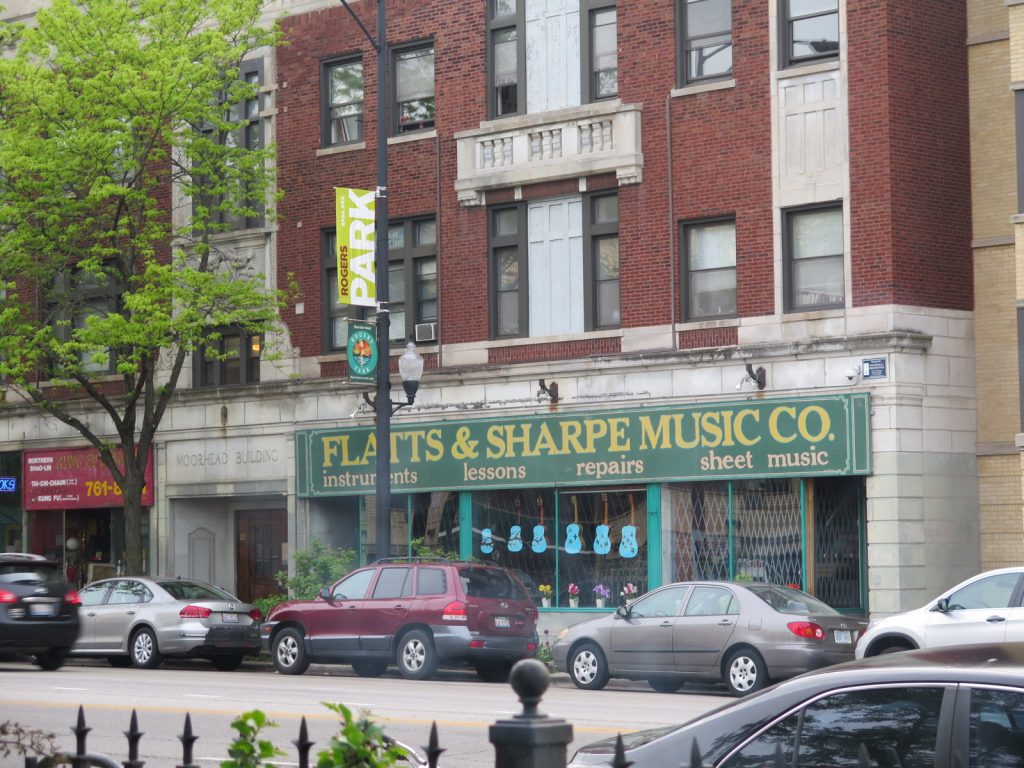 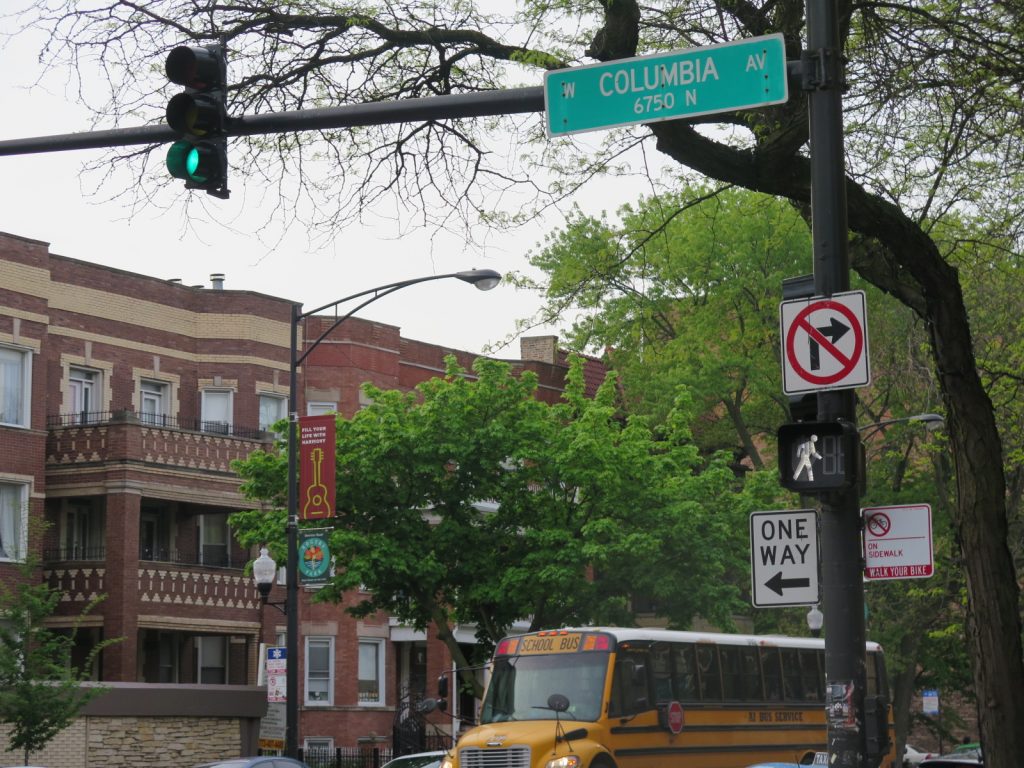 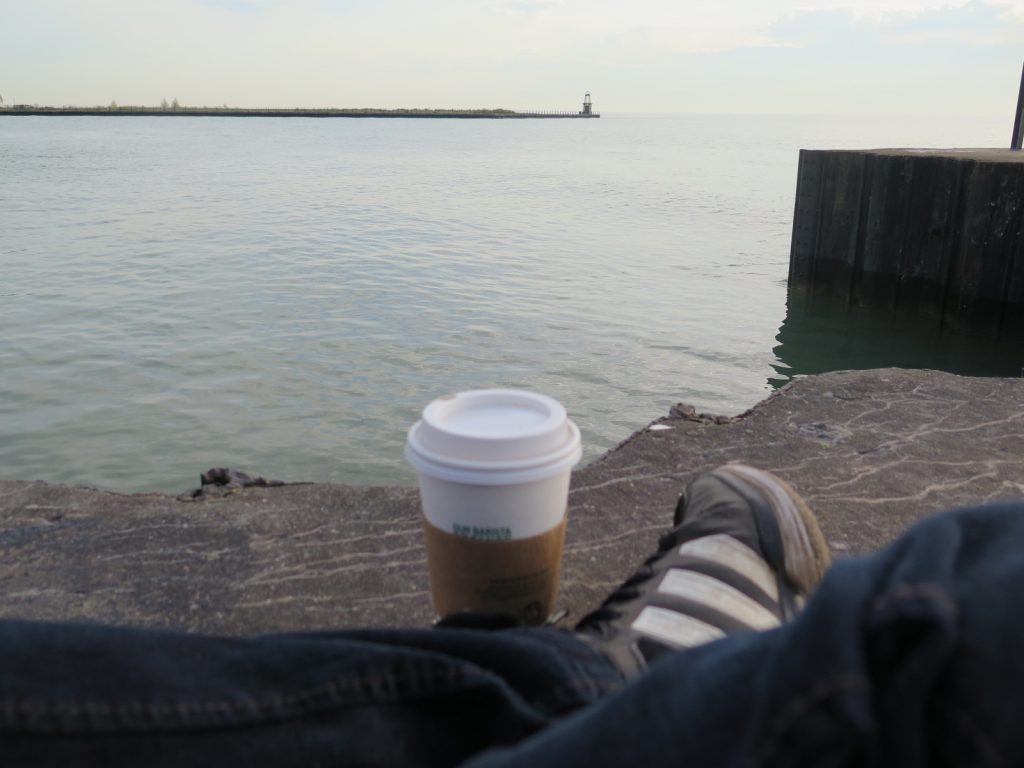 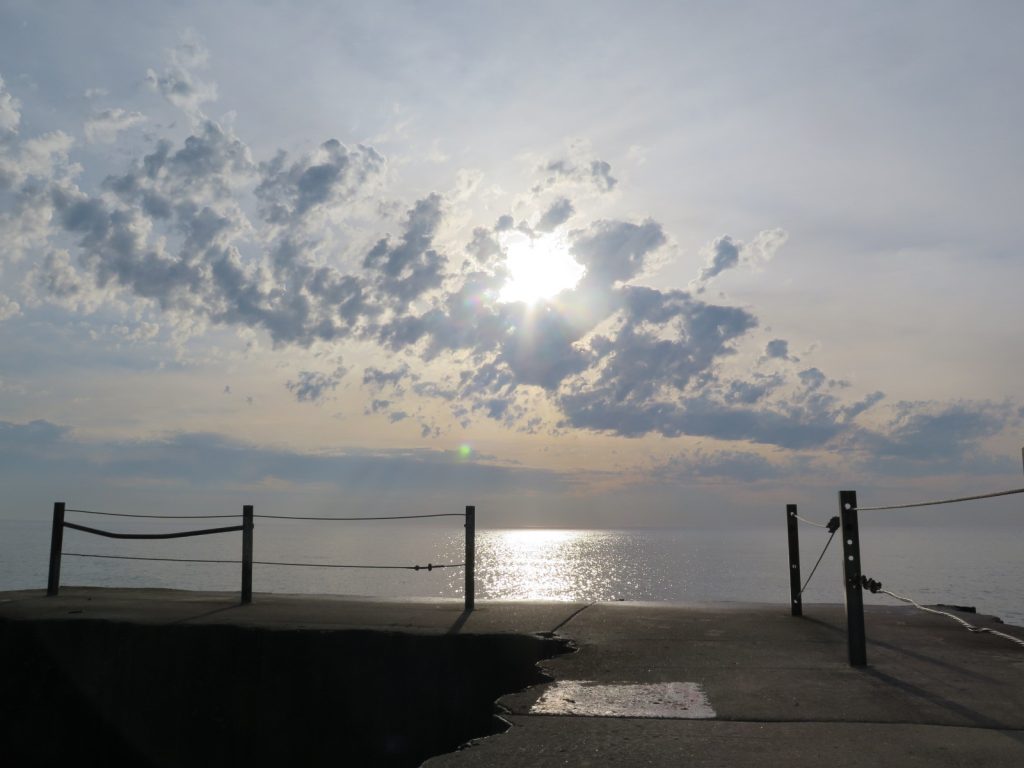 About mid-morning I hopped the red line on the “L” into the heart of the city. On the ride I got to also see a greater part of this city’s back yards and alleyways that have become as iconic as it’s front face.

I get off at State and Chicago and the first thing I pass is a church – the site of several mob era murders. This was not intentional but a happy bonus.

Two notorious murders happened here in the ’20s, one of which left bullet marks in the church’s cornerstone that can still be seen today. Opposite the church once stood Schofield’s, a flower shops and legitimate front of North Side boss Dean O’Banion. It became the headquarters for the North Side Gang (and mob funerals ensured business was always good). In November 1924, O’Banion was gunned down inside Schofield’s after an argument with rival Angelo Genna. Two years later, O’Banion’s lieutenant, Hymie Weiss, and several associates on their way to Schofield’s were sprayed with bullets; stray bullets from the attack left the on the church. – from theculturetrip.com

Then it was on to Michigan Ave. and further down into this brassy city. It has always been that and still is… though a lot of the neighborhoods have moved you still get a sense of it. 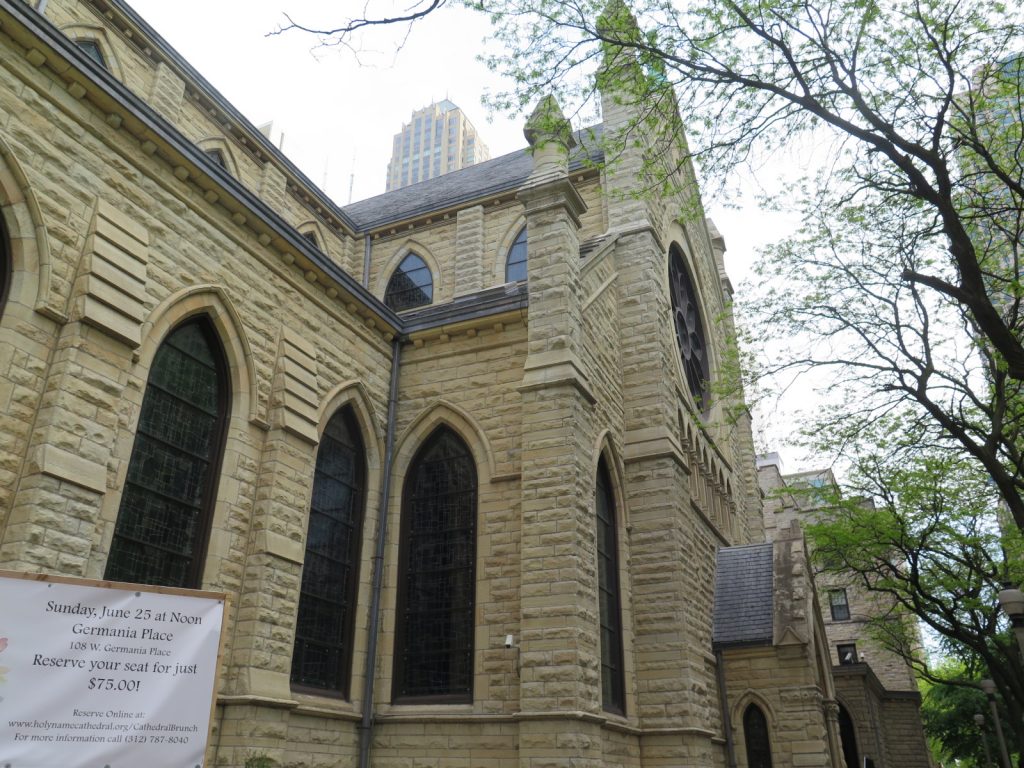 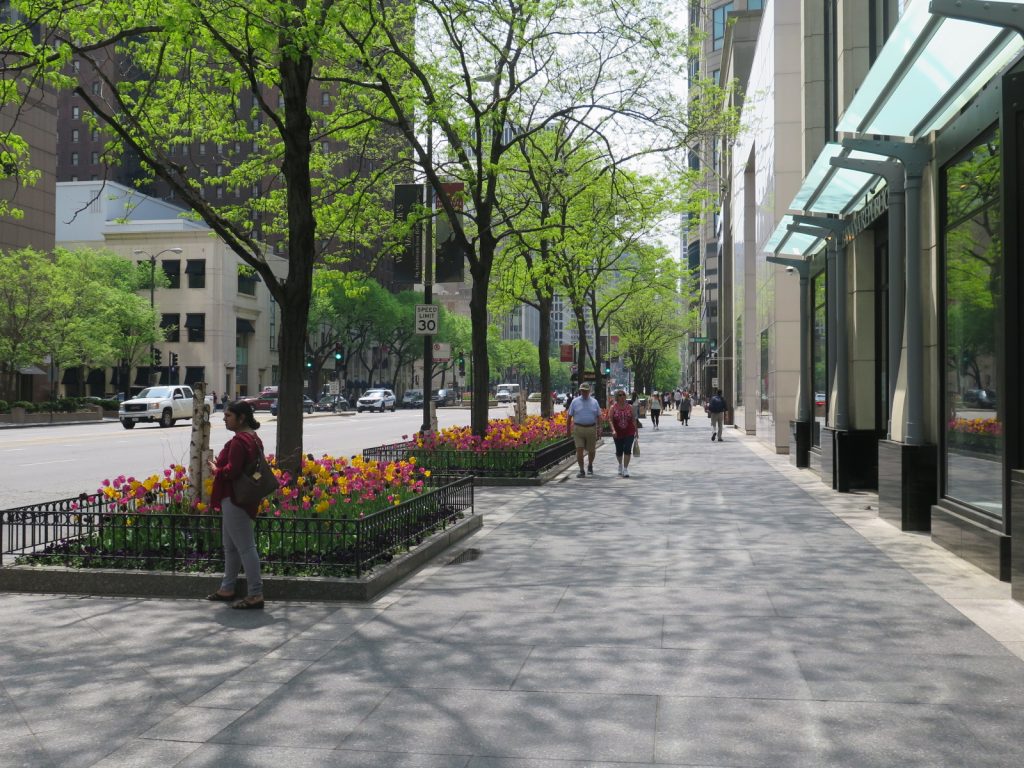 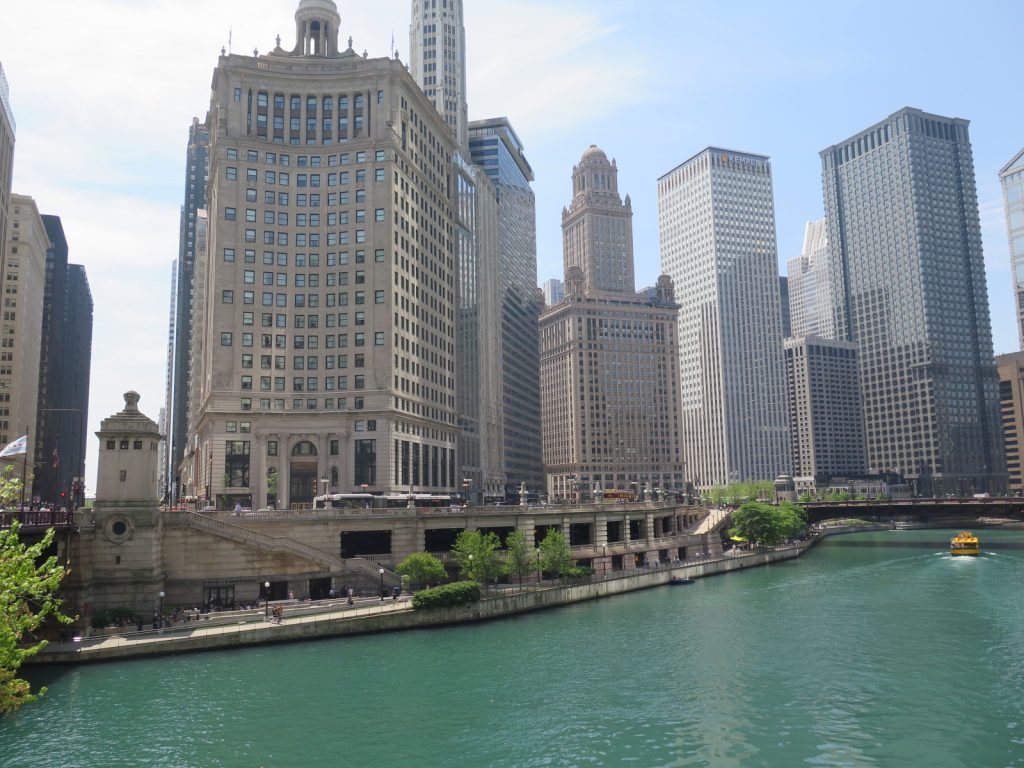 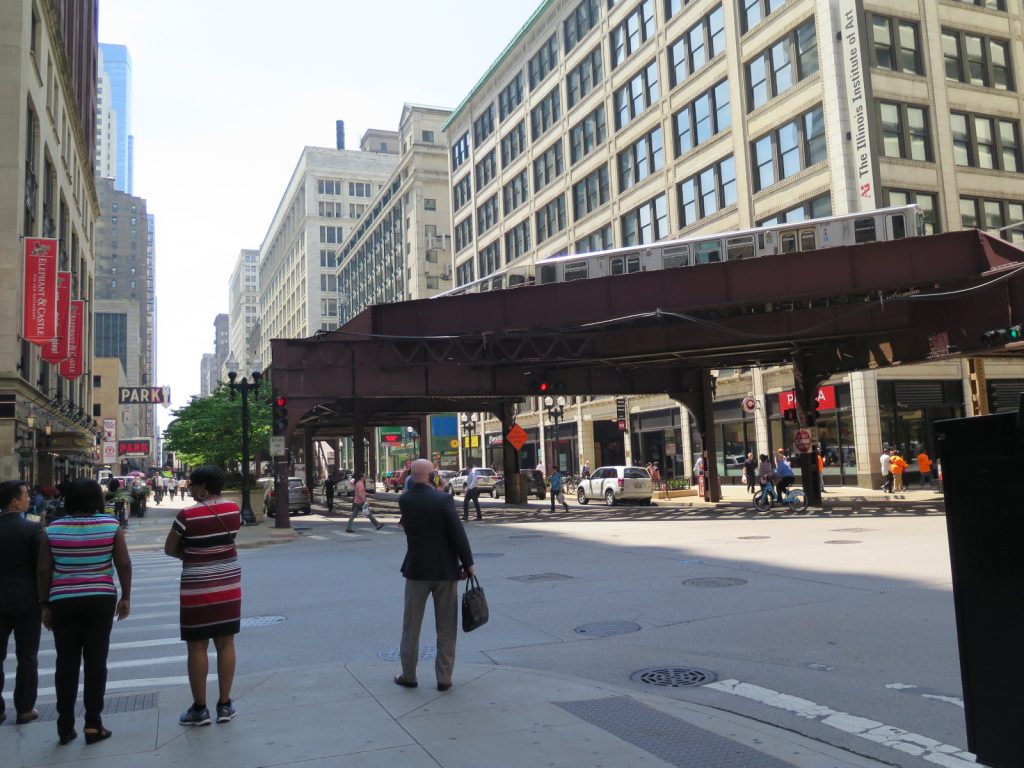 Then on to Millennium Park for a hotdog before checking out the giant chrome zygote. Fine. Call it a bean if you want… I choose to call it a zygote. Then down for a bit of a river walk.

Two protesters (who were in front of Trump Tower… which I avoided taking pictures of) walked by me after their event discussing the merits of Tinder. Guess there are worse things to discuss, eh? Then it was back on the “L” heading back uptown. 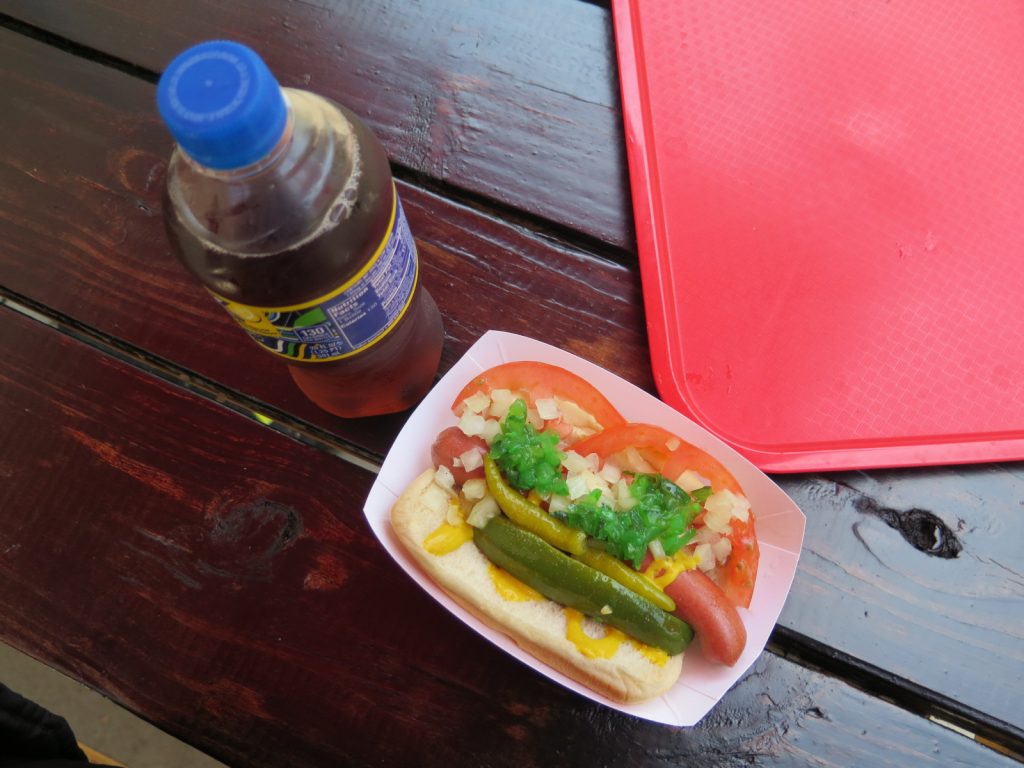 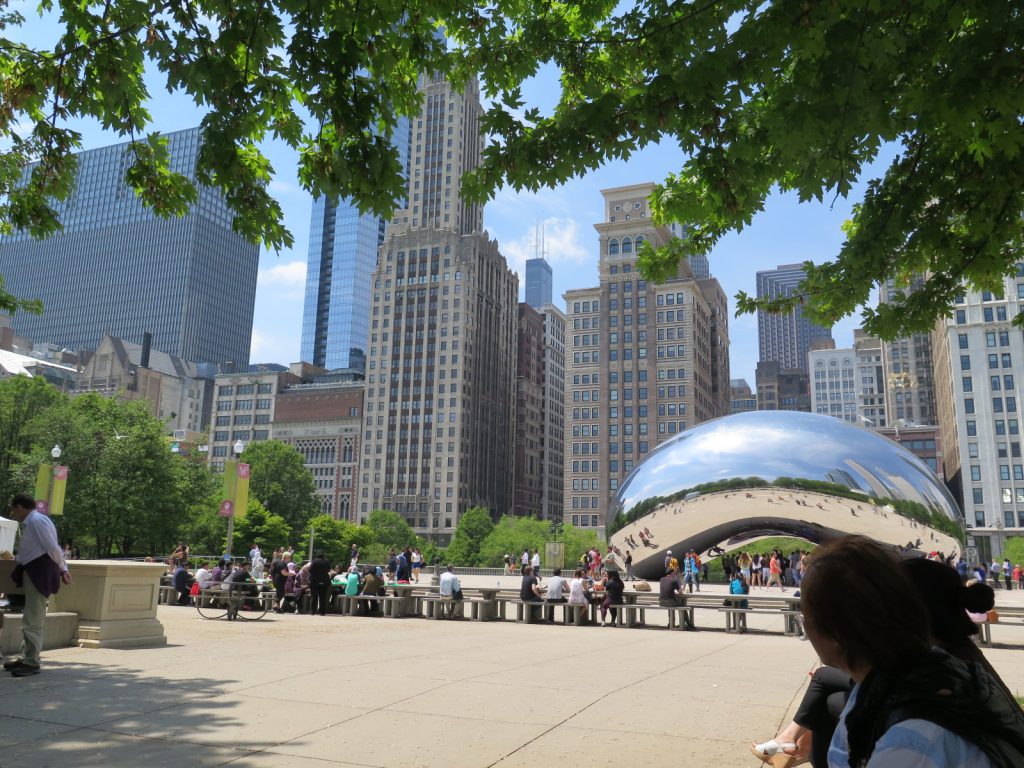 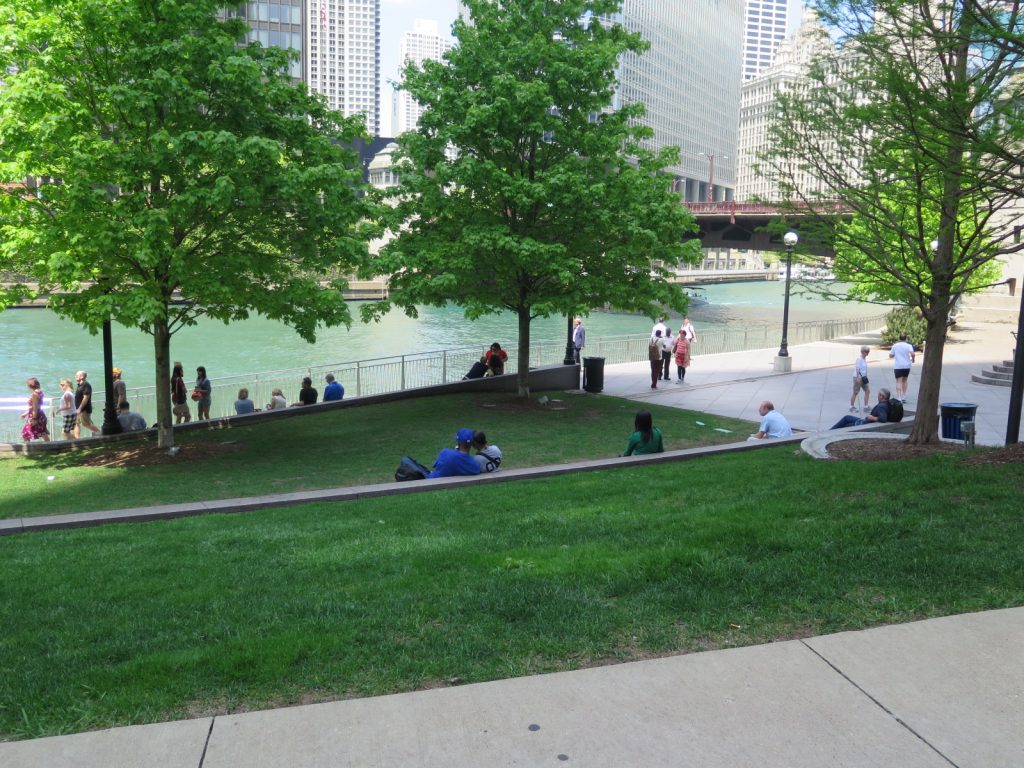 The not so obligatory (for me) ‘been there seen that’ was now done. On the way downtown on the “L” I had spotted a couple of old cemeteries I wanted to check out. And in the car I was riding… I ran into Carolyne’s beautiful daughter, Serena, who was heading back home. That was a happy accident.

I really should have got off at Sheridan but stopped at Wilson instead. This meant backtracking to find the entrance to the cemeteries. But if I had stopped earlier I would have been deprived of this neat walk under the tracks of the “L”. Sure, it was a longer walk but I got to feel out a different neighborhood… so, win, win. 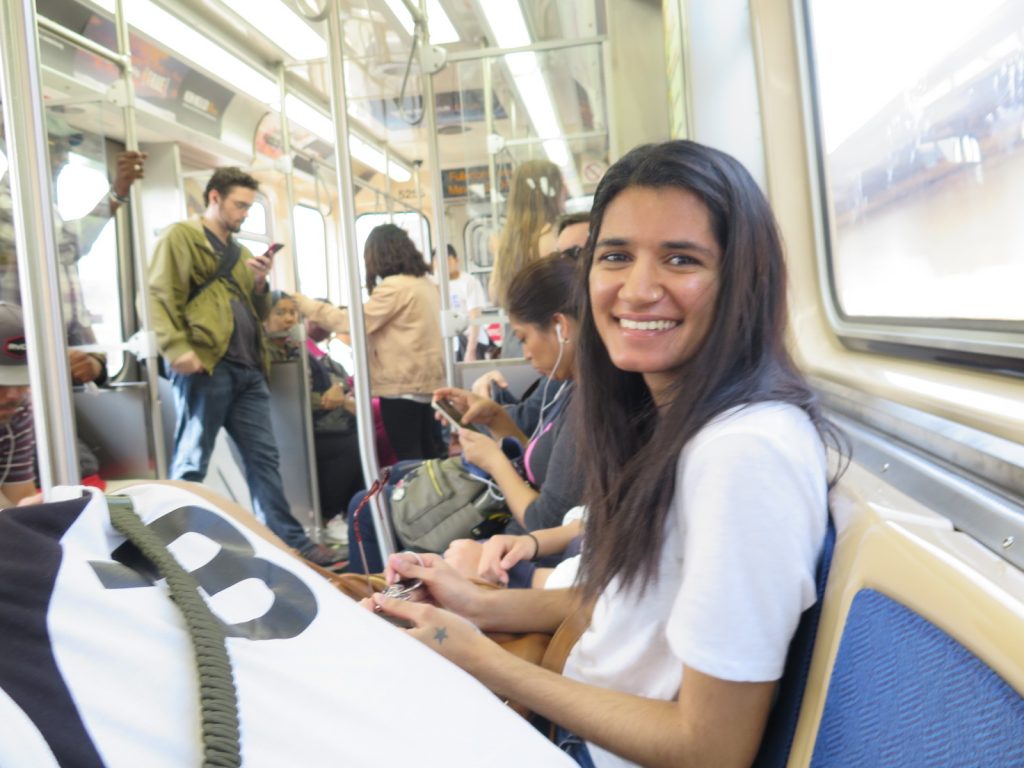 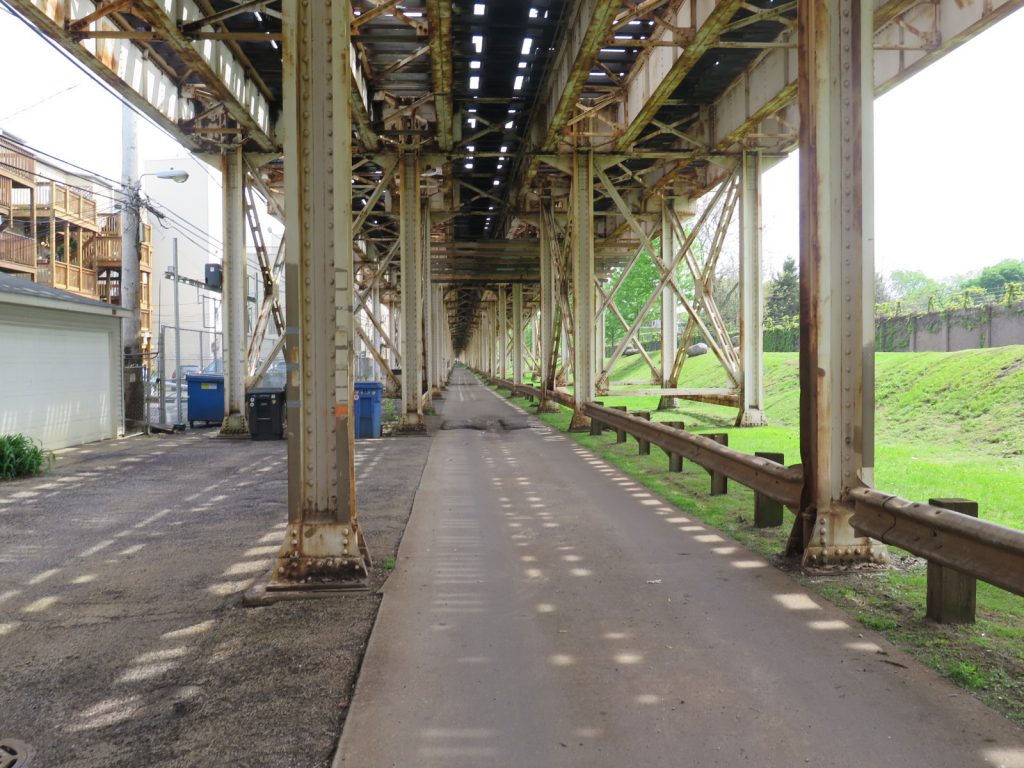 OK, Lime is totally going to dig this section. There were some old graves here. Some simple grave markers and some ostentatious (some to the point of ridiculous) ones… and crypts to boot. Was I hoping to find Capone’s grave? No… because he is buried an hour away from here at Mount Carmel. I’m sure other notables from the city are buried here… but, again… I wasn’t looking for anyone. Still, it was a great afternoon walk while I sipped on iced tea in the 84 degree and humid temps. 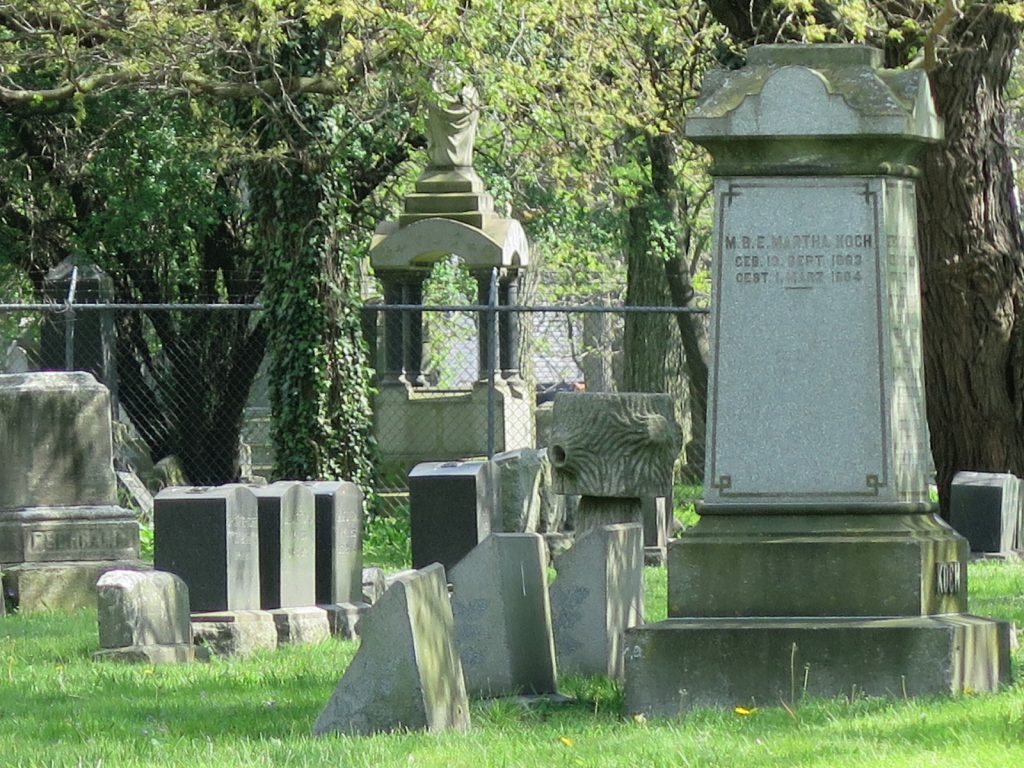 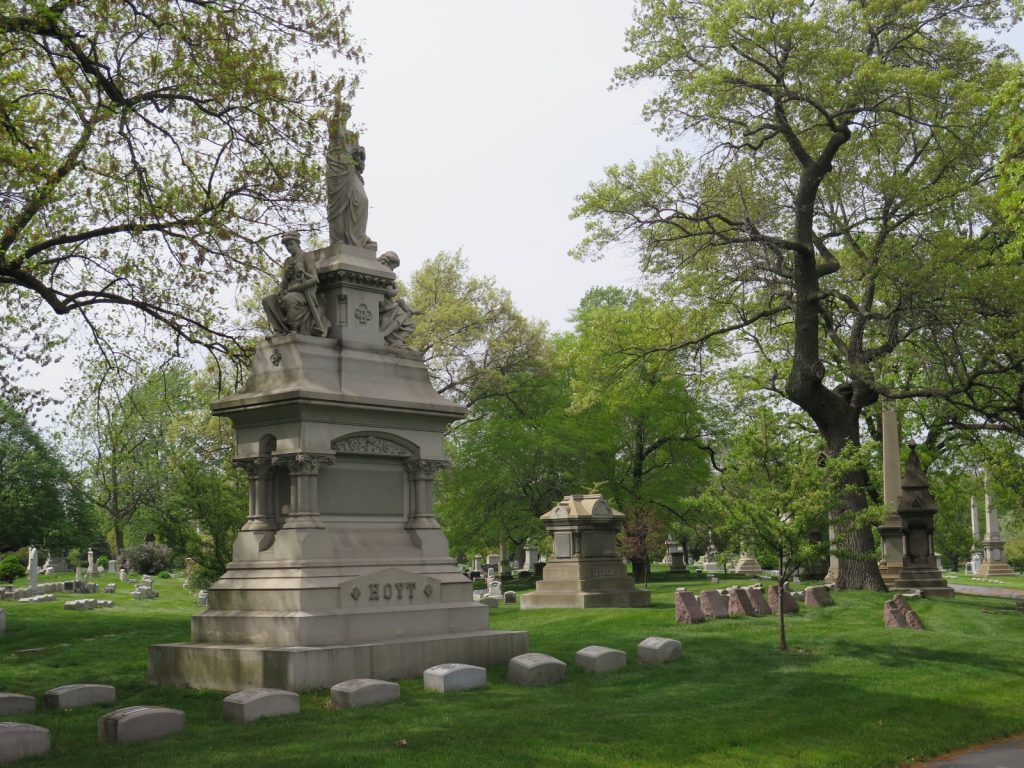 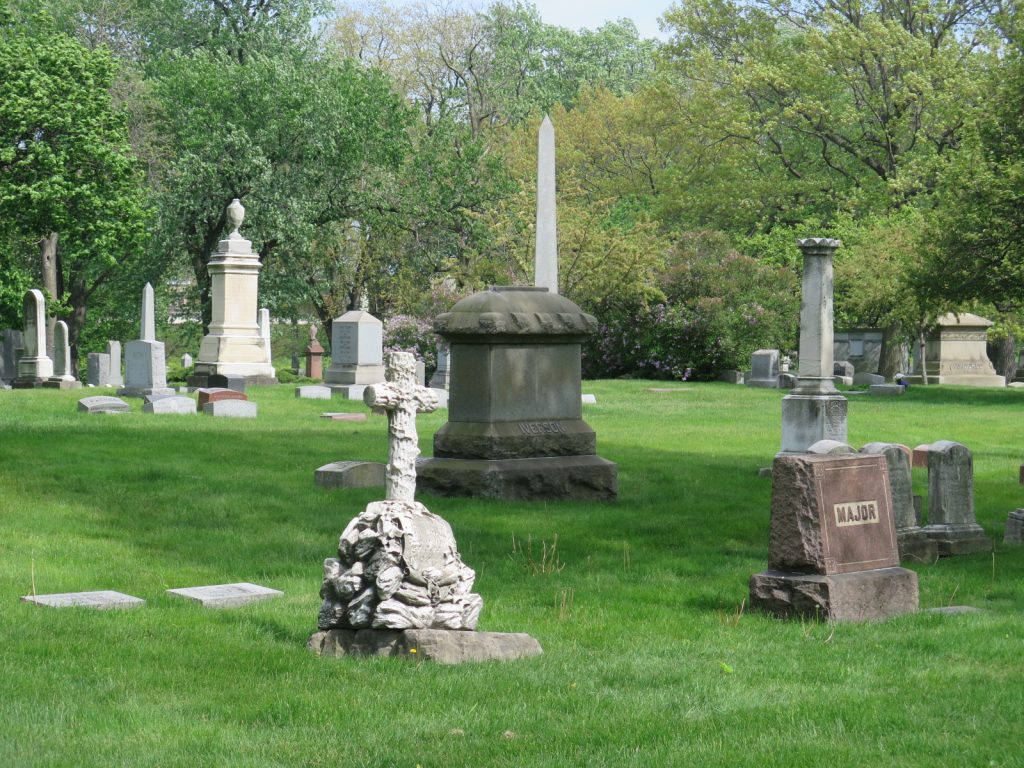 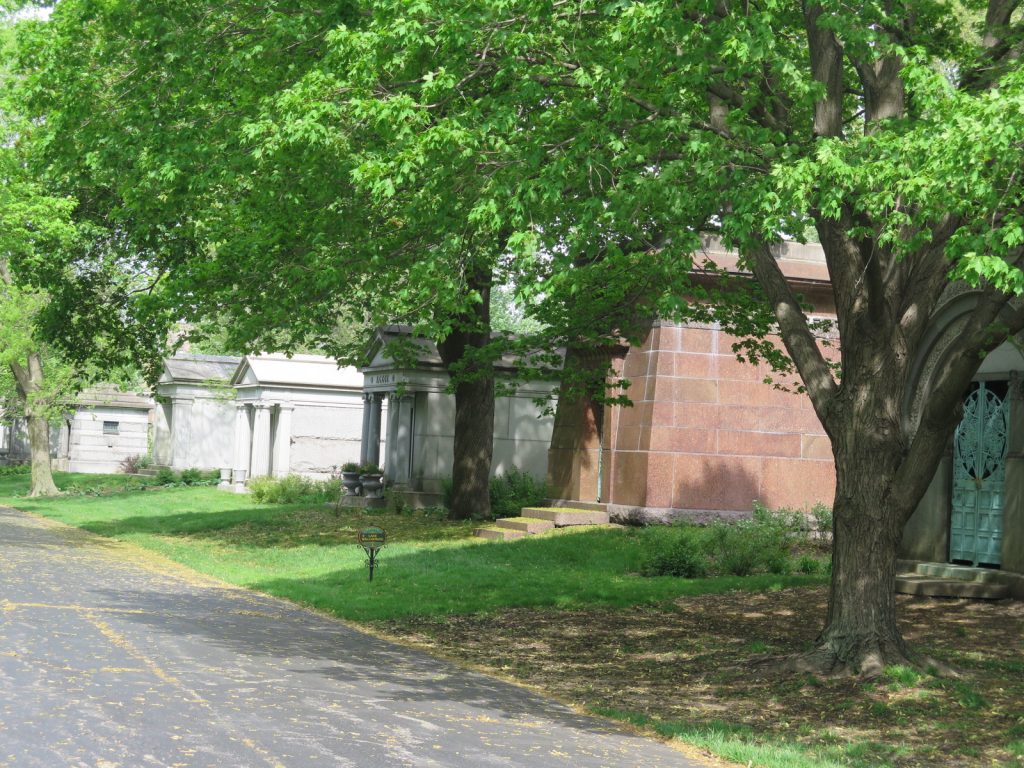 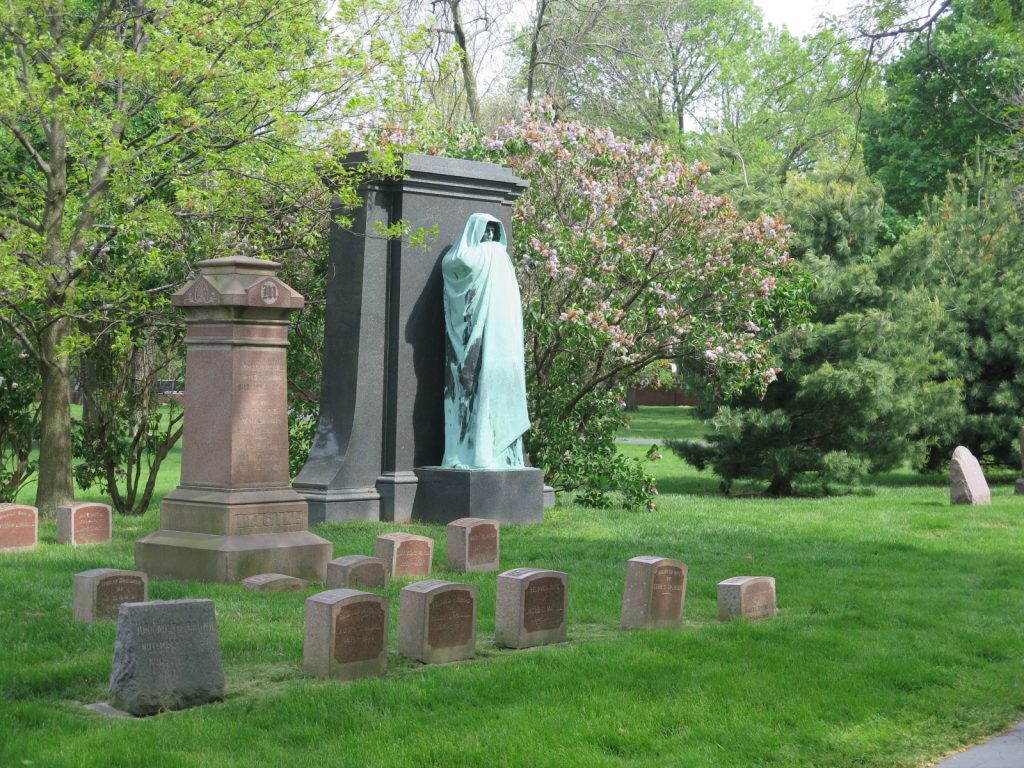 Then it was back on the “L” and an afternoon return visit to the Green Mill to soak up some local color. The video below might give you a small sense of the conversation of my time there. I was there the night before when it was slightly more glamorous… but I also wanted to feel it out as a neighborhood bar… I was not disappointed.

According to the young lady sitting next to me at the bar said what is the Green Mill now is just one section of what used to be. Apparently, it extended right to the edge of the Uptown Theater.

There were also several old theaters in the area that I thought were worthy of picture taking opportunities. 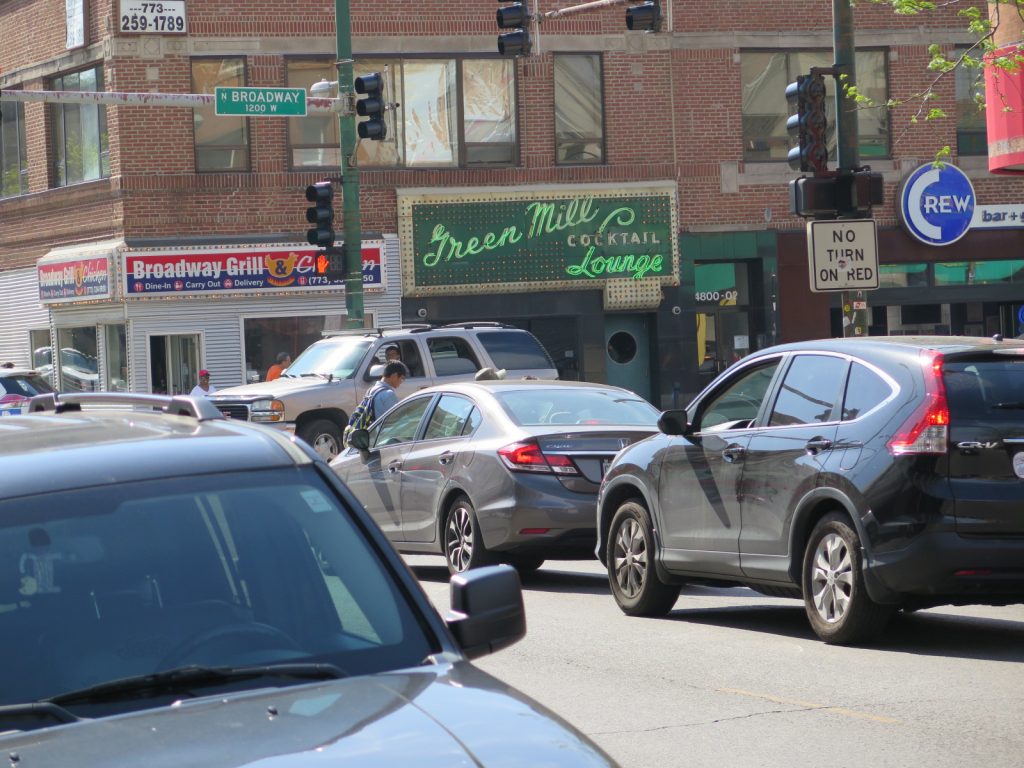 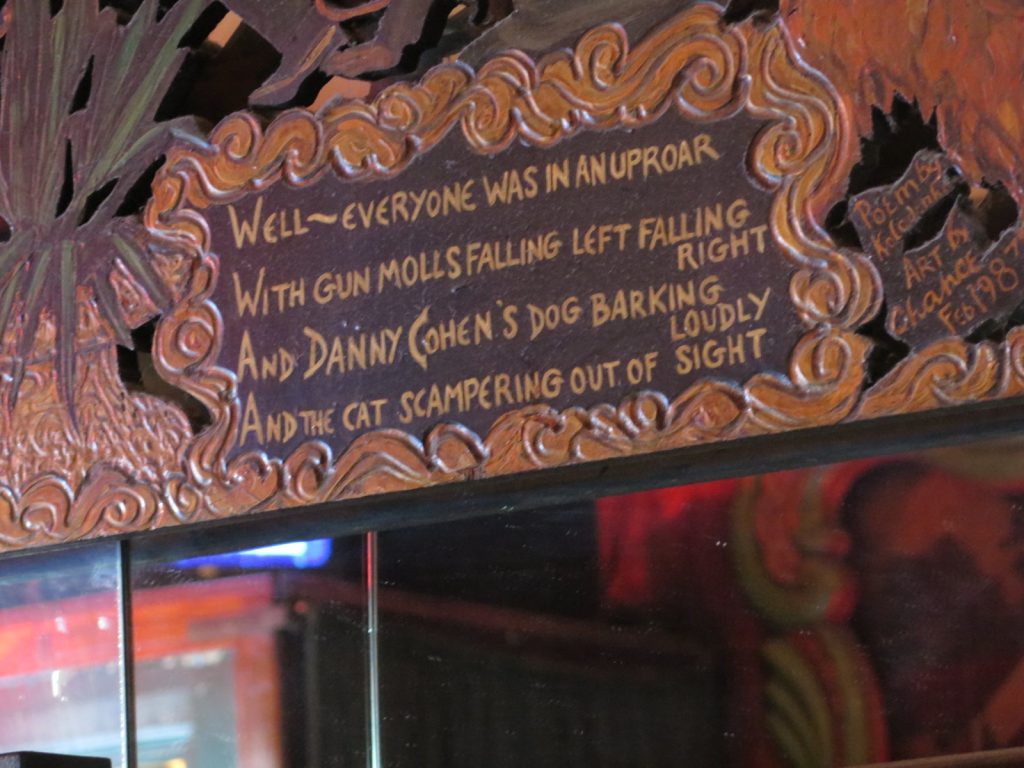 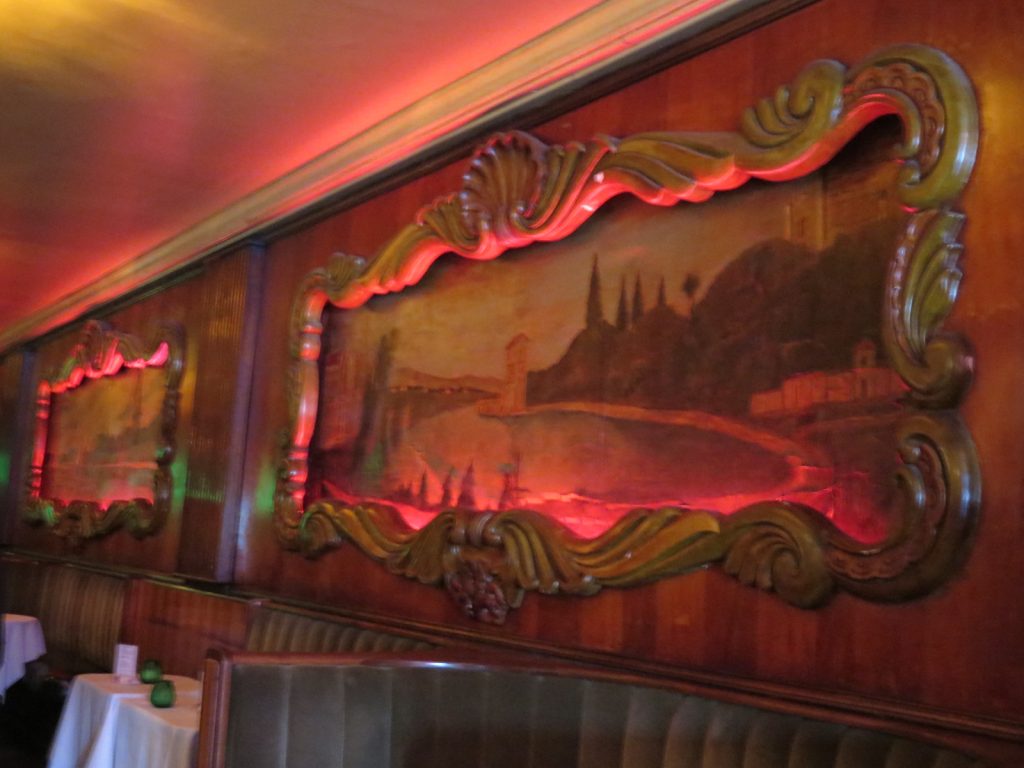 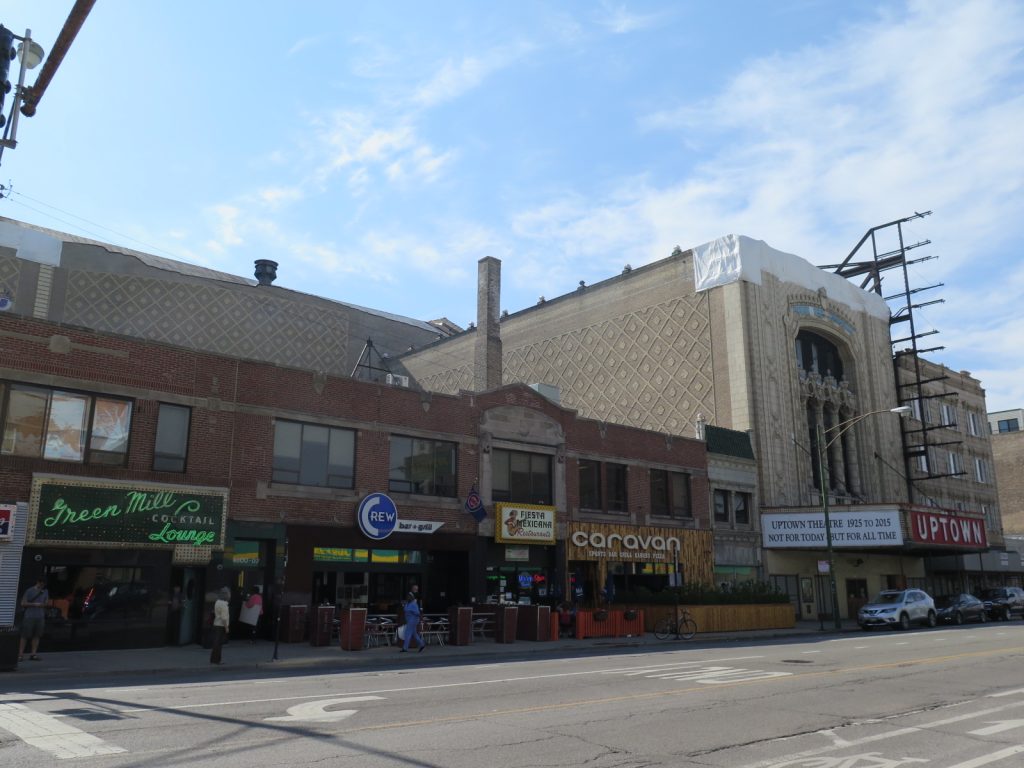 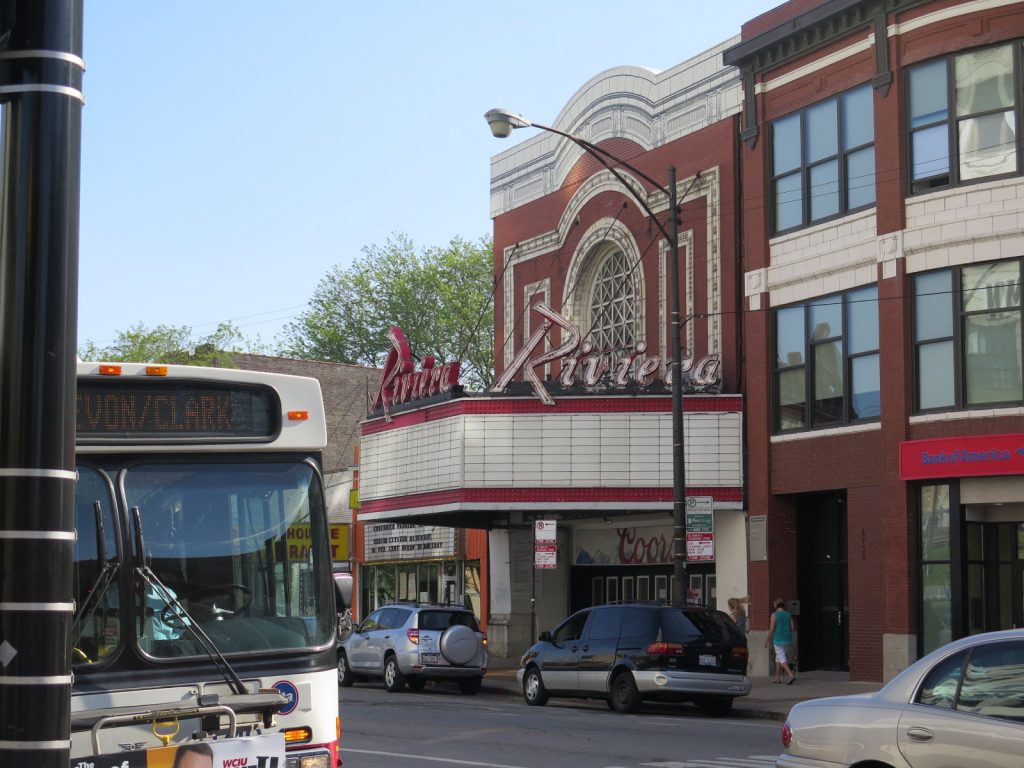 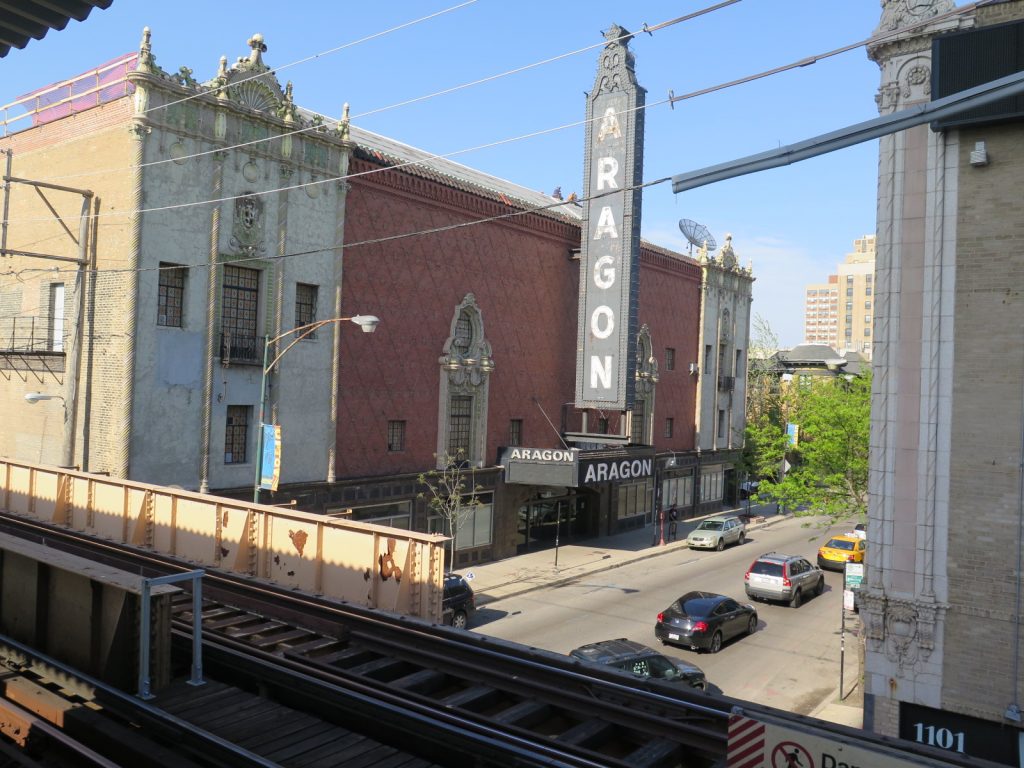 With a cold beer in me it was time to head on back. It was a good full day taking in the city – it’s sights, sounds, smells and more importantly it’s people – living and dead. It certainly provided me with the current feel of the place with some of it’s past poured into the jigger for good measure. Come on… the big and brassy, graveyards, mob hangouts and murder sites… I call that a pretty good day.

The next day I would be heading back on the sixth and final leg of this adventure. You just have to wait for it… probably tomorrow.