Sunday, at breakfast at Prem’s… Karim got detailed instructions on how to get to the train station… at least 3 times. This got to be a bit of a running joke and I threatened a pop quiz much to his (feigned?) chagrin. After more chatting it was finally time to say goodbye. The instruction on the directions did stick and Karim got me to the station.

This ride from Boston to Chicago is the Lake Shore Limited. This particular leg has intrigued me for quite a while. Apparently, George Gershwin wrote Rhapsody in Blue on a similar ride – Chicago to New York. Of course, it wasn’t fully formed… but it was on this journey that the themes in the piece were inspired by. Just based on that… how could I not ride it? And if you listen to it you can hear the sound of a train journey and rhythms in the music.

Traveling this route, the music kept playing in my head. I could see how it influenced the composition. Although I think the journey Gershwin took was in opposite direction. Maybe I should have played it backward. Hm… there’s a thought. 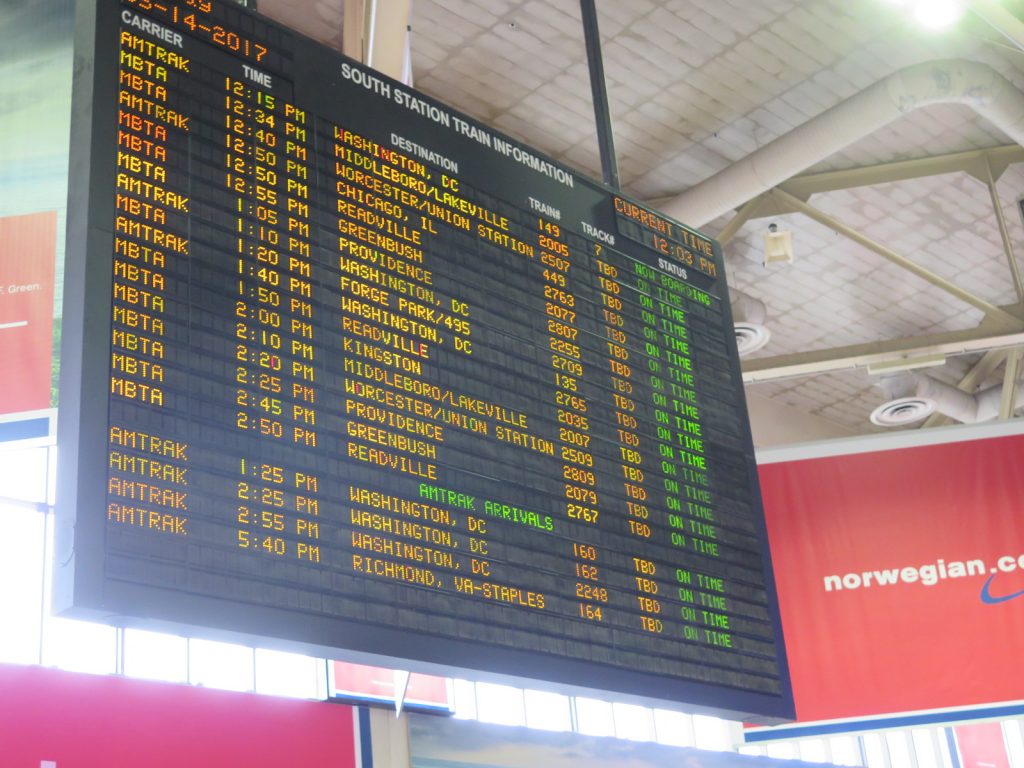 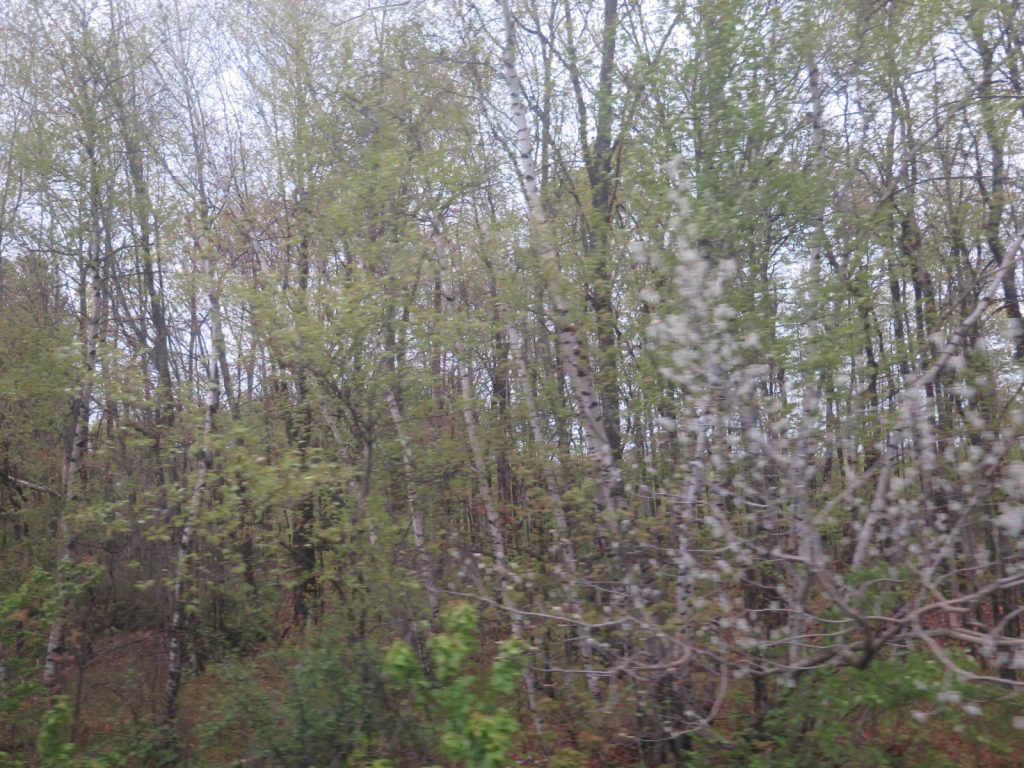 There was a long stop in Albany. The reason? The train that came from New York (also called Lake Shore Limited) was here to join our train… to make one loonng train. So, yeah… there was train coupling involved… and we had to wait for it. This gave us some time on the platform to stretch before finally heading into the night. 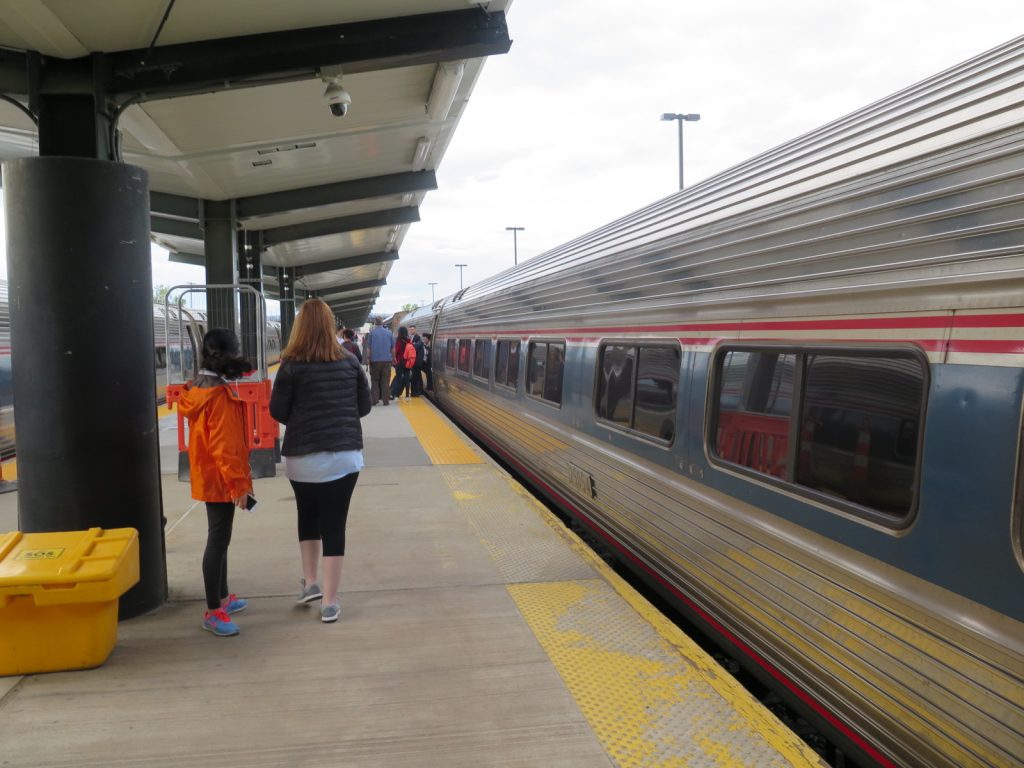 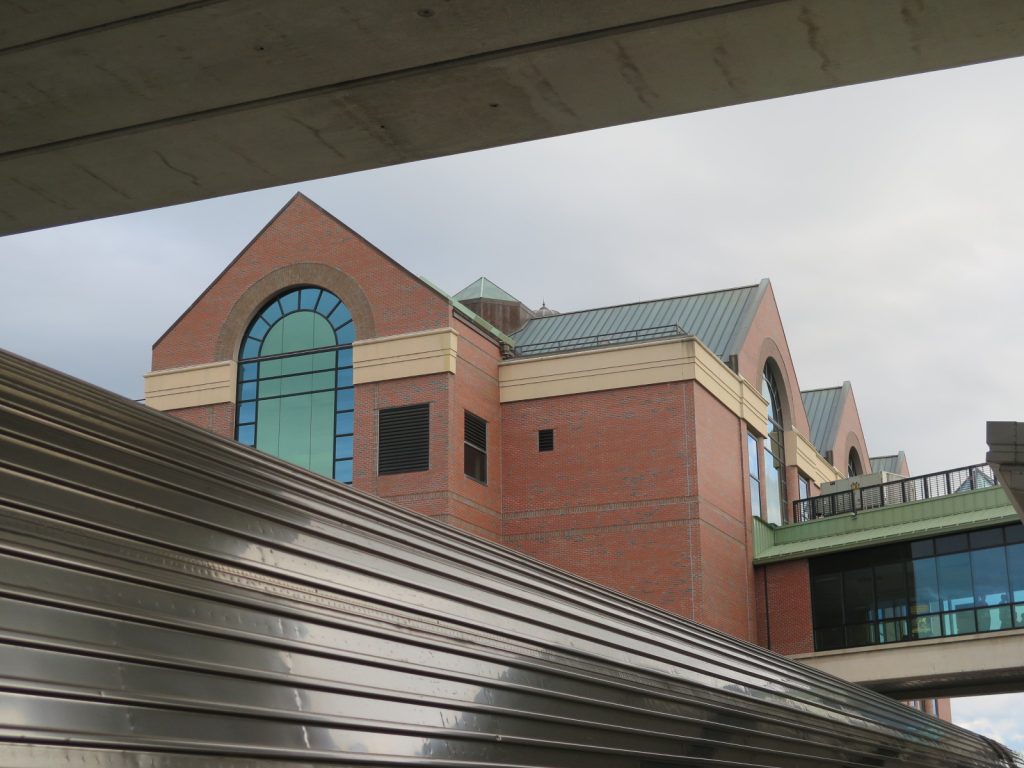 This was a 20 hour ride. I slept through some of it though I did wake up in Syracuse to stretch my legs on the platform some. The next place I did was in Cleveland and by the time the sun rose… Toledo. Passing through what were the industries in these areas, certain portions of the music played in my head.

By the time we pulled into Chicago (Union Station. pictured above) the entirety of Rhapsody in Blue was made so much richer for me. It has always been one of my favorite pieces… but now it was so much fuller. 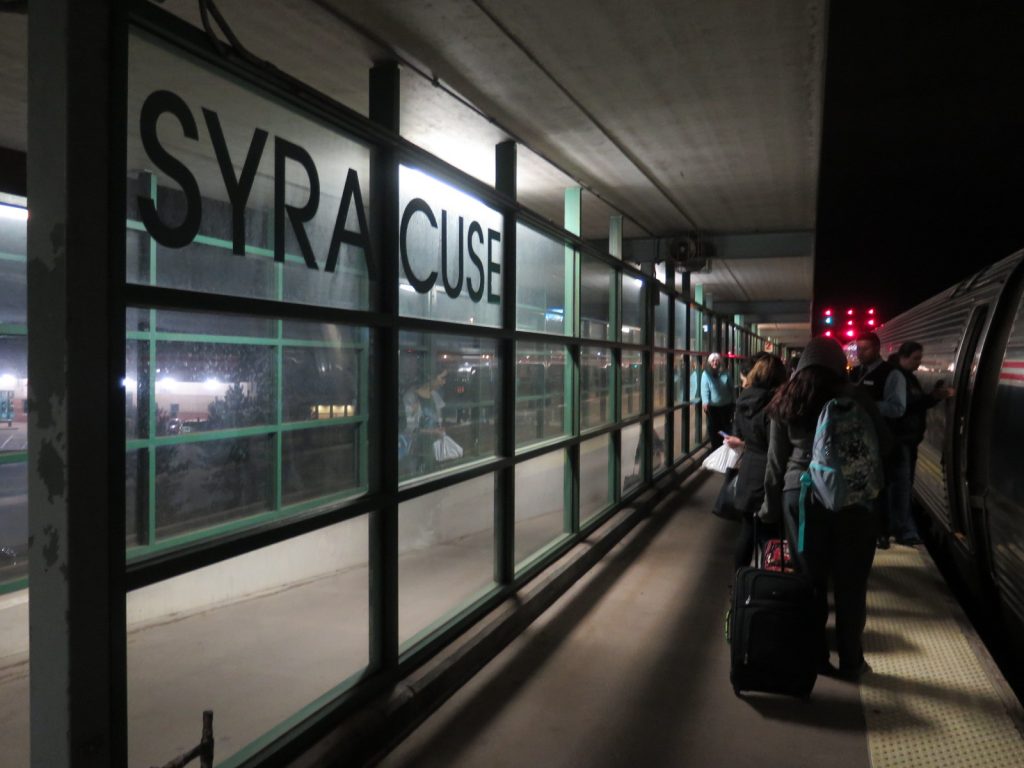 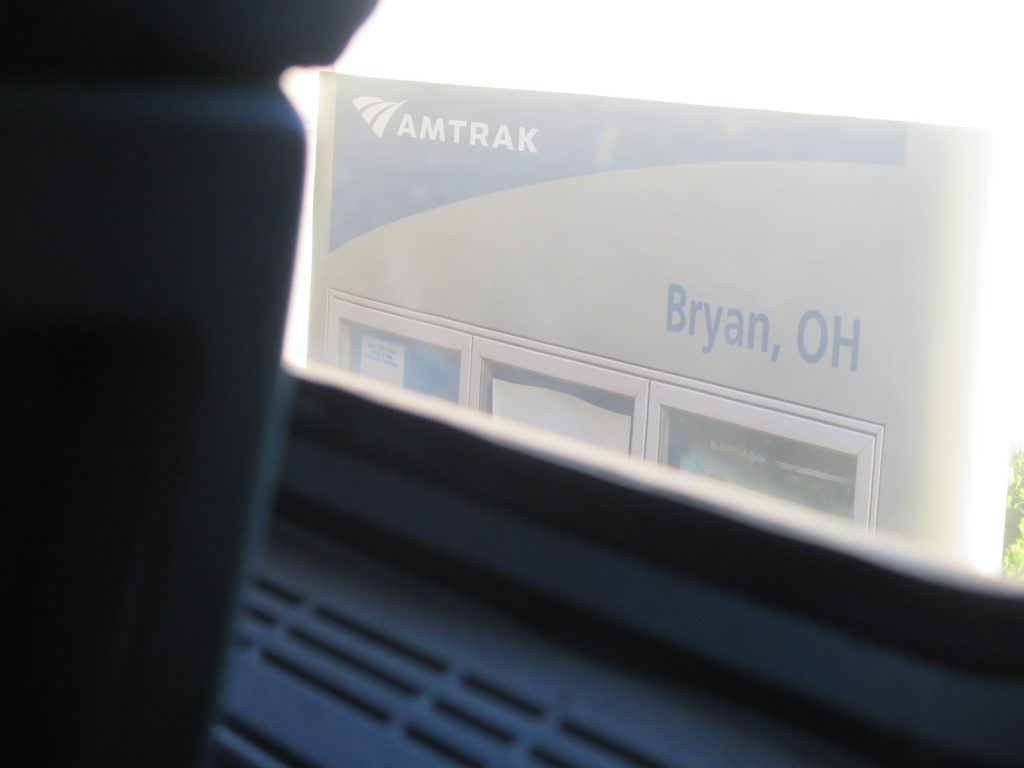 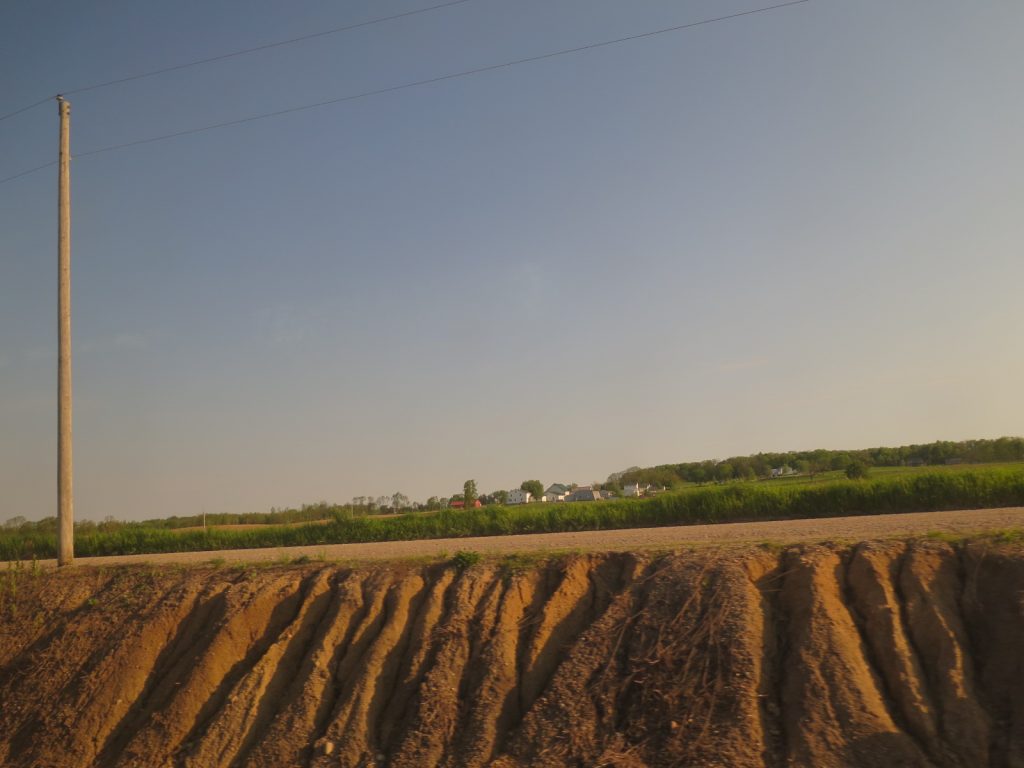 When I first got to Chicago. I was in a hurry to get to Carolyne’s place and had forgotten to take a picture of the grand staircase (actually there are two) at the station. This time I made sure I did. Not only was it featured the film The Untouchables but the scene itself was an homage to the Odessa Steps sequence from an earlier significant film called Battleship Potemkin. Here are both the scenes.

First an excerpt from Battleship Potemkin…

Next… from The Untouchables.

And now my pictures of the steps. 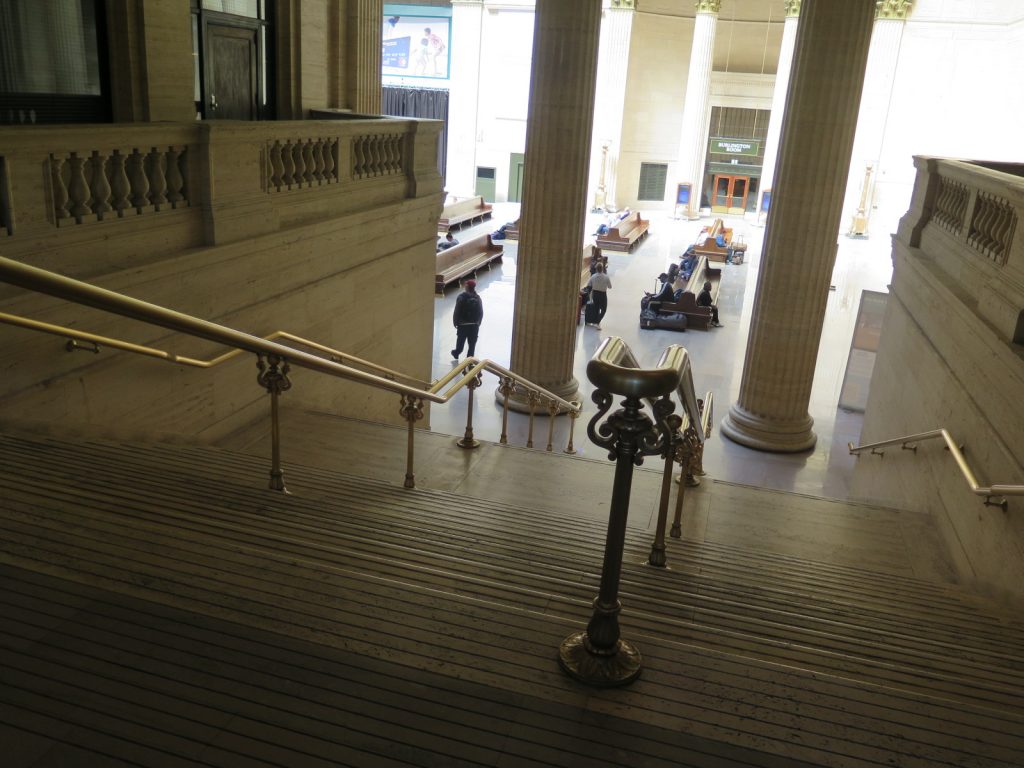 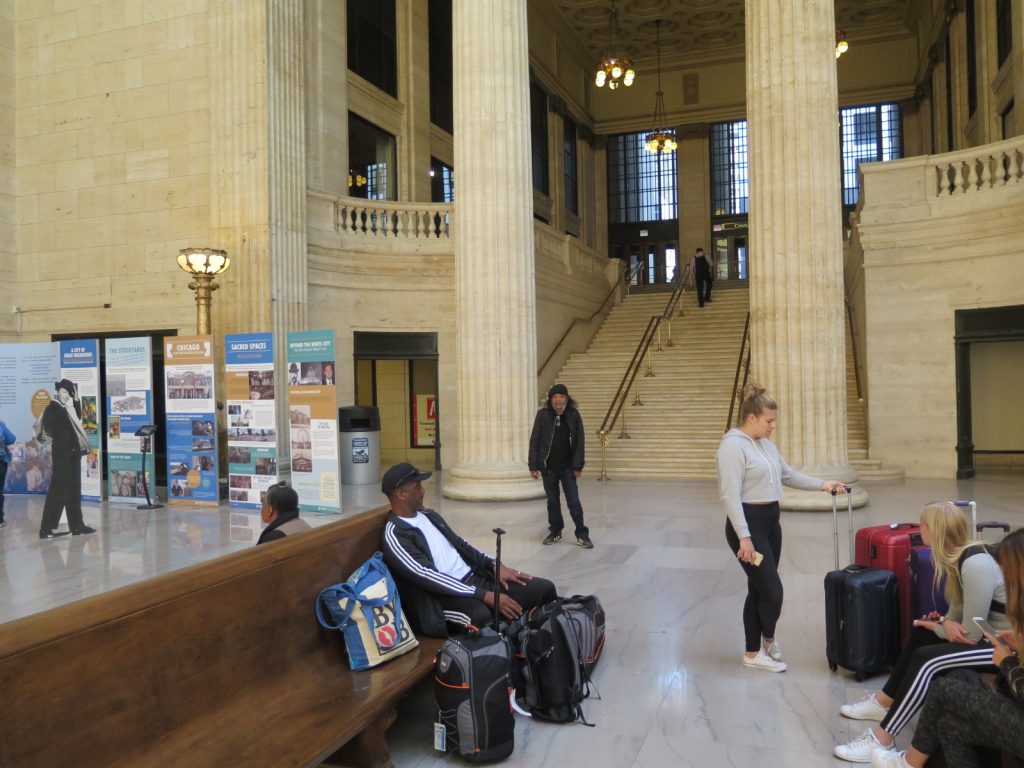 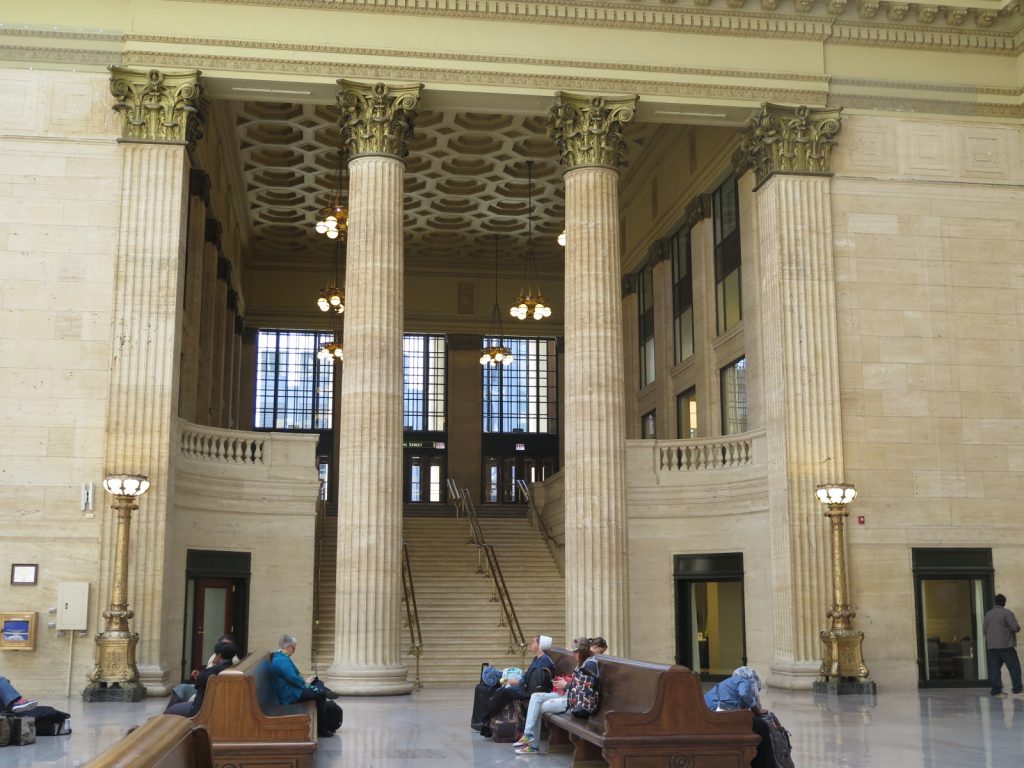 How is that for absolute “nerdery” in one post?

But this was only 11 AM… and there were more adventures to come… in the next post.

Yeah, yeah… I’m back home… but I’m catching up on these posts… give me a break, will ya?