freedom of expression – a plea 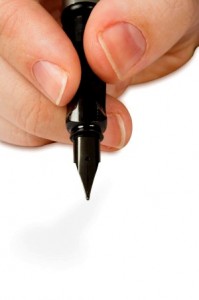 As many of you know I hardly ever blog about politics. The simple explanation is that any discussion of politics will inevitably descend into a rant… and I will only bitch or rant about something I am fully prepared to take action on. Heck, I hardly ever even discuss the subject unless it is within the context of observing it as some strange sporting event. One could argue that my post yesterday teetered on the edge of being political. Perhaps it did but I think you’ll agree that it swerved more toward social observations.

It would be an understatement to say that the current political situation in Malaysia is tumultuous. No matter what happens it is still going to be quite a ride for it’s citizens. I have not lived there in a long time and have kept up with the news via cyber means. So, my opinion on the political climate is inconsequential.

However I do think that action is definitely called for especially when they start throwing bloggers in jail… using a 50 year old “internal security act” which was originally enacted to deal with a communist insurgency at the time. It is a law that can imprison an individual for 2 years without trial… which is what happened this week. (Hmm… does this sound familiar?) My friend Patrick as well as many other bloggers have written about it.

The point is not whether I subscribe to this blogger’s opinions or not. The point here is that opinions and ideas are being suppressed simply because the content expressed in it makes a government desperately clawing on to a slipping hold of power… uneasy. A government that continues to treat it’s citizens as simple ignorant children… which they are not… and threatens them with this law to keep any challenge to their rule at bay. A law freely utilized by a government to make any “inconvenience” go away by conveniently labeling those individuals as “a threat to national security”.  A law that even the Malaysian Bar Council has recently called to be abolished.

There is an ONLINE PETITION you can sign if you so choose to lend your support in helping to free this individual. Read the links I have provided and decide for yourself. The fate and direction of the country ultimately lies with it’s own citizens. But perhaps we can band together to allow them various points of view in order to formulate that decision… and if for nothing else… for basic civil liberties.