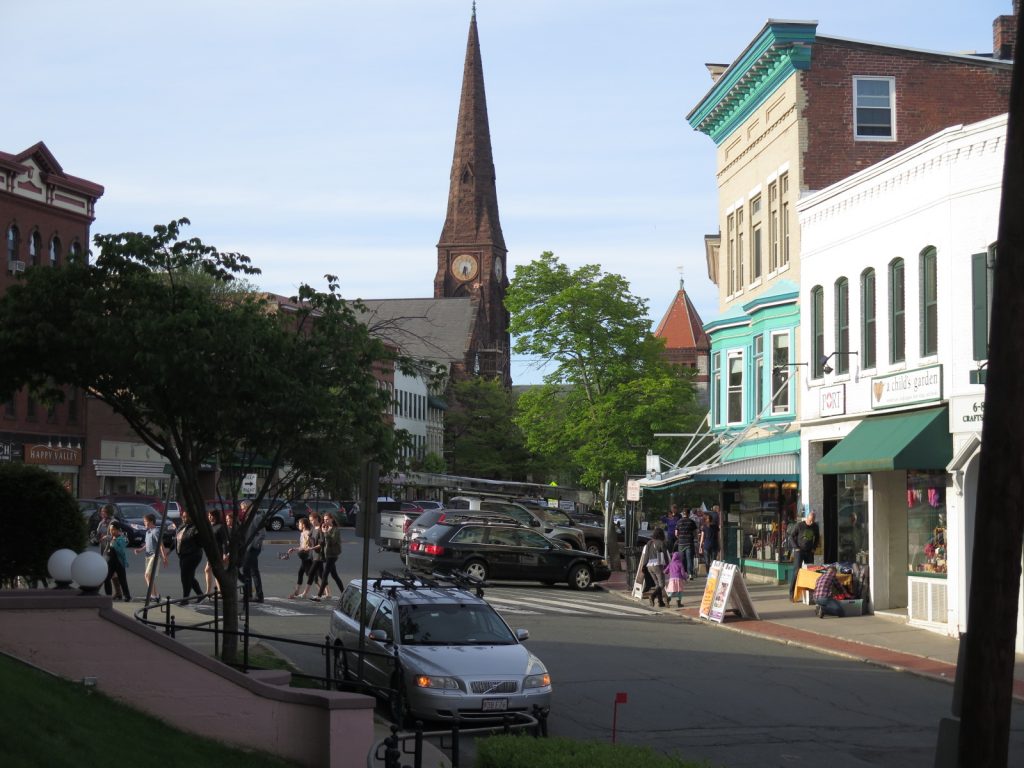 After a grand breakfast that Elizabeth had fixed us… and gladly stuffing our faces… we set of for Amherst. We made our way on to Mass Ave and just past the Berklee School of Music… on to the 90 headed to our destination. 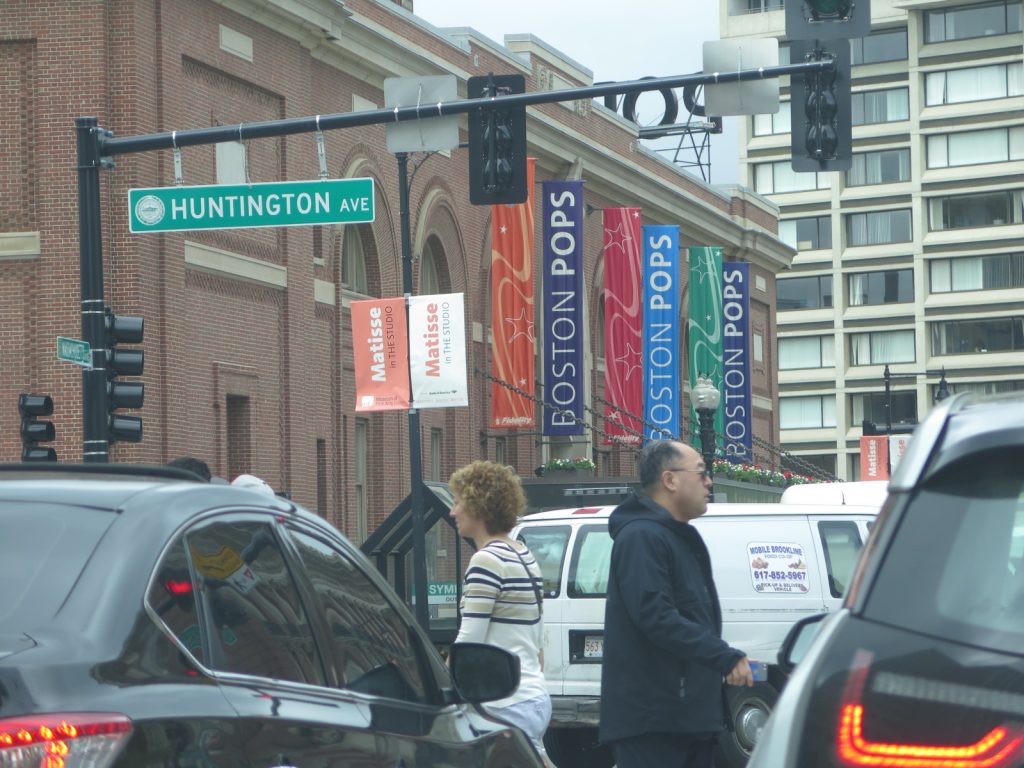 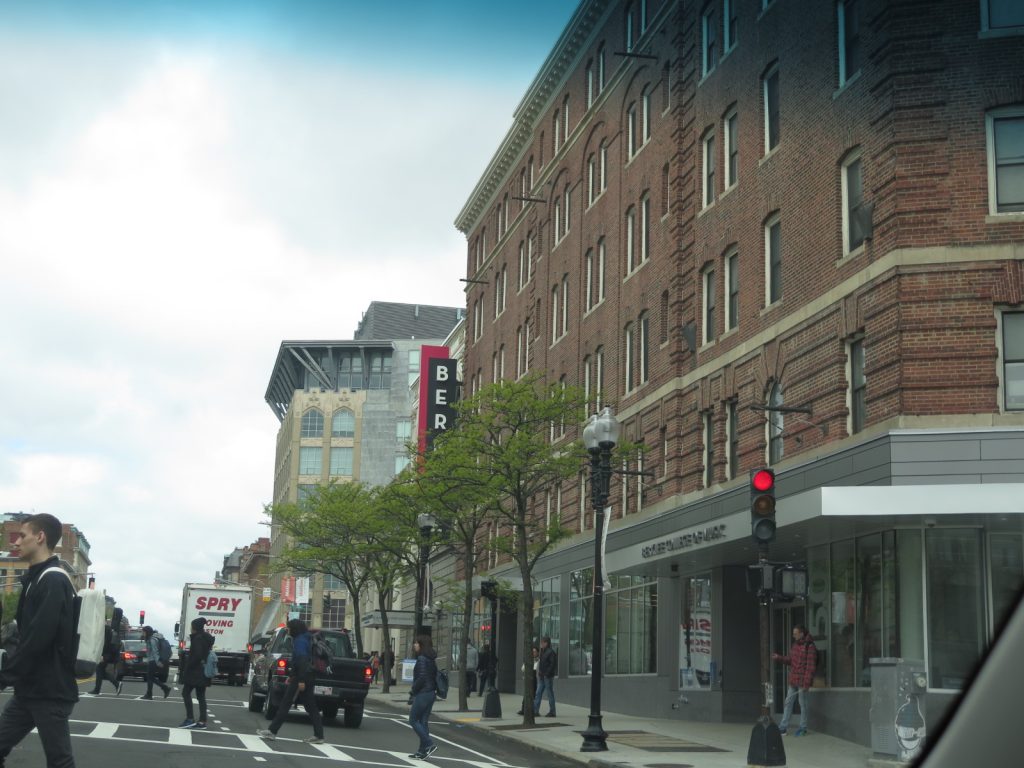 Pretty New England scenery on both sides… steeples, ponds and woods zipped by until we got off the highway. We drove through smaller picturesque towns one after the other with farms in-between until we reached our destination.

We rested up a bit for the evening up ahead. I got to meet Maya, Karim’s step-daughter… a beautiful 18 year old with a fresh spirit and a budding fine musician. Then it was off to Northampton. 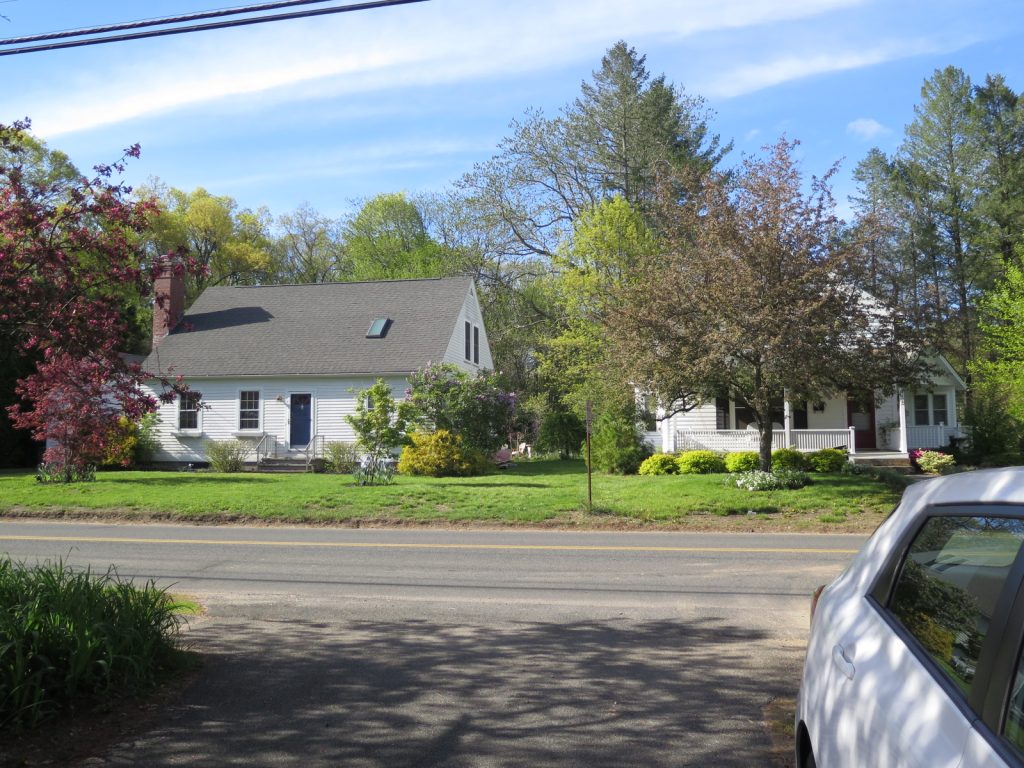 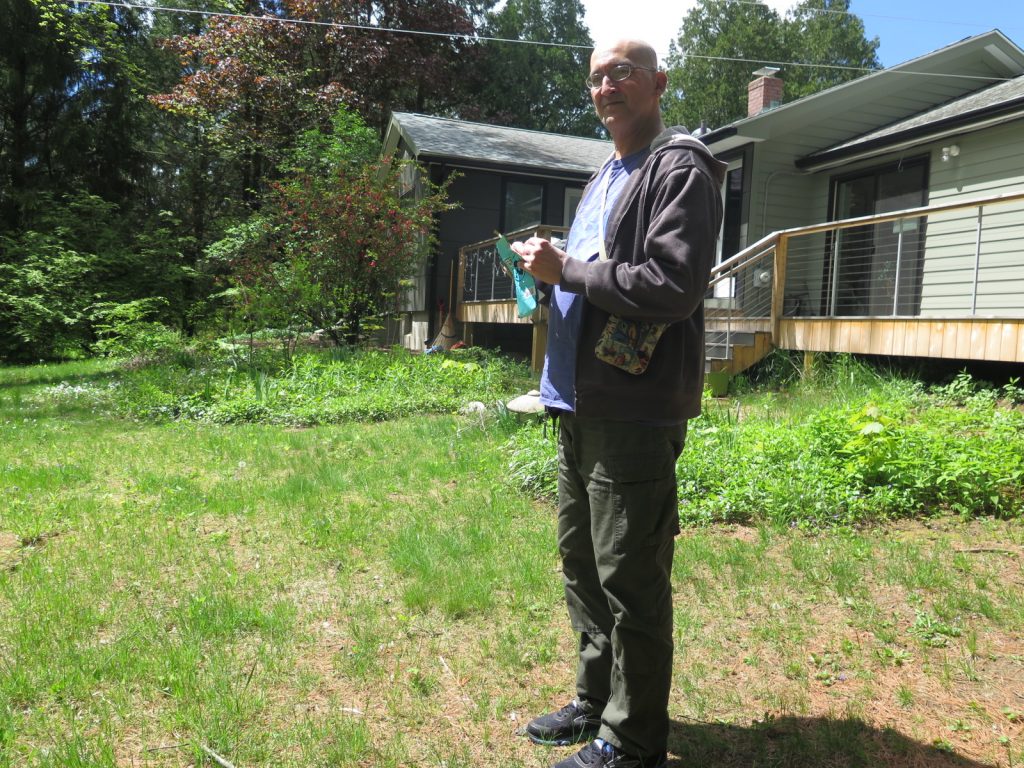 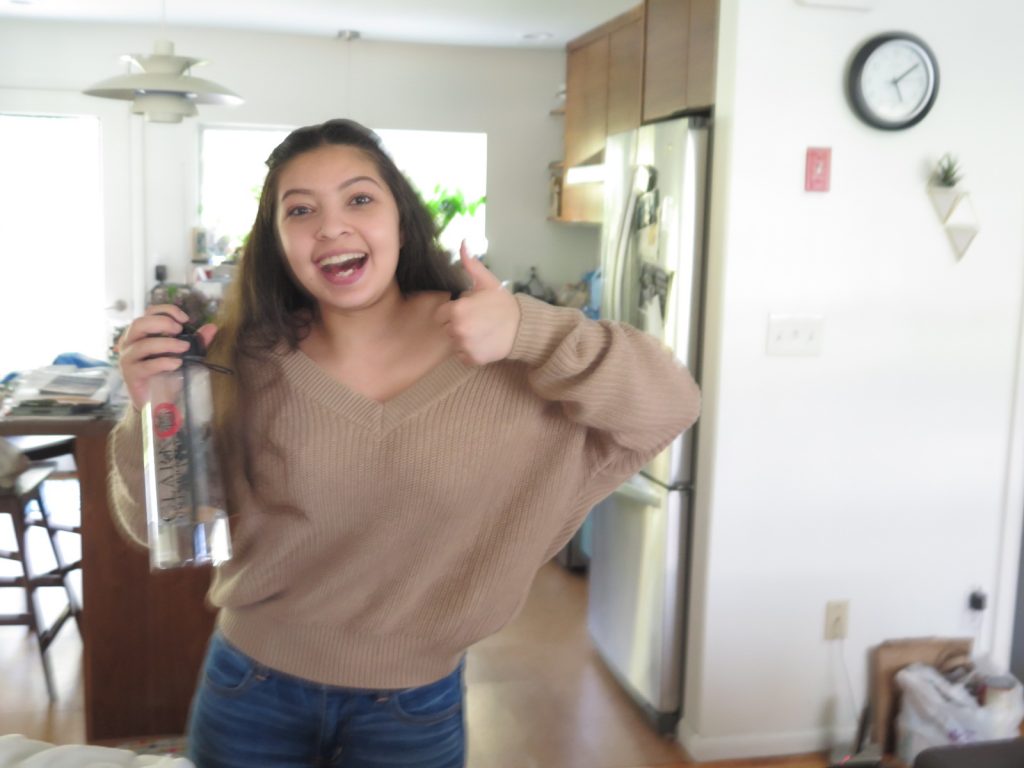 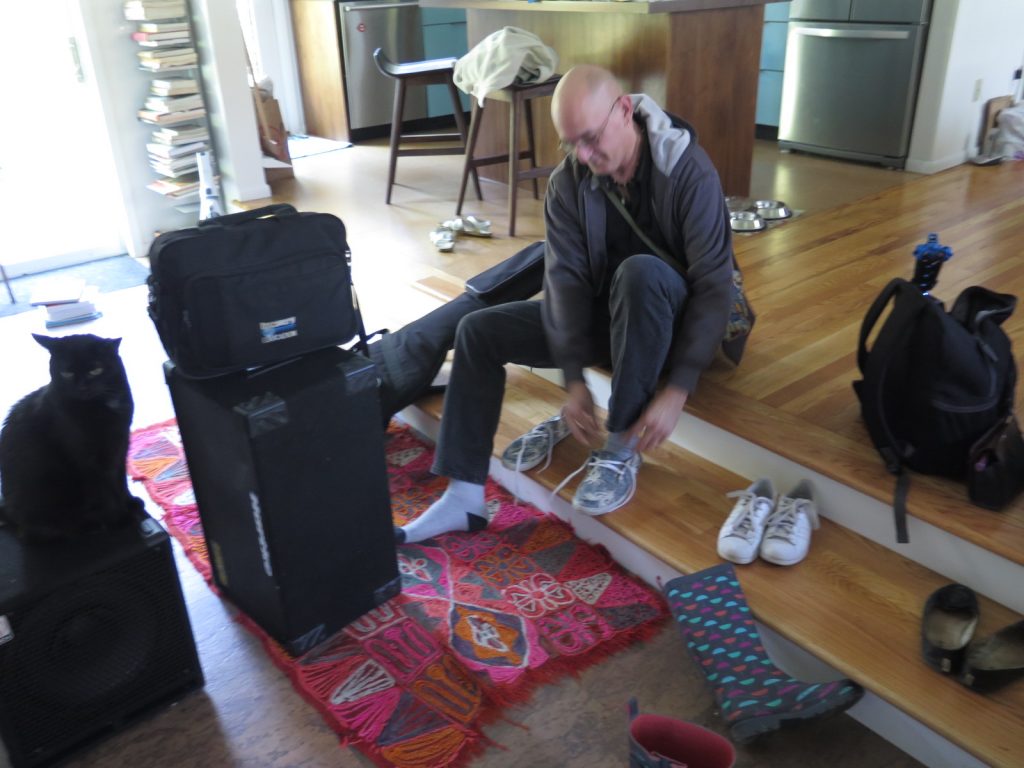 Karim plays in 2 bands and were both playing at the Unitarian Church, Once again, Karim’s address location skills were akin to a Laurel and Hardy routine. We did get there eventually.

While the band was setting up I took a little walk in the area. I can truly say that this is the first time I’ve been to a place like his. In many ways it seemed like small town America… just supersized… or that small town America were miniature copies of towns like this… at least in the sense of architecture. 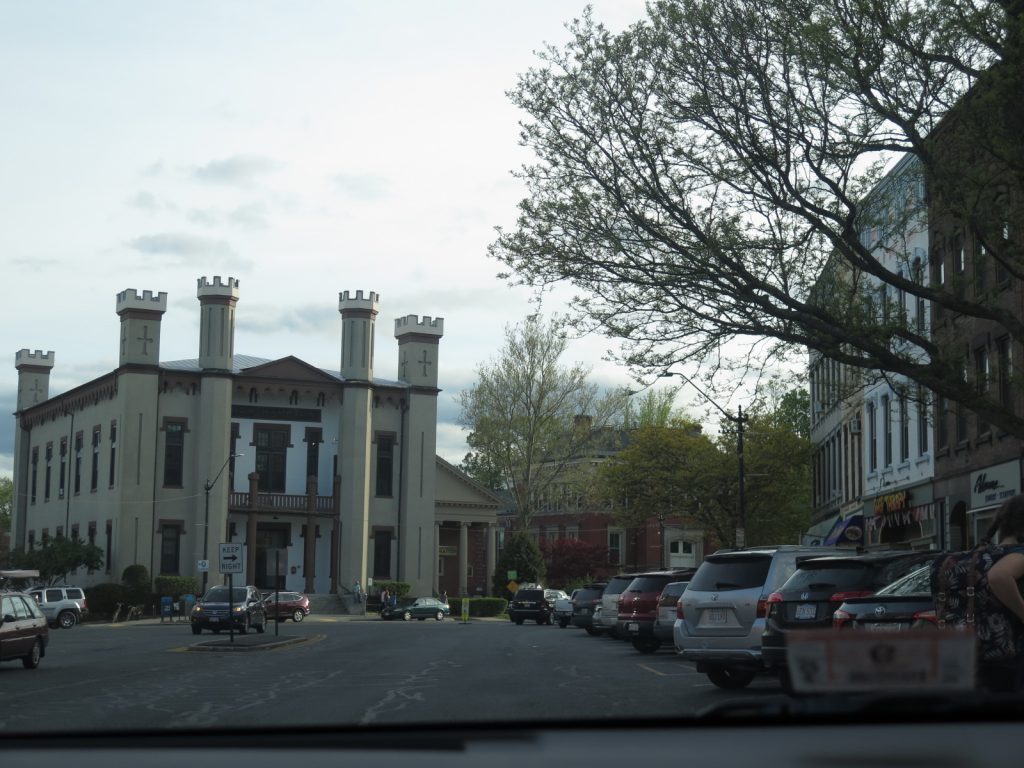 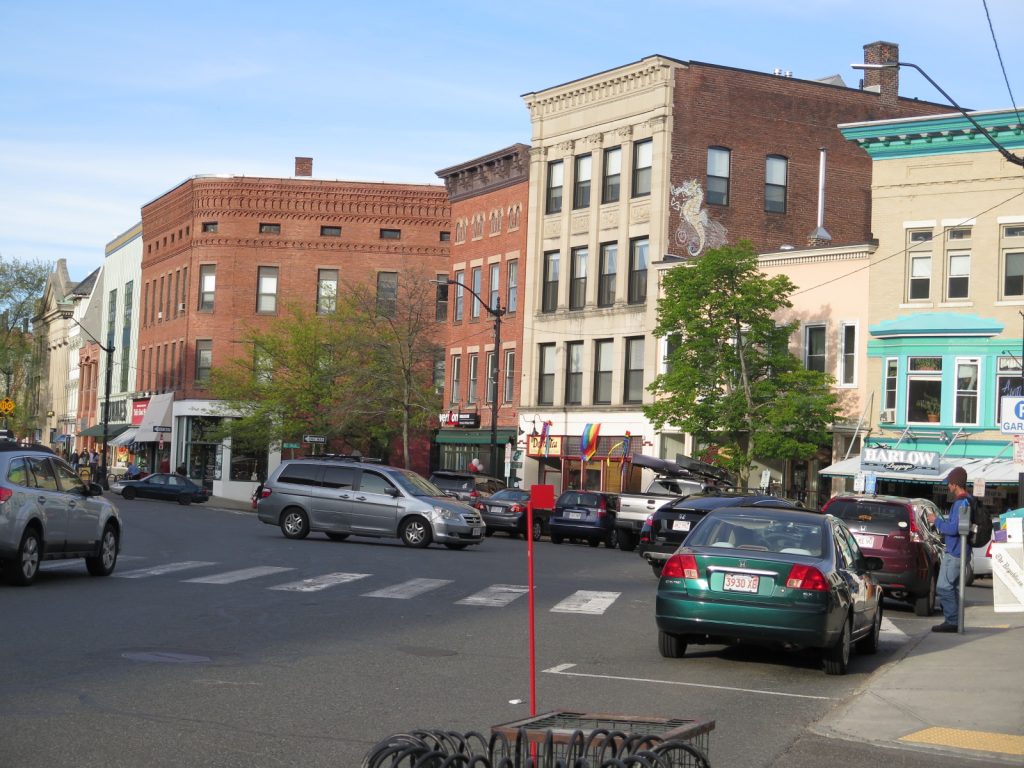 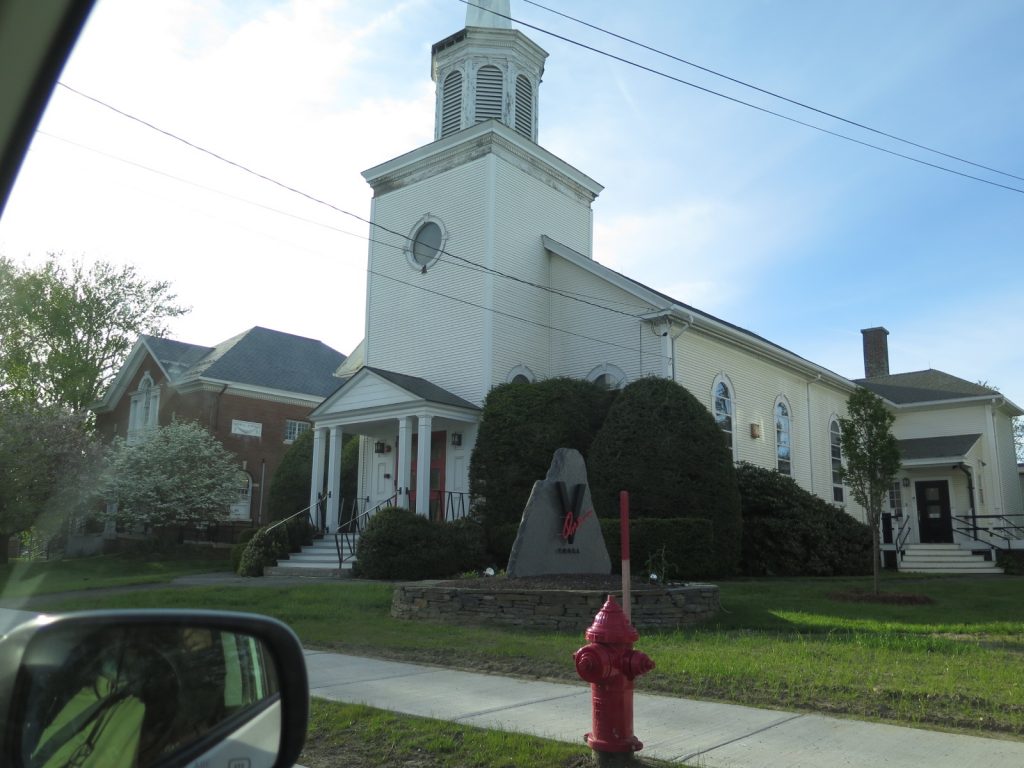 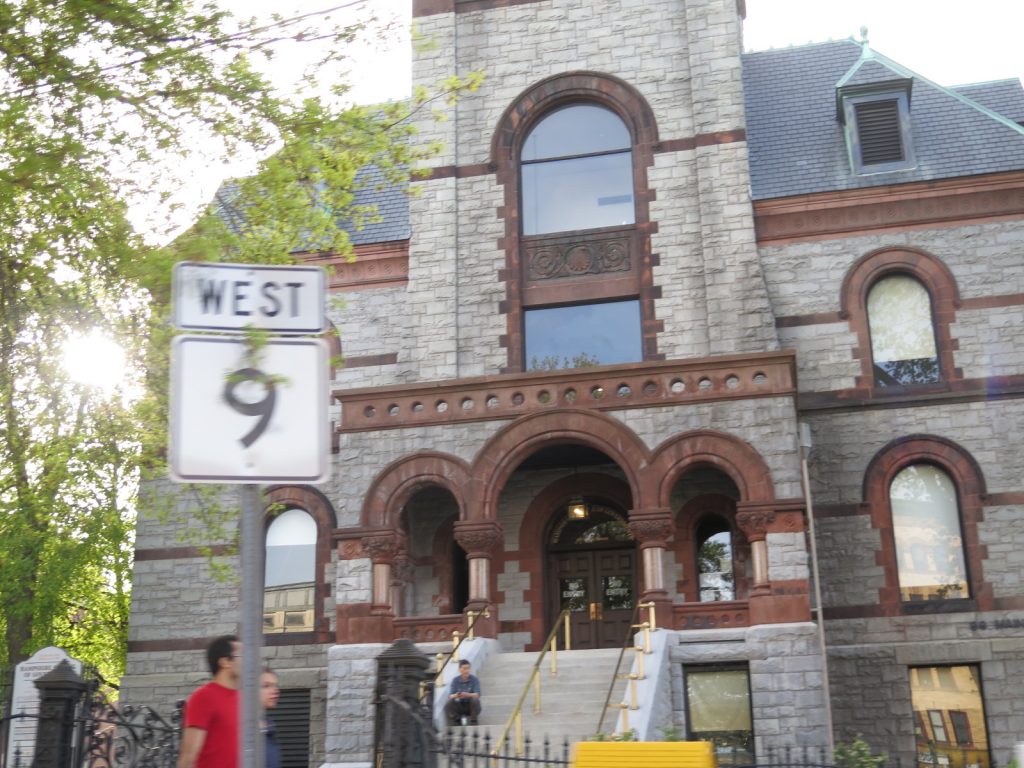 I also did a little read-up on some of the buildings in the area. The place that the bands were playing in tonight had also hosted the likes of Twain and Bernhardt. And as Karim had proclaimed earlier, “Welcome to liberal white America!”… and it certainly was.

Another thing that is noteworthy to mention is that most of the towns around this area are really close to each other… actually minutes by car. 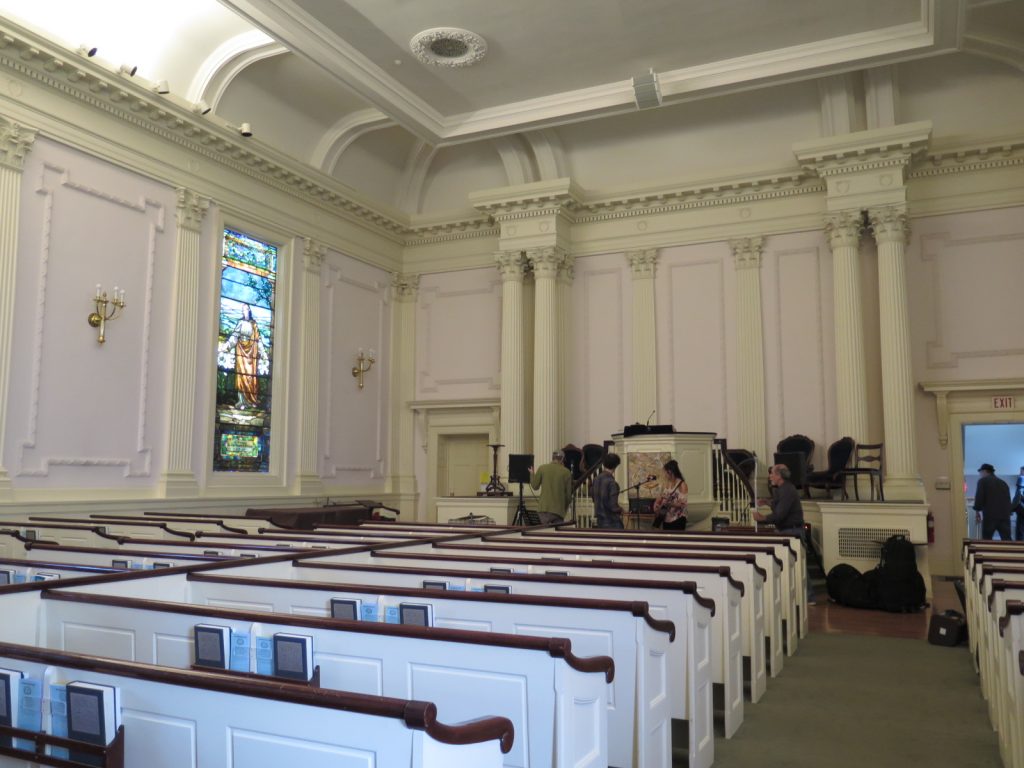 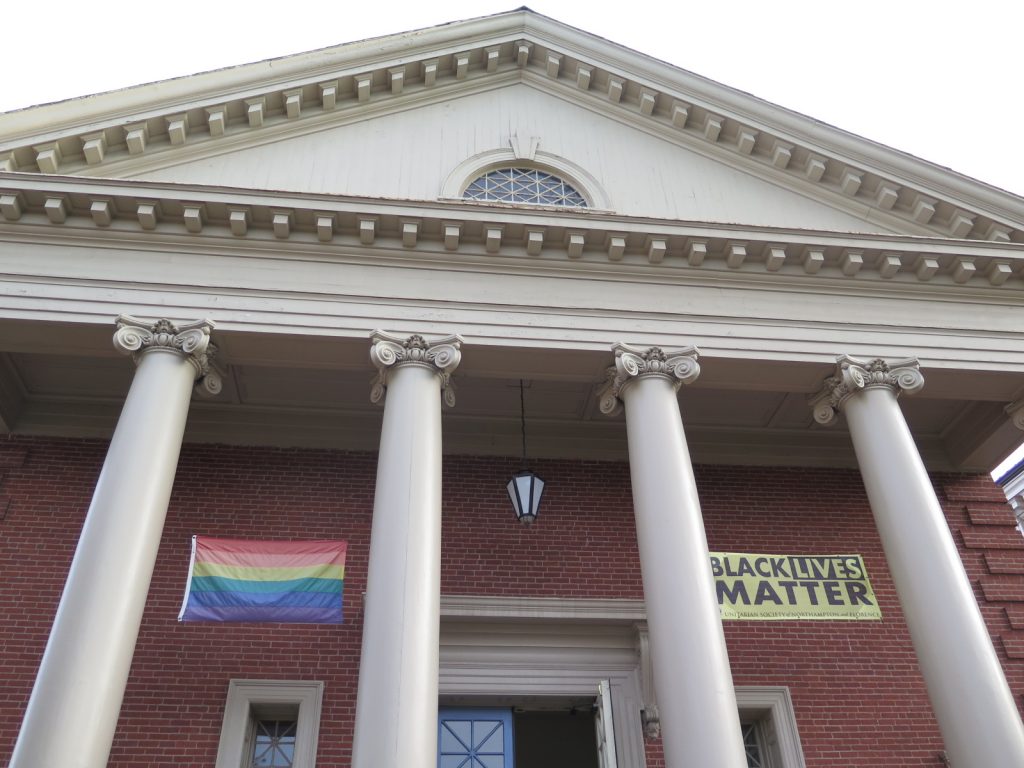 I enjoyed both the bands that night. One was more Americana and the other with more of a Afro-carrabian feel. The original songs were nicely constructed and earnest. Between sets I finally got to meet Karim’s better half, Anita and her sister Bettina. 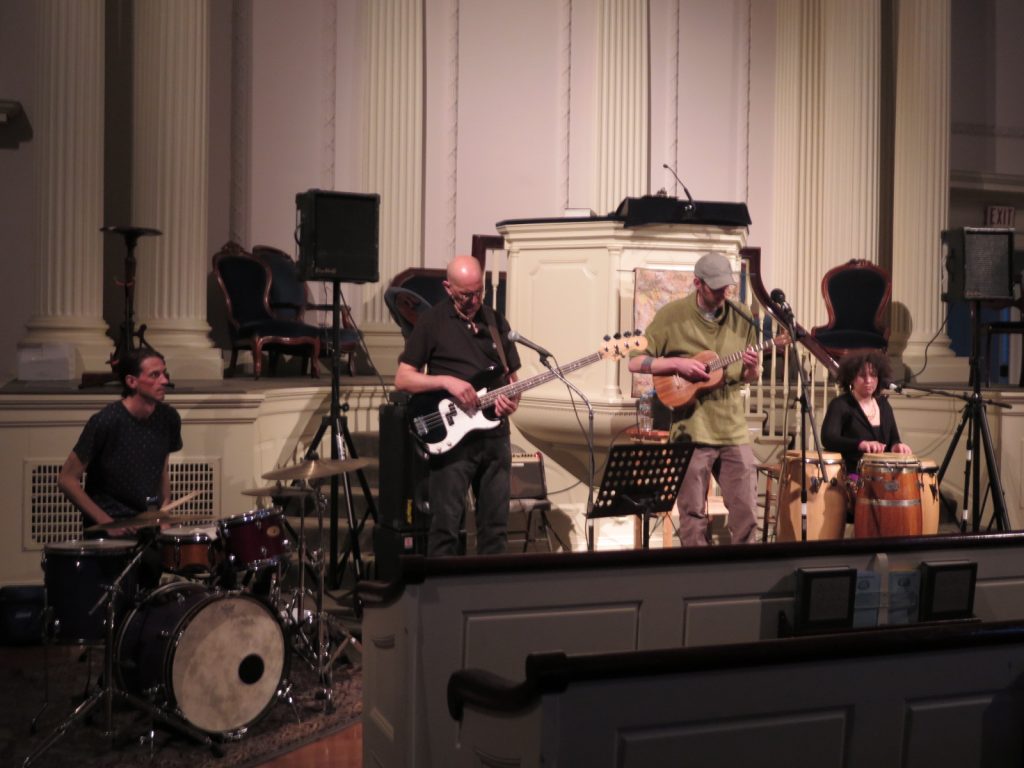 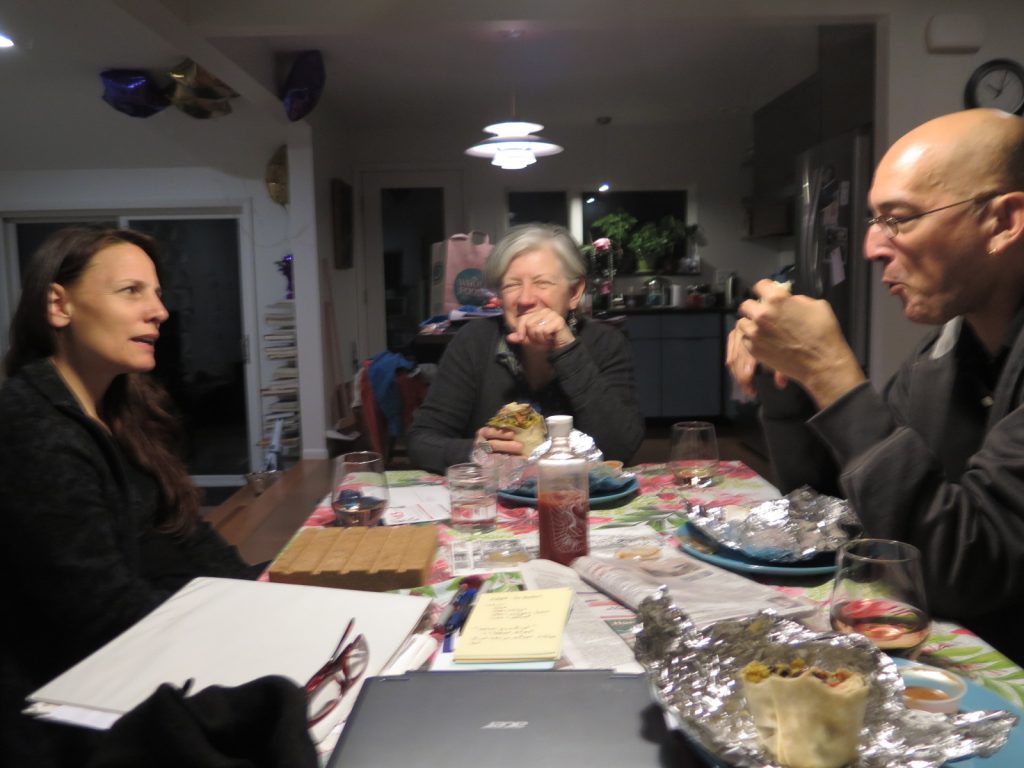 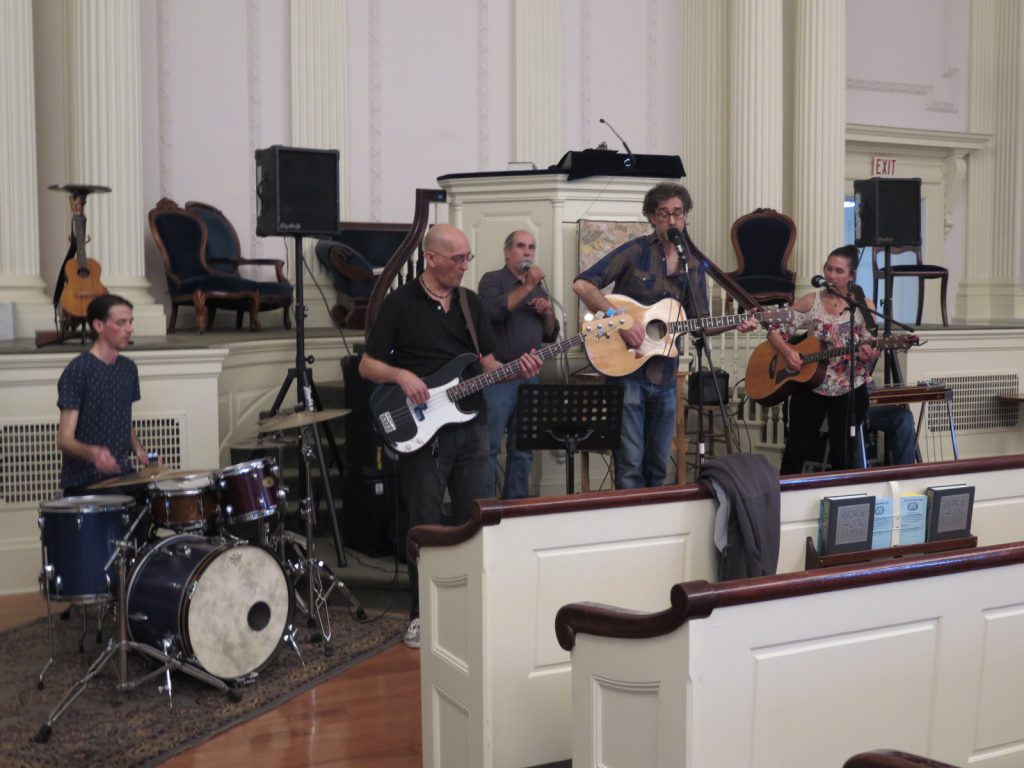 There was a fun post concert conversation with some wine and burritos back at their home. The last time I got to see and hang with Karim was in 2007 in Fresno. It was nice to be with him in his current natural  habitat… and most of all to see and hear him play again.