Home bits and pieces sometimes you get it…

sometimes you get it… 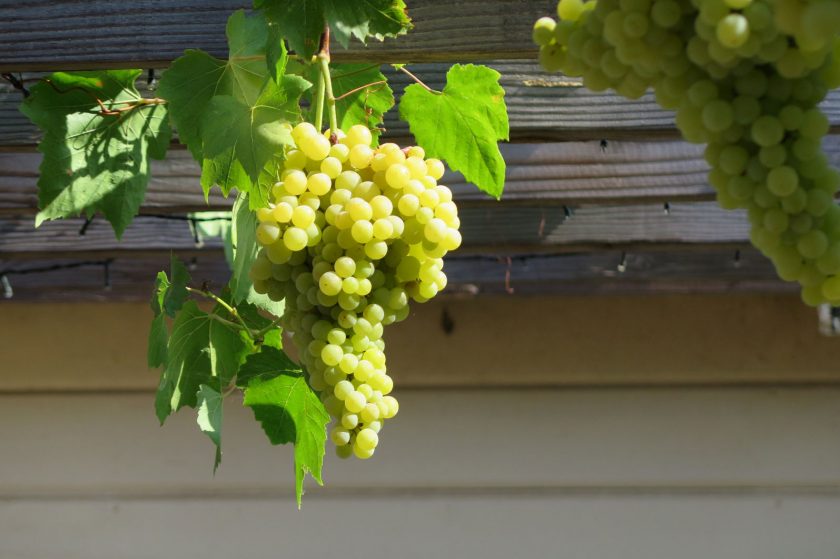 For years I’ve wanted an arbor full of grapes. This year it happened. Well, not suddenly… like in a blink of an eye or after a blinding flash. It took a while. The arbor had to be built first. That was 5 years ago. Then, about three years ago I planted a vine. As it grew I trained a couple of the main vines to twist up one of the poles. There was a bunch last year but between the drought and fungus… it didn’t do so well. The only good thing was the vines grew significantly. So, this year the foliage spread over half the top producing a generous amount of grapes.

As of last week, they were ready for consumption. How do they taste? They are sweet… but not overly so. In fact, they are just they way I like grapes to taste… with just enough tartness to make it interesting. It has certainly been a treat this week to pick a bunch fresh off the vine whenever I was feeling peckish. Truth be told… it feels kinda decadent… and I’m OK with that. 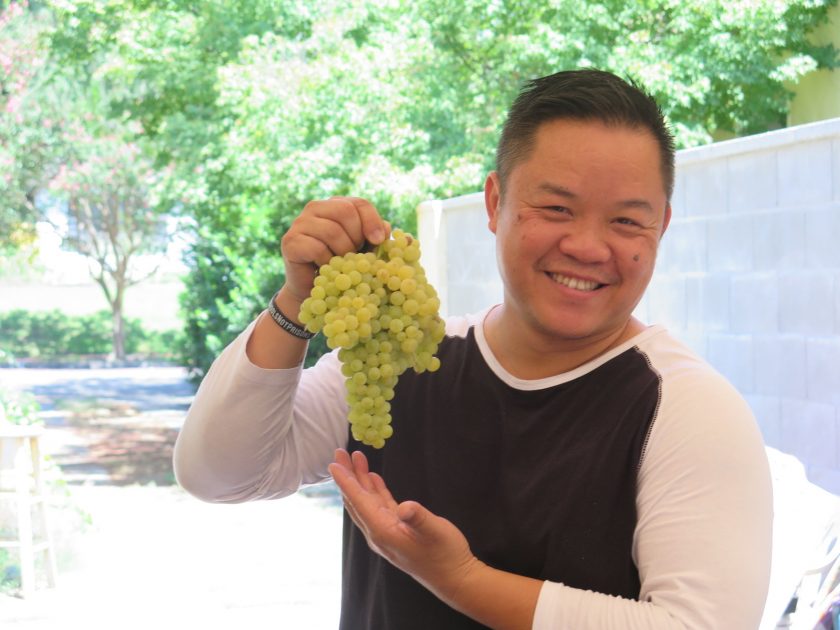 As friends have come by this week they have been invited to climb to get their own bunch. I’ve also insisted on taking photos of them with their chosen bunch. I even post them in an album on Facebook called “friends with bunches”. Yes, they are allowed to also keep and eat their chosen and self picked bunch. It’s all pretty silly and harmless fun.

So, what’s behind the title of this post? Years ago in a local backyard of an old house, I saw an arbor stretch the entire length of the yard. The base of the vines was gnarley with age and I could almost swear it was the vines that were holding up the entire structure. Where others might have looked at it with a cautious eye of health and safety… I found it charming. I was not a home owner then… but told myself, if I ever were to become one… I’d want an arbor with grapes growing on it.

OK… so, it took some time… but it has been achieved. I guess the point of all this is… if you want something, you just have to put in the work and time to make it happen. It’s not the mind blowing profundity you were expecting? Yet, it always befuddles me how often I hear someone express a desire… and does nothing to achieve it. For many things in life… it is not achievable in the instantaneous ‘just add water’ kinda way. And what if you get a bag of powdered water?

And while you chew on that… here are the remnants of my breakfast. Cheers! 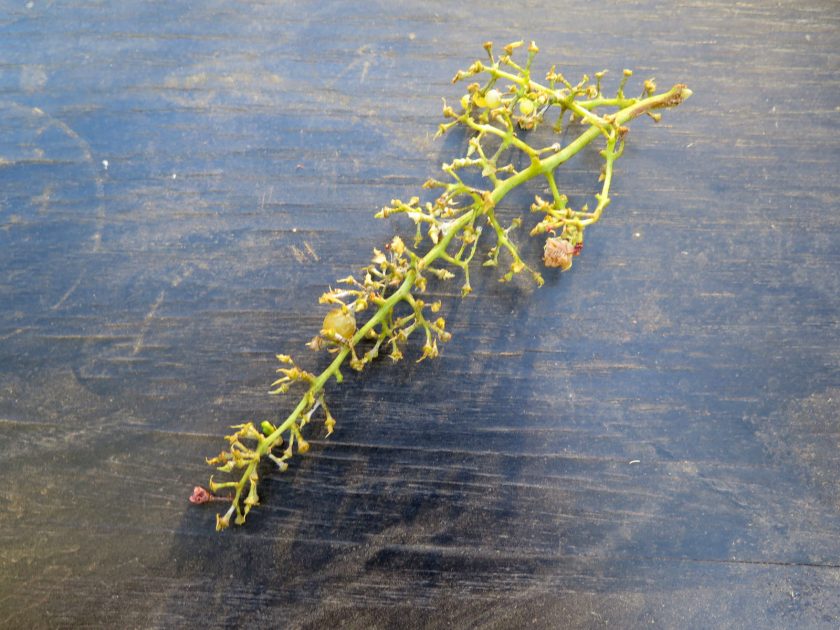