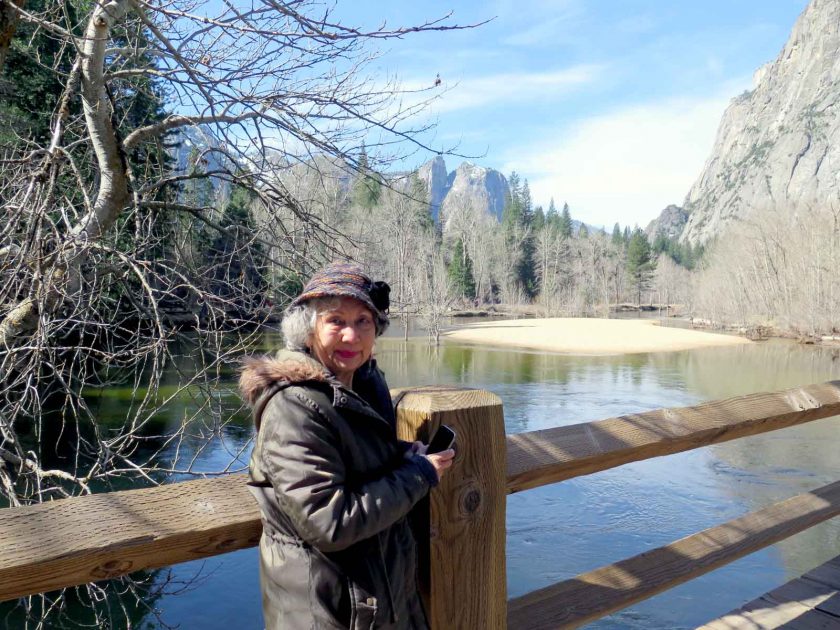 It has certainly been the Summer for it. To be accurate it began in late Spring. My Godmother, who I have not seen since I was 16 came to visit. The trip was supposed to have taken place last year, but due to unforeseen circumstances, it was postponed until this year.

For a while growing up, I was convinced that Emma Peel from The Avengers was my Godmother. Yeah, she (Val) was that hip and possessed more than a passing resemblance to Diana Rigg. Also, in my eyes, she lived a fabulous life. For the record… she still does… spending a goodly part of every year traveling. Her visit here was just one stop along the way that included cruising through the Panama Canal, the fiords of Norway as well as extended stops in London and Tel Aviv.

Val is still a sophisticated, vibrant, beautiful and vivacious woman who can outwalk me. She proved that on more than one occasion especially on our visit to San Francisco. (O.K. so maybe I need to step up my walking mojo.) There was also a visit up to Yosemite. Little did I know (until we got up there) that this was on her personal bucket list. It did give me a bit of a thrill and warm pride that I was able to facilitate that.

We spent a lot of time together catching up and reconnecting. A lot of the time was also spent regaling each other with stories… filling in the blanks as it were for those missing years away from each other. I was especially delighted with the stories shared about my parents before I was even a thought… let alone a glimmer in their eyes.

It was a good visit. Hopefully, how I turned out wasn’t too much of a disappointment to her. 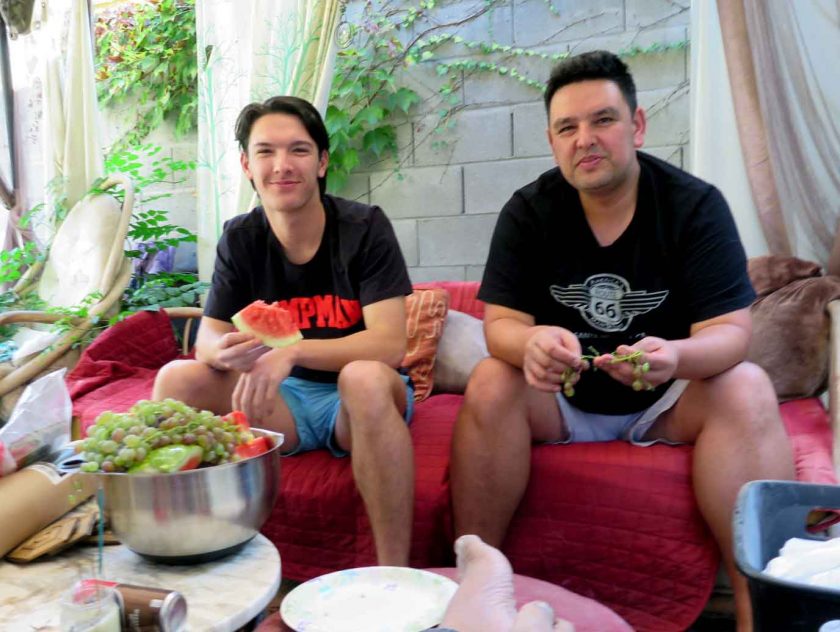 Then, a few weeks ago, a couple of cousins, Mark & Zach, from Australia came for a visit.

Now, Mark (on the right in the picture) is the youngest son of my first cousin and is Australian born. (If you are wondering… his grandfather, Johnny and my Dad, Harold were brothers.) We had Skyped on occasion over the years but hadn’t met face to face… until they arrived in Fresno.

Zach (to the left in the picture) is Mark’s son… who has been accepted to the University of Idaho on a track and field scholarship. So, their visit here was one of two stops on their way Moscow, ID. where Zach was starting college. The fact that they took the time and effort to visit me on their way… I considered a privilege.

Although there were visits here and there (the Underground Gardens, Gazebo Gardens, SF, etc…) while they were here… really, the time was mostly spent getting to know each other. From that standpoint, I can safely say the visit was a success. I found Mark to be “one of the good guys” and Zach a fun and well brought up young man. And yes, the Nunis blood definitely runs through their veins as it does in mine. You can always spot a Nunis… it is in the eyes… the threat of fun and mischief sparkles in them. (And more often than not… acted upon.)

Mark and I had several conversations about this… between me sharing with him stories about the grandfather he never knew. We shared the “easy going… spot the fun opportunities” which are familial traits. It is the kind of connection that one doesn’t consciously think about but can easily spot a mile away. As Mark put it on their last night here, “When all is said and done… we are family and I spotted that in you when we met.”

I was actually moved by this because living in this part of the world… visits by the family are rare. I can count on one hand how many have taken place in all my time here.

These two visits reminded me that I am (still) connected. Yes, I do commune with cousins on Facebook… but face to face visits, sharing meals and chatting in the flesh is a rare occurrence for me. I’m not complaining… it just is… so, when meet-ups like these happen it is pretty significant in my book.

I am thankful for them (these visits) and can only hope they are not so few and far between down the line.