Home bits and pieces maybe it is the rain

maybe it is the rain 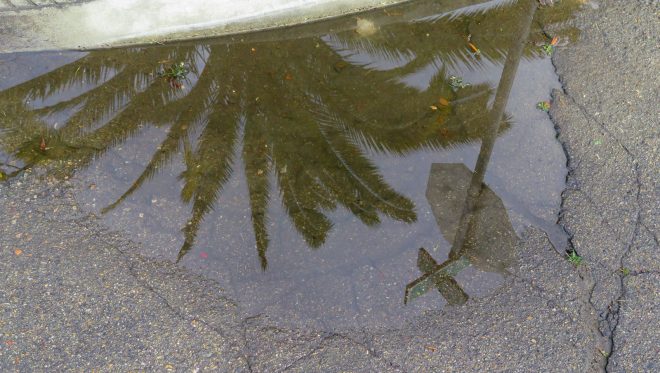 Lord knows we’ve had our fair share this season… and it continues. It is some relief for the last 4 years of drought. That is one of the many upsides. The other significant one being that the air gets washed out which in turn makes the act of breathing much easier. All good things, right?

So, why am I feeling a tad bit melancholic and nostalgic of late? Maybe because the weather has hampered my daily routine for a walk. Or perhaps my personal quota of dreary days was surpassed a couple of weeks ago.  It could just be that I’m looking for an external reason to blame on something I’m feeling internally. However, that does not hold true because this feeling lingers even on the days when it is nice outside.

I did think about it last night… and the other thing I could blame is the political turmoil for this feeling of malaise. But I thought harder… no, it is not that either. It is actually something deeper.

I think it actually is the nostalgia of a social sort. There used to be a time (at least in my life) when reaching out and being reached out to was more a part of life than it is now. And I’m pretty sure this is true and not just for me.

Some may argue that we are more connected now in the age of social media than we ever used to be. Are we really? Beyond the quipy 140 character tweet or posting random activities on FB are we really experiencing the essence of each other? Sure, we are made aware of each other’s daily doings but are we really getting to know each other?

Admittedly I don’t go out socially as often as I once used to. So, I will take responsibility for that… but remember when we used to make and take phone calls to say “Hi” and just catch up? Now it seems like every call I make I leave a message and rarely is the call returned.

Used to be when one left a message it was because the other person wasn’t close to a corded phone… but in this wireless mobile age that ceases to be an excuse. This is not exclusive to phone calls… it even extends to “catch-up” emails as well.

It has occurred to me that perhaps my reaching out is unwelcomed… because I do reach out. But on balance it feels like I’m reaching out more than I’m being reached out to. And of late when folk do reach out it is mostly because something is wanted of me. That is not a bad thing… but that is business… not engagement.

Sure, there are exceptions… for which I am grateful for. But actual engagement seems to be rare these days. I could take solace in blaming the weather but more and more I’m becoming convinced that perhaps we are over connected… and that sort of hyper sensory assault blocks meaningful engagement.

Despite this, I will continue to engage… or at least make attempts to engage… but at the moment it feels like a losing battle… and it should never feel like a battle.