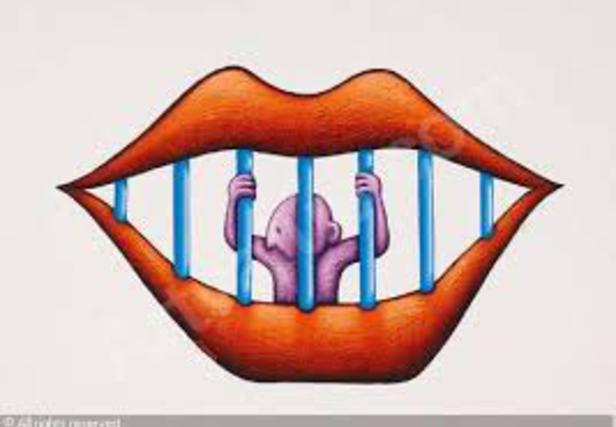 … and why I champion it. I am writing this not just because the annual Rogue Festival is around the corner… though the festival is proudly tied to this principle.  But I will get to that later in this post.

Of late, in conversations with a couple of my more conservative leaning friends, the idea that “the press is the enemy of the people” has been bandied about. I must add that I dearly love and respect these folk but I respectfully disagreed with their assessment. In fact, when I said that this is part of freedom of expression one of them actually said, “No, this is about the freedom of the press.”… as if the two were separate elements.

Frankly, I was a little gobsmacked by this response… simply because I know from personal experience they are inextricably linked. Trying to separate them is a dangerous idea. And just for the record, several years ago I had a similar friendly tangle with some liberal leaning friends. The point being, if the story doesn’t skew your way the first thing to do is try to find a way to shut it down.

Are there media outlets that are biased? Yes. Are there news stories that are sloppy about the facts? Yes. But these have always existed since the advent of the the news business. What is different now is there are more sources of news and platforms to share it than ever before. Something else that has also existed is that there are just as many reputable sources of information back then as there is now. So, if you are not finding actual news then it is you who are lazy and not the entire profession.

Let me provide you with some context as to why I feel this way. I was born and raised in a young country that gained independence a mere two years before I was born. Before that, the country was under colonial rule for about 400 years under the British, Dutch and the Portuguese respectively. Because of this fact, and presumably the presumption that the “locals” hadn’t self-ruled in all that time, we had what I loosely call a “guided democracy”. In such a system the “guided” quotient is applied to the press… and in turn to all other mediums of expression.

In the middle of the rehearsal period of the first (self written) play I was directing, our production company was informed by the venue that copies of the play had to be sent to 7 different government departments for approval. We complied and sent those scripts off pronto so as not to miss the opening dates of the show. Around the same time, another playwright/director was producing one of his new works. He too complied by sending his script off for approval. Approvals for his show came in from 5 departments. The two that did not provide approval were the CID (Criminal Investigation Department) and the Prime Minister’s Department.

In lieu of the fact that he was not allowed to mount his play and charge the public money to watch it, the playwright decided to hold 3 “open rehearsals” for an invited audience so that the cast could at least perform to a small audience what they had worked on. I was present at the first of these three performances in a hot sweaty rehearsal space along with 20 others… and was impressed by all the work the company had put in. The play soared and to great effect through the bare-boned staging I witnessed that evening.

A few days later we were informed that at either the second or third “open rehearsal” the authorities shut it down mid-performance and detained the playwright for possibly “sensitive and seditious” material in the play. (BTW… he was incarcerated for quite a while under what was called “the internal security act”)

This confused me because I witnessed  nothing of the sort at the performance I was at.  It was the era of the “boat people” and the play was about refugees. Part of the play was indeed about the exodus occurring at the time but also posed the notion that we are all refugees in some form or other… be it via familial, societal, employment or even inter-personal circumstances.

I learned two important lessons from that. First, if the content and substance of a piece is strong… coupled with creative staging and confident performance… it could play in just about any space. The second is that the (free) press is at the fore-front… a firewall as it were and is attached to all the other freedoms. Once the press is guided… everything else follows. “Guiding” means the state decides what the public should consume (as it did with this play)… and that is blatantly not freedom.

I will confess that up until that point I too subscribed to the virtues of a “guided democracy” for our young nation. After all, I grew up in that system. It was then I began to see and realize that this created an insidious complacency which discouraged real progress. Rights we once enjoyed were eroded and was rarely questioned by the “guided press” because it “threatened national interest”. A steady diet of “government approved stories” in turn stifled sources for critical thinking. Is that the drone-like society we want to live in?

It is no accident that the Rogue Festival is unabashedly a first amendment zone and celebrates those freedoms. Yes, the Rogue (like many fringe festivals) is a non-curated and non-adjudicated festival. It is no accident that 16 years ago when a small group of us created it, this was what appealed to us most. As such, it is the public that decides what it wants to consume and like… instead of “experts” or (God forbid) “officials” guiding our tastes. It goes a step further and even encourages the press as well as the paying public to sound-off by reviewing the shows.

Yes, performers are not thrilled by bad reviews… and yes, some reviews might be way off the mark. And guess what? There also exist great reviews… that also may be way off the mark. The ones you read and go to the show based on those reviews and think, “What was that person thinking when they reviewed this?” But that is part and parcel of freedom. After licking one’s wounded ego the intrepid performer can use this feedback to hone a better product.

Yes, I will continue to champion the freedoms enshrined in the first amendment because they are all interconnected. That is what festivals like the Rogue is ultimately about… a fun and adventurous way to celebrate these freedoms. May we never lose them.