Home bits and pieces first in half a month

first in half a month

OK… maybe a little more than half a month.

Yeah, I’ve been a tad busy. First half of March always is… and has been for lo these 16 years. 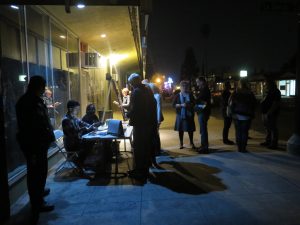 It was that time again when just like in nature, blossoms of creativity were popping up all over the Tower District. Although somewhat scaled down the fest delivered what it promised.  Kudos to the present organizing team and the many volunteers for a bang-up job. I know for a fact that it is not an easy thing to do… and they did it with class.

Not unlike the last few years I was hired to shoot some of the 50 odd shows on tap. I did six this year. It would have been seven… but six is better than none. Work having a bit of a dry spell since October made me (and the old bank account) a lot more appreciative for the work.

Apart from the shows I shot I only got to see 4 or 5 others this year. I usually catch at least 15 but my schedule was somewhat impacted with a different (and slightly related) project… that I’ll get to later. 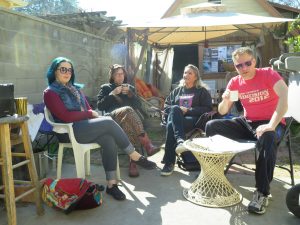 usually do at this time of year. Despite the need to conserve energy I had a good time.  As per usual, Salon was in full swing and conversations revolving around the business of the business and other stories were both a delight and informative.

As in years past, I was hoping more from the locals… at least in terms of theatre offerings in the fest. Some might argue that this is not really a theatre town. My counter to that argument is… it is more of a theatre town than when the festival first started. Ultimately, it still boils down to the local love for the safe haven of the tried and true instead of venturing into the bold and new.  There is hope though… and kudos to the handful of locals who did throw their hat into the ring.

This year it was also fun to chat with the producers of both the Nugget Fringe and the Applecore Fringe. Both young fests are located in Northern California and the producers came the first weekend to check out the Rogue as well as pitch their fests to performers in the fest. This is not unlike what I used to do at the SF Fringe in the early years of our own festival. Yes, my brain was picked but I’m more than OK with that.

… right in the middle of all that. Actually it was during the three “dark” days of the festival. 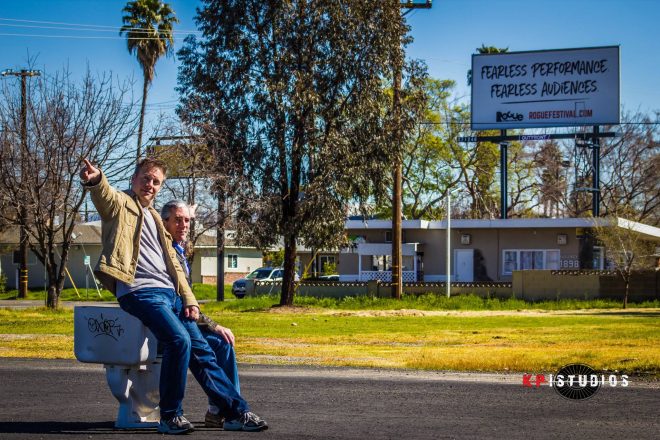 It happened six weeks before the festival when I was approached by Rogue veterans Kurt Fitzpatrick and Tommy Nugent about shooting a pilot script for a possible TV series they had developed. If I agreed they would both fly in to get the deed done. Also, that way they could use the talents of certain Rogue performers already here for their shoot.

The long and short of it is I agreed… despite the fact that we were slated to shoot 20 pages of a 30 page script in three days. So, we went about the task of putting together a small local crew to get the deed done. At the wrap on the last night I declared that we should all be mentioned in the bible because what we did accomplish was nothing short of a minor miracle.

Anyway, I’ll end this post here. That project is still gathering funding and if you are so inclined to contribute… GO HERE!

Below are some of the shenanigans from the shoot thanks to Kp Phagnasay of KP1 Studios who was part of our production management.

Until the next one… Cheers!